Netflix released the first look teaser of the second season of Altered Carbon. Fans got the first glimpse of Anthony Mackie as Takeshi Kovacs.

The teaser video of the sci-fi series charts the transformation of Takeshi (played by Joel Kinnaman in season one) into his Mackie-shaped skin.

The 50-second clip opens with a voiceover by The Falcon and the Winter Soldier actor, who says, "This is a ghost story," as he steps into the frame."Technology has conquered death. But with endless future, comes endless past."

They say we have conquered death - then why can we never escape it? 2.27.20 #AlteredCarbon

Altered Carbon narrates the story of a man named Takeshi Kovacs, who is the last surviving member of the Envoys, which is a rebel group comprising soldiers. They were vanquished while trying to take down the new world order.

The first season of Altered Carbon began 250 years after the defeat of the Envoys. But with the new season, Kovacs' stack is uploaded into a brand new body, Ryker (played by Joel Kinnaman), to decode the murder of the richest man in the universe.

After Netflix renewed Altered Carbon for Season 2, the streaming service announced Anthony Mackie would step into the lead role of Kovacs.

The official description on Netflix reads, "Haunted by his past and responsible for investigating a series of brutal murders, Kovacs is stunned to discover his new mission to solve the crime and his pursuit to find Quell are one and the same. With the help of his loyal AI Poe (Chris Conner), Kovacs must now partner with new allies to outwit his enemies and find the truth: Who is Quellcrist Falconer?" 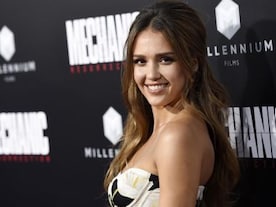