UK Election 2017: Ahead of negotiations with Brussels, 'hard' vs 'soft' Brexit debated

London: Supporters of "hard" and "soft" Brexit tried to take advantage of the political chaos in Britain on Monday to promote their visions amid fears that their rivalry could revive old divisions in the Conservative Party.

Prime Minister Theresa May is in a weakened position after losing her parliamentary majority in last week's snap election, leaving her vulnerable to both hardliners and moderates in her party. "May has lost all authority on Brexit and everything else. All options are back on the table," Stephen Barber, associate professor of public policy at London South Bank University, told AFP.

Under the "hard Brexit" scenario, which has prevailed so far, Britain would leave the European single market and the customs union and curb EU immigration.

It would also leave open the option of walking away from the negotiations with no deal in place — a decision that many businesses warn could be disastrous.

Sparring between the two sides is in full force ahead of the scheduled start of complex negotiations with Brussels next week, with a tight timetable that would see Britain leave the EU in March 2019.

Setting the tone, Michael Heseltine, a leading pro-European Conservative told the BBC's Andrew Marr Show on Sunday that "hard Brexit" was "the cancer gnawing at the heart of the Conservative Party".

In the hours immediately after Thursday's embarrassing election setback for the Conservatives, British media reported that finance minister Philip Hammond had told May she needed to put "jobs first" in any new deal with Brussels.

Scottish Conservative leader Ruth Davidson, whose 13 MPs saved May from election disaster, said the government should "think again" about its approach.

She has called for an "open Brexit" strategy that would focus on retaining trade ties and has said she wants a role in devising the government's policy.

Scotland voted by 62 percent to remain in the European Union in last year's historic referendum but it wasn't enough to change the overall UK result, with 52 percent in favour of leaving. 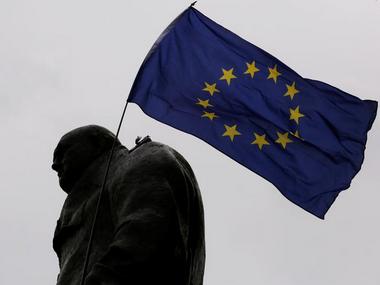 Arlene Foster, leader of Northern Ireland's Democratic Unionist Party, will also have an important voice as the government will have to rely on her party's 10 MPs to effectively govern.

While her party supported Brexit, Northern Ireland voted to remain in the EU and many residents have voiced concern about the return of border checkpoints which were removed over a decade ago.

Foster, who is due to meet May on Tuesday, could insist that Britain stay in the customs union, and that would probably make it easier to keep an open border with the Irish Republic.

Defence Secretary Michael Fallon said on Sunday that the plans were unchanged but added it was "very, very important that we're careful about the existing trade that we do with Europe, about access to the single market".

He also said that there should be "some agreement on the immigration that we can accept from Europe".

Brexit minister David Davis took a harder tone, however, when he took to the airwaves on Monday.

"The reason for leaving the single market is because we want to take back control of our borders. They're not compatible," he told BBC radio.

Asked about the possibility of a Norway option, he answered: "We're not going down that route."

He also said the government was still open to not accepting a bad deal.

"It's important we have the option if it comes down to it to walk away," he said.

May's appointment of top Brexit campaigner Michal Gove to the cabinet on Sunday could help bolster the "hard Brexit" view.

Financial Times columnist Wolfgang Munchau warned against overestimating the effect of Britain's election on Brexit strategy, as many of the decisions will depend more on its EU partners.

"The degrees of hardness and softness are not unilateral choices to be taken by the UK electorate," he wrote.

"The only conclusion I can draw... is that the election has changed absolutely nothing for Brexit".