Indians under attack in US: American dream turning into nightmare for immigrants

Over 2.3 million people of Indian origin live in the USA. All of them are brown, sandy-coloured or black. And it doesn't matter if Americans in the midwest are mistaking them for Arabs or Muslims or terrorists or whatever. Murder is murder, and prejudice is just that — evil every which way.

Harnish Patel lived in South Carolina, a place linked inexorably to the slave trade. This 43-year-old Indian shop owner, his wife, and their two children were liked and respected by the community and held in high esteem. But that didn't stop him from being shot in cold blood. 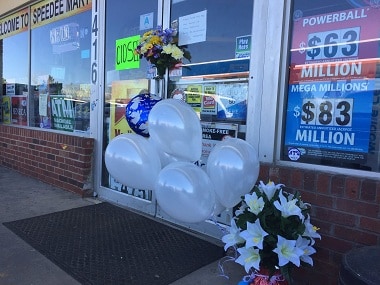 Barry Faile, sherrif of Lancaster county, has said there is no evidence of it being a hate crime. What he meant was, there is no graffiti saying "Go back to your country", no crosses burning on his lawn.

I don't believe in coincidences. Two benign Indians, both pillars of their social circle, have been being shot in the same week in the confederate strongholds — it's just not one of those things. It doesn't matter, as I said, if Harnish were called Hidayat. The fact is hate against immigrants is on the rise, and a country like India now needs to raise the ante with Washington. The US needs to go beyond aiding the next of kin — though it's great and is appreciated — by letting President Donald Trump know that there will be consequences.

I am sitting in Delhi, talking to my sister's daughter, who is a US citizen, and asking her how safe it is. And she, for the first time, has a quiver in her voice and she is saying, is it a trend? And that is the scary part. Is the shooting in cold blood of coloured people a codicil to the new administration.

One would like to think not. But there seems to be a subliminal message hovering in the air, that white supremacy is in the ascendancy, and the US offers them first rights and first choice.

I would be the first to agree that Americans are incredibly good people as individuals. They are likeable, honest, and call it like they see it. But they have to wake up to the "them and us" gospel which is going around. This sort of mayhem by gun toting fanatics can spread to other communities, including the African-Americans and the Hispanics who make up a sizeable chunk of the population.

The fact is that Washington can do nothing. The hate mail has been posted, stamped and delivered. How do we get that letter of hateful intent back? Perhaps it is time for Indians living in the midwest to come together for their own sake and seek security for themselves and their families by pooling their resources.

Maybe move out to the West coast. Hurt the midwest cities where it hurts — in the pocket.

Or perhaps New Delhi should step in and turn push to shove with this administration.

When will this end? How many people will be killed before we wake up to the fact that our people, whether on visas or green cards, as students or passport holders or citizens are in the cross hairs. The sheer helplessness of chasing the American dream is turning into a nightmare and the answer is truly blowing in the wind.