Twitter CEO Jack Dorsey defended his company’s ban of President Donald Trump in a philosophical tweet thread that is his first public statement on the subject. When Trump incited his followers to storm the US Capitol last week, then continued to tweet potentially ominous messages, Dorsey said the resulting risk to public safety created an “extraordinary and untenable circumstance” for the company. Having already briefly suspended Trump’s account the day of the Capitol riot, Twitter on Friday banned Trump entirely, then smacked down the president’s attempts to tweet using other accounts.

"I do not celebrate or feel pride in our having to ban @realDonaldTrump from Twitter," Dorsey wrote. But he added: "I believe this was the right decision for Twitter."

Dorsey acknowledged that shows of strength like the Trump ban could set dangerous precedents, even calling them a sign of “failure.” Although not in so many words, Dorsey suggested that Twitter needs to find ways to avoid having to make such decisions in the first place. Exactly how that would work isn’t clear, although it could range from earlier and more effective moderation to a fundamental restructuring of social networks. 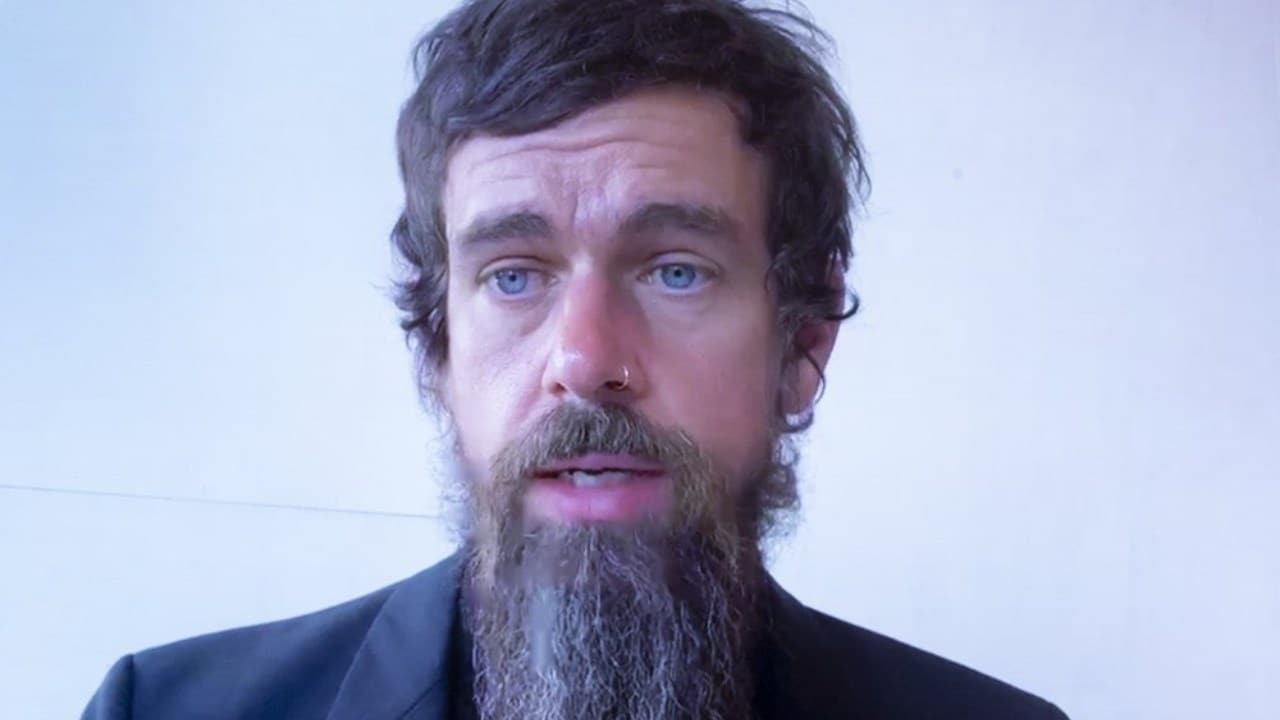 Twitter CEO Jack Dorsey appears on a screen as he speaks remotely during a hearing before the Senate. Image: AP

In Dorsey-speak, that means Twitter needs to work harder to "promote healthy conversation."

I do not celebrate or feel pride in our having to ban @realDonaldTrump from Twitter, or how we got here. After a clear warning we’d take this action, we made a decision with the best information we had based on threats to physical safety both on and off Twitter. Was this correct?

Extreme measures such as banning Trump also highlight the extraordinary power that Twitter and other Big Tech companies can wield without accountability or recourse, Dorsey wrote.

While Twitter was grappling with the problem of Trump, for instance, Apple, Google and Amazon were effectively shutting down the right-wing site Parler by denying it access to app stores and cloud-hosting services. The companies charged that Parler wasn’t aggressive enough about removing calls to violence, which Parler has denied.

Dorsey declined to criticize his Big Tech counterparts directly, even noting that “this moment in time might call for this dynamic.” Over the long term, however, he suggested that aggressive and domineering behaviour could threaten the “noble purpose and ideals” of the open internet by entrenching the power of a few organizations over a commons that should be accessible to everyone.

The Twitter co-founder, however, had little specific to say about how his platform or other Big Tech companies could avoid such choices in the future. Instead, he touched on an idea that, taken literally, sounds a bit like the end of Twitter itself — a long-term project to develop a technological “standard” that could liberate social networks from centralized control by the likes of Facebook and Twitter.

But for the moment, Dorsey wrote, Twitter’s goal “is to disarm as much as we can, and ensure we are all building towards a greater common understanding, and a more peaceful existence on earth.”