The 17-page document covers the first stage of the plan which will span two years, ending 2022.

Russia has launched a new climate change plan that is supposed to help the country deal with the effects of climate change on the country while also making some changes to their lives in order to also adapt to the changes. Situated in the northernmost part of the Eurasian continents, over 60 percent of Russia's land is located on permafrost.

While only a small portion of Russian citizens live in these areas, permafrost is notorious for holding the bulk majority of natural resources like oil, methane and other carbon emissions, gold, etc. If the ice that form it were to melt away, it would spell disaster for the country in both the economic and ecological fronts. The Russian environment Minister has said that the country is warming faster than the global average — something even President Vladimir Putin reiterated in his recent annual press conference.

"The temperature in Russia is rising 2.5 times faster than the planet's average. Russia is a northern country, and 70 percent of our territory is located in the northern latitudes. Some of our cities were built north of the Arctic Circle, on the permafrost. If it begins to thaw, you can imagine what consequences it would have. It would be a disaster", said Putin. In the past, Putin has also expressed his opinion that human beings aren't the cause of climate change. Despite evidence pointing otherwise, Putin states that it is impossible to find out how human activity can affect climate change.

This new plan might be able to help in the mitigation of some of the effects of climate change but that depends on the implementation and how much of the released carbon is being cut down year-on-year.

Published on the Russian Ministry of Economic Development website on Saturday, the plan acknowledged the issue of climate change and put forth an outline on how the country will try to act to mitigate the damage from warming while using warming temperatures to their advantage. 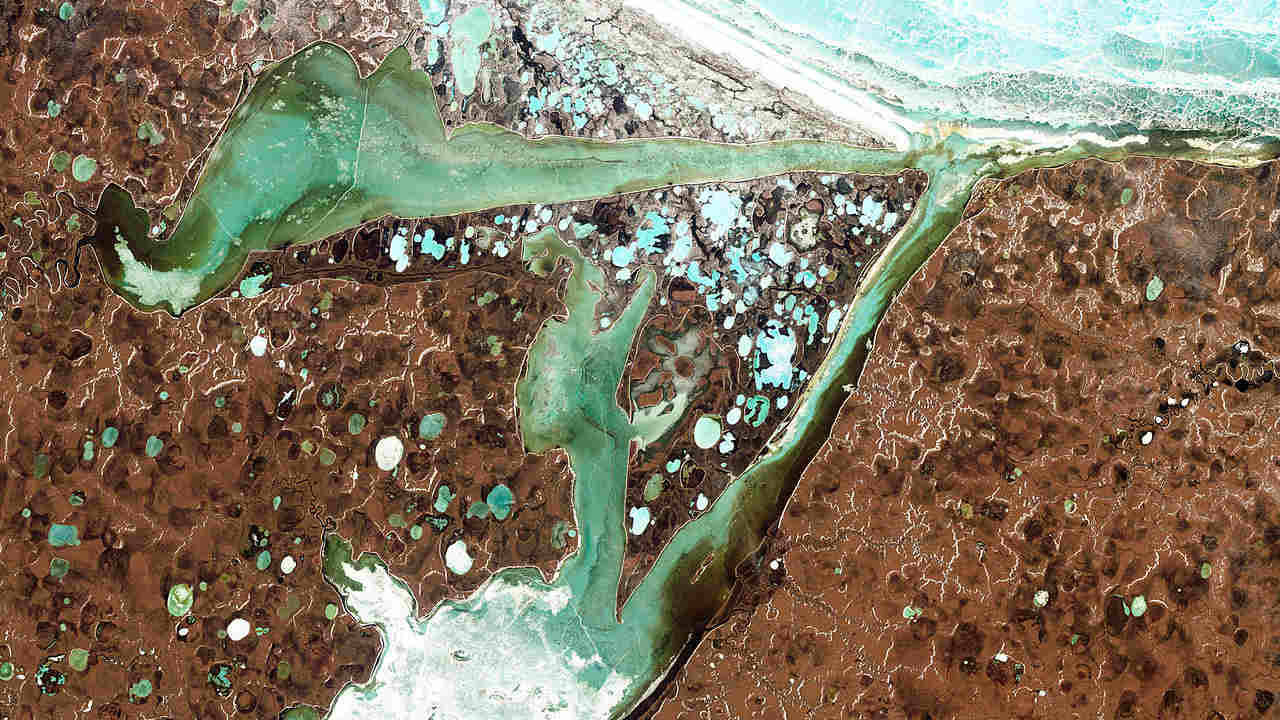 Around 60-70 percent of Russia is located on permafrost. image credit: Wikipedia

The 17-page document covers the first stage of the plan which will span two years, till 2022. It acknowledged the global crisis and said that it has "a prominent and increasing effect" on the country’s industry, socioeconomic development and the health and well-being of the population and can lead to the wildlife losing their natural habitats. It will also work to "lower the losses" of global warming.

There are around 30 preventive measures mentioned in the plan, including more construction of dams, increasing in the use of drought-resistant crops, and crisis preparations measures like emergency vaccinations or evacuations in case of a natural disaster. Other measures include the government calculating the risks of Russian products becoming uncompetitive and failing to meet new climate-related standards, as well as including climate change into the school's curriculum to teach children about climate change.

Some of the positive effects of climate change in the Arctic and other cold regions in the north are decreased energy use, expansion of agricultural areas and navigational opportunities in the Arctic ocean, as per AFP.

The plan also has a section that lays the groundwork for various government agencies to follow in the years to follow.