Dawn will lose its ability to communicate with Earth, but will remain in a silent orbit around Ceres.

After 11 years of gathering breathtaking imagery, and performing unprecedented feats of spacecraft engineering, Dawn – NASA's space probe for the asteroid belt – is drawing to a close due to lack of a key fuel, the US space agency said.

Launched from Cape Canaveral Air Force Station in September 2007, Dawn was majorly tasked to study two of the three known protoplanets of the asteroid belt Vesta and Ceres, which when combined, make up 45 percent of the mass of the main asteroid belt.

The spacecraft is likely to run out of a fuel known as hydrazine, which keeps it oriented and in communication with Earth – between September and October. 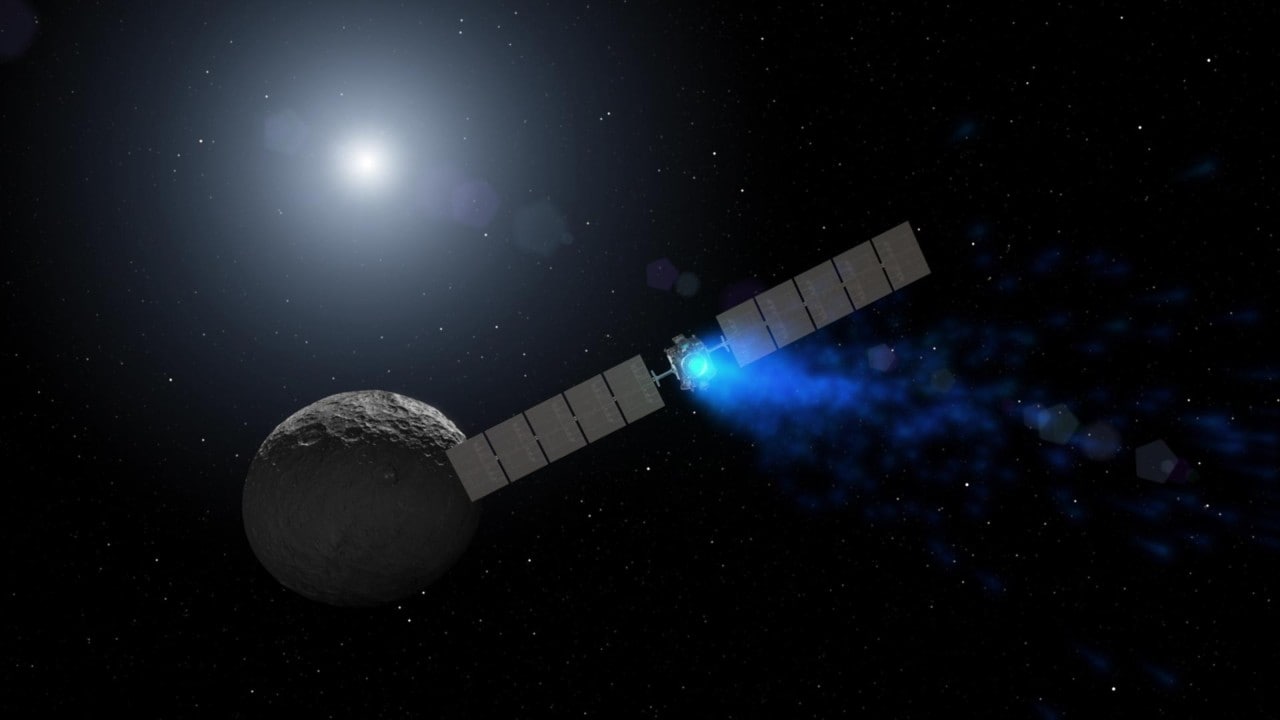 When that happens, Dawn will lose its ability to communicate with Earth, but will remain in a silent orbit around Ceres for decades, NASA said in a statement late on Thursday.

"Not only did this spacecraft unlock scientific secrets at these two small but significant worlds, it was also the first spacecraft to visit and orbit bodies at two extraterrestrial destinations during its mission," Lori Glaze, acting director of the Planetary Science Division at Headquarters in Washington, said.

From 2011 to 2012, the spacecraft swept over Vesta, capturing images of craters, canyons and even mountains of this planet-like world.

Then in 2015, Dawn's cameras spotted a cryovolcano and mysterious bright spots on Ceres, which scientists later found might be salt deposits produced by the exposure of briny liquid from Ceres' interior.

"Dawn has shown us alien worlds that, for two centuries, were just pinpoints of light amidst the stars. And it has produced these richly detailed, intimate portraits and revealed exotic, mysterious landscapes unlike anything we've ever seen," said Marc Rayman, Dawn's mission director and chief engineer at NASA's Jet Propulsion Laboratory, in California. An image captured by Dawn spacecraft of part of dwarf planet Ceres's surface in its northern hemisphere. Image courtesy: NASA/JPL

It has continued to gather high-resolution images, gamma ray and neutron spectra, infrared spectra and gravity data at Ceres.

Nearly once a day, Dawn will swoop over Ceres about 35 kilometers from its surface – only about three times the altitude of a passenger jet – gathering valuable data until it expends the last of the hydrazine that feeds thrusters controlling its orientation.

Engineers have designed Dawn's final orbit – around Ceres, which has no atmosphere – to ensure it will not crash for at least 20 years, and likely decades longer, NASA said.

According to Rayman, Dawn's is "an inert, celestial monument to human creativity and ingenuity."