Monsoon madness: COVID-19 is still active but India's large-scale extreme events are just around the corner

A “normal” monsoon does not guarantee there won't be floods and droughts across the country as everything about the monsoon is changing.

The entire world and the country are focused on COVID-19 and debating the safest ways to relax the lockdowns. Everything about the post-COVID world is being debated as can be expected by the uprooting of the entire system by this little virus. To add to the misery of COVID-19 lockdowns, Cyclone Amphan left a trail of disaster behind and deeply impacted the testing and tracing of COVID-19 and left scores of returning immigrant labourers homeless. But India cannot lose sight of the monsoon season which is right around the corner.

Even the good news of reduced pollution due to worldwide lockdowns may end up spelling bad news for the monsoon. The surface temperature anomalies over the last few months show a cooler than normal Indian subcontinent and a warmer than the normal Indian Ocean which can mean a delayed onset. India Meteorological Department (IMD) has however called for normal onset and a normal season. 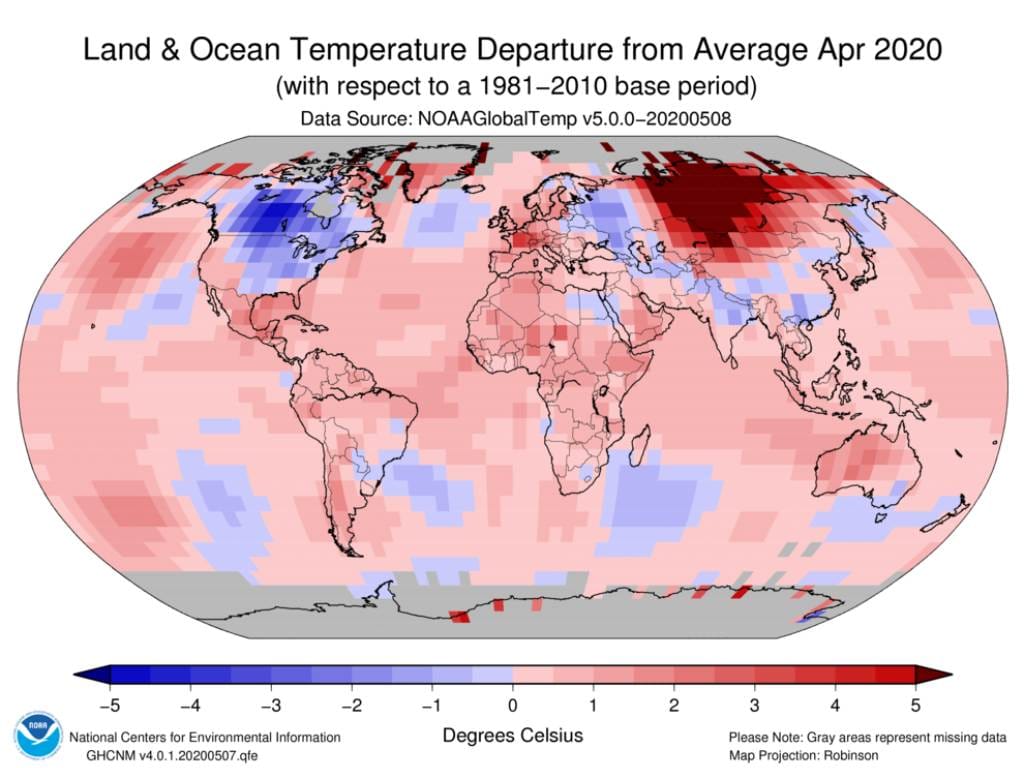 But even a “normal” monsoon does not guarantee that there will not be floods and droughts across the country. Everything about the monsoon has been changing and the Indian Ocean continues to warm even as the lockdowns reduce pollution and greenhouse gas emissions. The warm Indian Ocean is a blessing since it provides the enormous amount of moisture needed to maintain the monsoon. However, the droughts and floods are being exacerbated by the warming Indian Ocean. Land warming is not directly related to extreme rain events (EREs) over most of India since the moisture mostly comes from the oceans.

The definition of EREs matters in interpreting the past changes and their dynamic drivers. Counting heavy rain events at each location as EREs can lead to an over-counting if there is a growing aggregation of the EREs. Because the EREs at different locations can be a part of the same large system if there is a spatial aggregation of EREs. Akshaya Nikumbh, a graduate student from the Center for Atmospheric and Oceanic Science at IISc, and her advisors reported last year that there has indeed been an increase in spatial aggregation of EREs. The question is - Are large-scale extreme rain events (LEREs) increasing in number? What processes lead to such an aggregation is also an important question for continued improvements in monsoon predictions.

The key question is how the aggregation is being facilitated. Akshaya just published a new article which answers this key question. An earlier study had suggested that the LEREs were becoming more frequent and that additional moisture from the Arabian Sea was supporting these LEREs. The new study adds further details and dynamical insights. 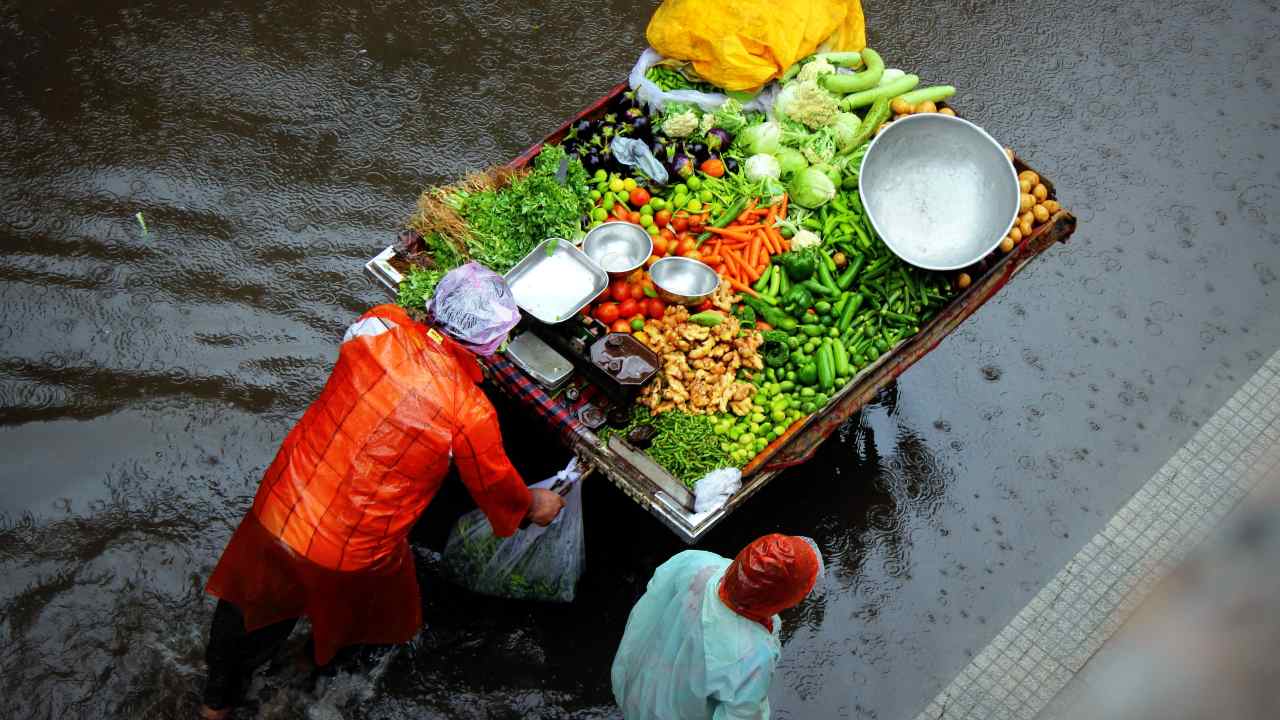 A vegetable vendor pushes his cart through a flooded street.

The west coast of India receives copious amounts of rain because the moist south-westerlies are forced to climb the Western Ghats resulting in the air cooling and the moisture being dumped as metres of rain. However, the more frequent Kerala and Mumbai floods have made it amply clear that EREs are increasing along the west coast as well. The direct pumping of the moisture by the south-westerlies and the orographic lift sets up a system of so-called Secondary Cyclonic Vortices (SCV). A cyclonic circulation associated with a rising motion at the centre with a vertical flux of moisture. The vertical motion again leads to expanding air because the pressure in the atmosphere decreases with height. The expanding air cools and the moisture condenses releasing the energy that is picked by the moisture where evaporation occurs. These are the same processes that energise cyclones and produce large amounts of rains from them.

The Indian monsoon is also characterised by the so-called Low-Pressure Systems (LPSs) that originate in the Bay of Bengal and truck in the moisture to contribute about 50 percent of the seasonal rainfall. However, a majority of the LPSs which typically range in number of up to 15 or higher each year, lead to EREs. Some of the LPSs are produced at around 15N in the Bay of Bengal and some more to the north around 20oN. The new study diagnoses the details of the encounter of the more southerly LPSs with the SCV in the west and shows that this union of the synoptic systems from the west and the east is critical for producing LEREs. The LPSs in the southward genesis region also move more slowly than the ones generated in the northern Bay of Bengal. This slow movement tends to let them accumulate more rainfall and enhance the total amount of rain in LEREs.

A very large-scale convective system stretching from southeast to the northwest between the latitudes of 15N to 20N is the net result of this confluence of the SCV and LPSs. This region of convection acts as a furnace fuelled by the moisture flux from both the Arabian Sea and the Bay of Bengal to produce LEREs and the heavy floods. The cost of such LEREs is now more than three billion dollars per year.

Unlike the typical convective systems requiring a build-up of energy and instabilities in the atmosphere, the LEREs are supported by the energy released from the moisture brought in by the SCV and the LPSs. This raises the ante on the future of LEREs considering the warming of the Indian Ocean, especially the Arabian Sea. The LPSs appear to be increasing at synoptic scales of a few days but decreasing at the active/break periods of 10-20 and 30-60 days. This explains why the monsoon active periods are becoming more intense at 4-5 day timescales. 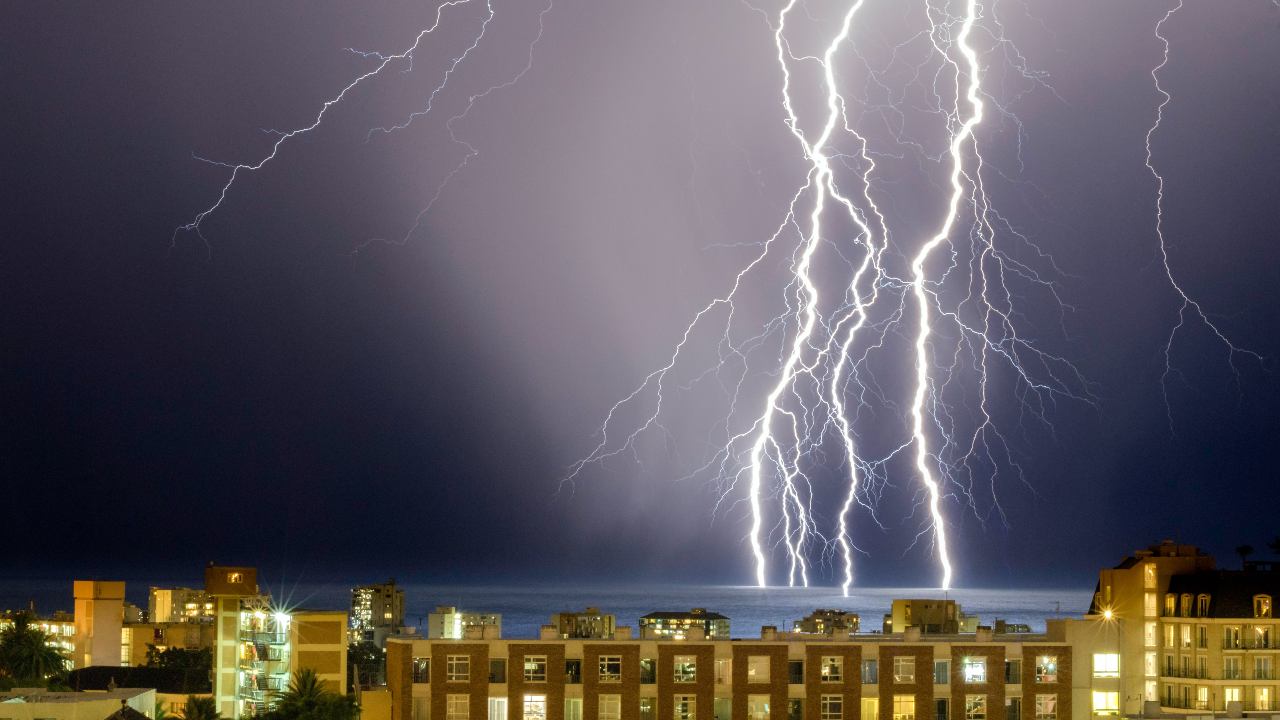 Once India is past this crisis and past this monsoon season, it needs to prepare for the projected continuation of large-scale extreme rain events.

LPSs have always been an integral part of the active/break cycles and critical for the crop calendar. The active/break cycles are responding to global warming with the active spells becoming more intense and the break periods more frequent. It is obvious that the monsoon system is quite complex and treating it piecemeal as different processes from onset to withdrawal with interspersed actively/break spells can be a barrier to advancing holistic monsoon understanding and predictions. This is especially the case for EREs and LEREs. There appears to be a relation between the onset, the withdrawal, the length of the rainy season and the distribution of rain within that season as well as the frequency, duration and intensity of active/break events and EREs and LEREs within them.

The new mechanistic understanding of LEREs is a critical step towards potentially improving their forecasts. Considering the massive destruction of the floods in the last few years, such advances cannot come soon enough. But this upcoming monsoon season is much more worrisome. How will the LEREs add to the COVID-19 misery?

Once India is past this crisis and past this monsoon season, it needs to prepare for the projected continuation of LEREs. India has to balance its growing food demand, urbanisation, and its commitments to the Paris Agreement and its Nationally Determined Contributions. India’s NDCs include an increased terrestrial carbon sink of up to 3 GT CO2eq by 2030. Land conversion to agriculture and urbanisation will continue to increase the probability of floods due to LEREs whereas reforestation and afforestation to meet the NDCs should reduce the impacts of LEREs in some regions.

India will need to continue its efforts to reduce socio-economic vulnerabilities to hydroclimatic hazards which have had some success due to women’s education, moving marginal workers to mainstream workers, and such. Improved predictions of weather, climate and storm surge/inundation and wave forecasts have also added to better disaster management which must now extend to improved LERE predictions. The investments in human and computational resources and disaster management are thus all about managing the unavoidable when it comes to the expected increases in LEREs in the coming years and decades.

In the immediate days and weeks, India needs all the resources it can muster to deal with the coming vagaries of the monsoon and the devastation it may pour onto ongoing and unresolved COVID trauma.

The writer is a professor of Atmospheric and Oceanic Science and Earth System Science at the University of Maryland. He is currently a visiting professor at IIT Bombay.