For a country like India, whose lifeline is the monsoon, IITM-Pune is a jewel in its crown.

Way back in 1875, shortly after a series of extreme weather incidents like the tropical cyclone that hit Calcutta in 1864, famines in 1866 and 1871 when monsoons failed, it was decided that a new organisation – the India Meteorology Department (IMD) – needed to be set up to collect and analyse all observations of atmospheric changes, weather and weather predictions. From its modest beginning in 1875, the IMD has steadily grown in meteorological observations, monsoon forecasting, weather services and communicating its products and services to many sectors that depend on it, agriculture more than anything else. 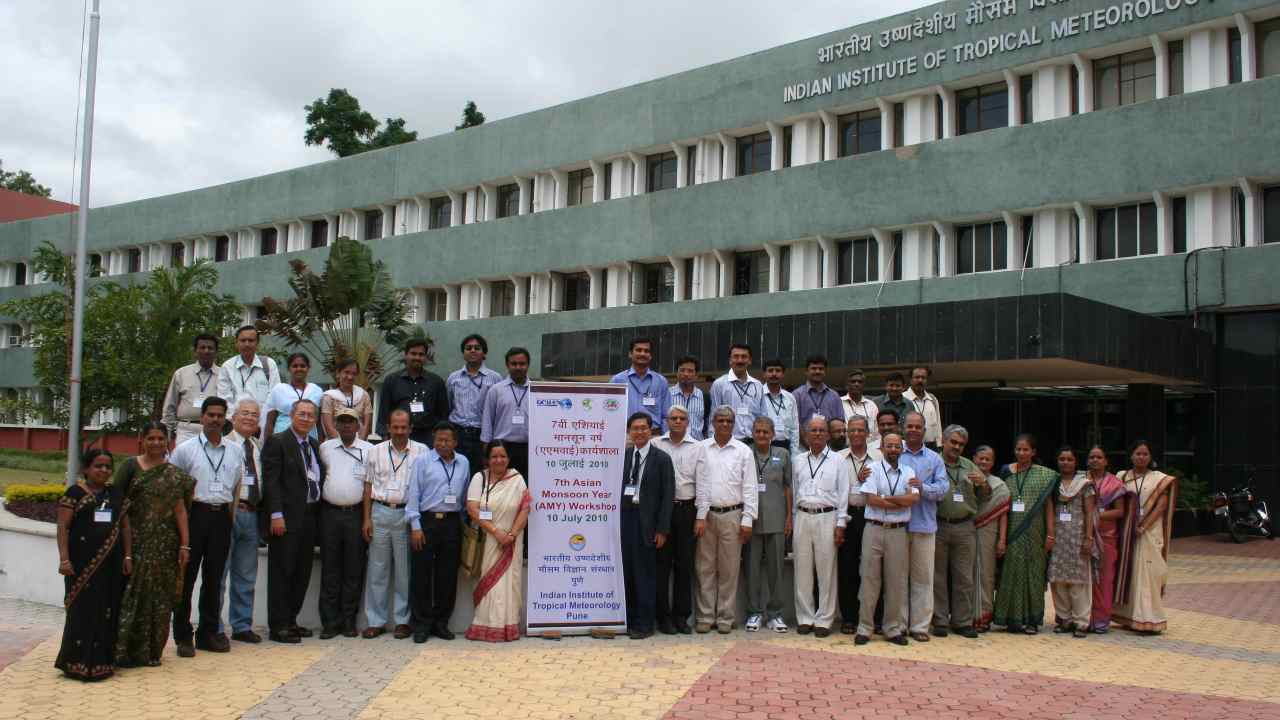 IITM came into the aegis of the Department of Science and Technology in 1985 as an autonomous institute and then directly under the Ministry of Earth Science since the year 2006. The stated vision for the institute is: to make IITM a world centre of excellence in basic research on the ocean-atmosphere climate systems required to improve weather and climate forecasts. IITM has grown steadily to become a force to reckon with – not just in India, but also worldwide. While it always had a vibrant doctoral program, a large push was initiated around 2009 to hire lots of young scientists and graduates in engineering and sciences for training in-house. This was done both, to nurture its own breed of climate scientists, as well as supplying some trained scientists to other MoES labs such as INCOIS, NIOT, NCPOR and NCMWRF.

The initiative of hiring engineering and science graduates and training them in-house as climate scientists was certainly a novel one, yet it was suspended due to logistical issues and needs to be revisited to assess its true feasibility. This, particularly because producing more and more Ph.Ds in climate alone isn't a good strategy for a country like India, where employability is critical for any educational program.

Areas of research at IITM encompass several specialties – climatology, paleoclimatology which include tropical meteorology, atmospheric and oceanic sciences, weather and climate modeling & predictions, cloud physics, atmospheric chemistry, land processes and hydrometeorology among others. Theoretical and observational aspects are also within IITM’s purview – they rely on methodologies such as dendroclimatology (tree rings for inferring past climate), satellite and radar meteorology, flux towers and aircrafts that measure greenhouse gases, air pollution, air chemistry, and cloud parameters for their weather and climate information. 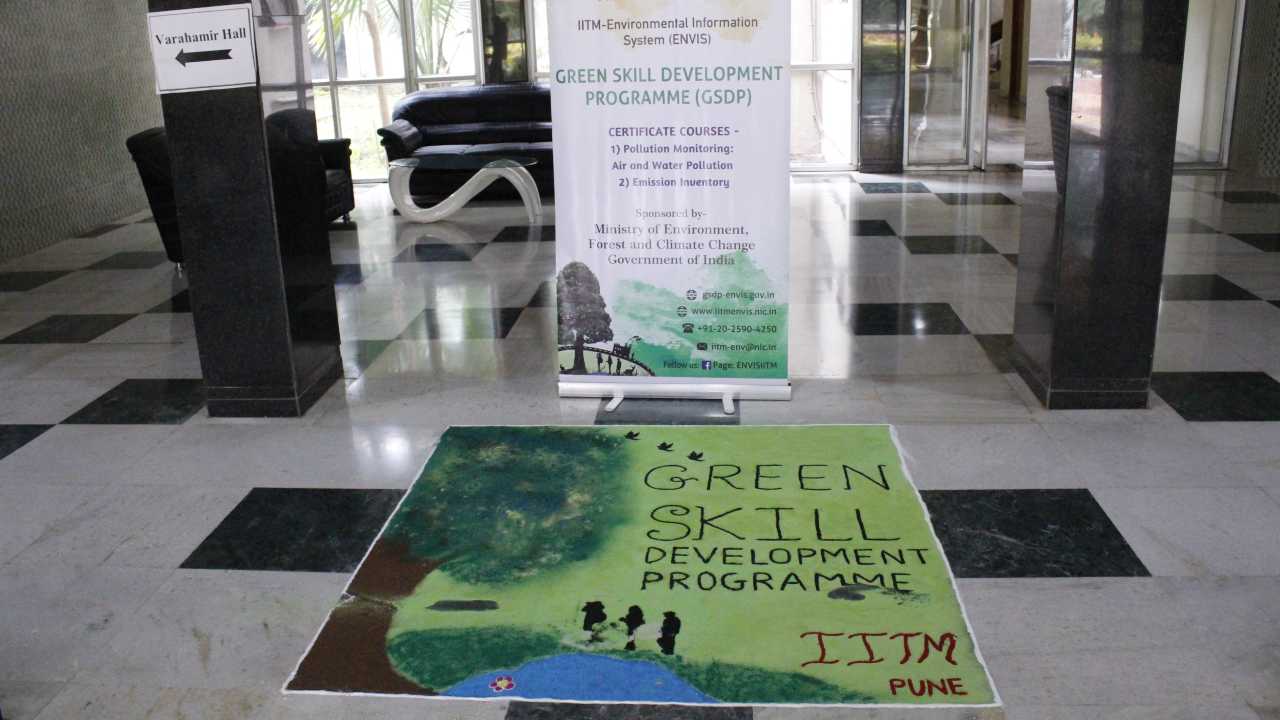 To see their vision through, IITM carries out a range of activities, from climate variability and change simulations and projections, greenhouse gas studies, cloud physics and dynamics, cloud seeding and thunderstorms, air quality monitoring to forecasts, ocean, land, atmosphere data analysis and modeling. One of the more recent major activities initiated was the development and implementation of a dynamic monsoon modeling and forecast system. It started with an MoU with NOAA-USA and the adaptation of the NOAA model called the Climate Forecast System or CFS. NOAA-CFS is a global model and generates global climate forecasts, however, NOAA’s focus has never been India or the monsoon.

IITM developed a very innovative approach called the Monsoon Mission which invited global climate scientists to submit proposals for funding to improve NOAA-CFS for monsoon simulations and forecasts. Teams from Japan to India to Europe to the US were funded to address the many challenges of climate prediction for India. Annual meetings of teams from all these countries, funded by the Monsoon Mission were held at IITM and were some of the most exciting exchanges of ideas and led to numerous improvements and publications on CFS. The result has been a much-improved CFS model with a far greater focus on India’s climate prediction needs. 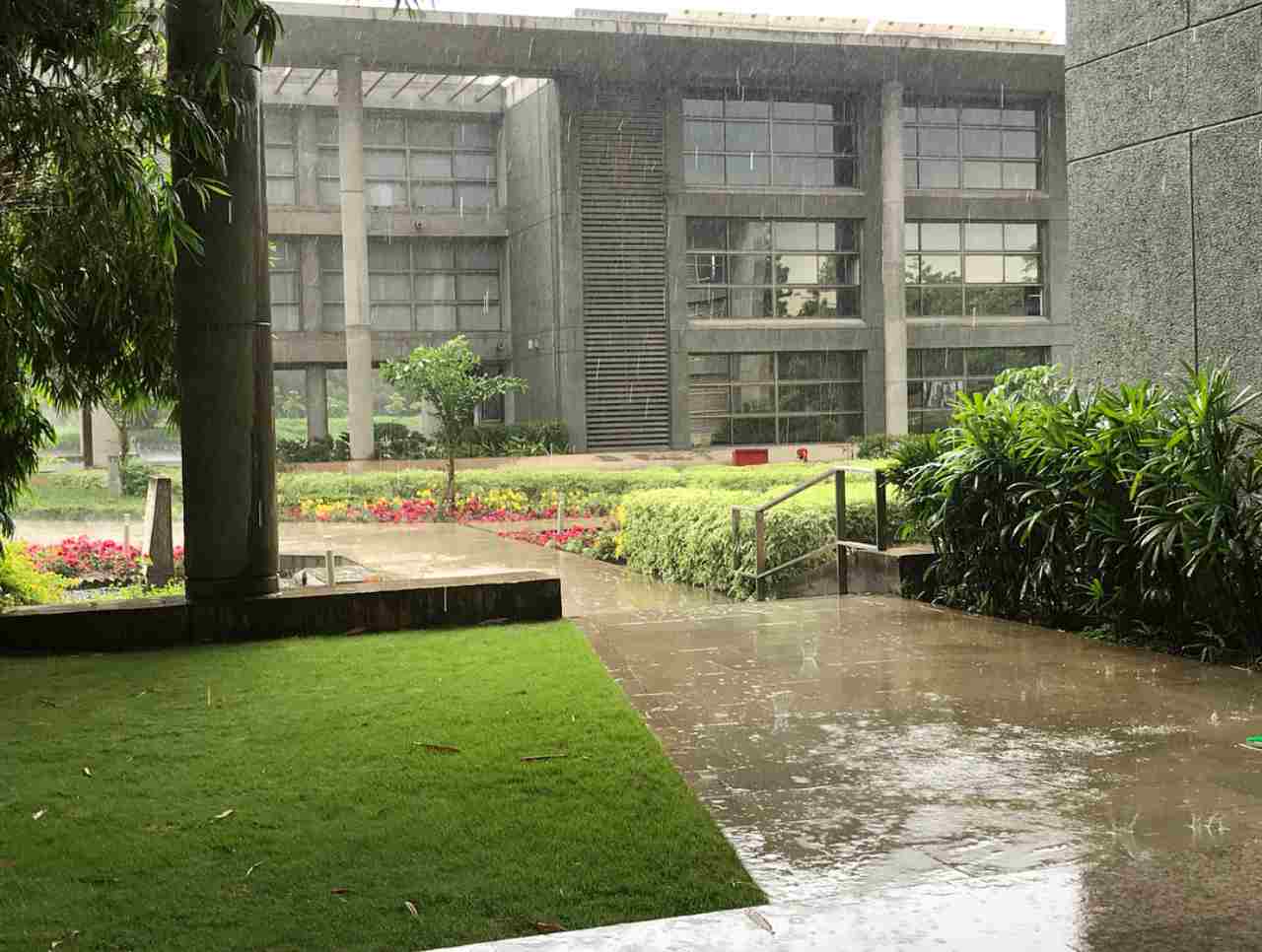 A rainy day at the IITM office. Image: IITM

The second phase of the Monsoon Mission invited proposals to exclusively address the applications of climate predictions for societal problems such as water, agriculture, energy, and health. A new set of projects are being funded starting in 2019 and can only be expected to yield as exciting advances as the first phase of the Monsoon Mission did. In the meantime, IITM also established a Center For Climate Change Research or the CCCR to develop CFS from a climate model into an Earth System Model (ESM). The main difference between a climate model and an ESM is that the ESM not only includes the physical climate components like the ocean, atmosphere and land but also the ecosystem and biogeochemical components in the ocean and the carbon cycle in the atmosphere.

For the first time, India is now participating in the IPCC Assessment Reports that are generated every 7 years, with the next one due in 2021. The so-called Assessment Report 6 or AR6 involves massive computations of the preindustrial and 20th-century simulations as well as future projections – a massive undertaking indeed. But this is also an effort that will put India on the global stage. The scale of computation going into all the activities mentioned above requires a dedicated High-Performance Computing Center. IITM has established just such a center on its Pashan campus in Pune. In addition to serving the needs of IITM, it will also support the many investigators working on Monsoon Mission projects. The systems developed at IITM now cover predictions and projections at the short and medium range (one to three and three to ten days), extended range (two to four weeks), seasonal to interannual (three to twelve months), and decadal to centennial (ten to hundred years).

IITM is among the few centers in the world to cover the entire gamut of weather and climate simulations, predictions and projections. It transitions its systems to IMD, the parent agency serving the many forecast needs for India as well as many countries in the region in Asia and Africa. IITM also conducts training and awareness workshops regularly. A regional leadership that is much welcome and needed considering India’s own interests.

IITM divvies its efforts into projects like the CCCR, Monsoon Mission, Physics and Dynamics of Tropical Clouds, Metropolitan air quality and weather service, short-term climate variability and prediction, the National facility for airborne research, Development of skilled manpower in Earth system sciences, and HPC. It delivers products online like SAFAR – the System of Air Quality and Weather Forecasting And Research; Short, Medium, Extended range and Seasonal Predictions, the Climate data portal, and the Environmental Data Center.

Even a drive past the IITM on Pashan Road in Pune is awe-inspiring, with its digital display of air quality, the main building and the conference center Meghdoot visible from the street. And that's not to mention the graffiti that describes the work IITM actually does.

For a country like India, whose lifeline is the monsoon, IITM is a jewel in its crown. Here's wishing it continues its success in serving the nation’s needs.