Extreme rainfall, droughts and heatwaves have hit Karnataka, Telangana, Chattisgarh, Odisha and the Northeast with increasing intensity and frequency.

Global warming and human activity like urbanisation and deforestation have caused a lot of evident damage to the climate and environment in recent years. One of the most dramatic impacts of these changes in recent years has been the increase in hydroclimatic hazards — But it isn't all gloom and doom — there is a silver lining in the dark cloud of this growing threat, which is only projected to increase further in the near future. The vulnerability of societies in India to these hazards has decreased from the decade ending 2001 (1991-2000) to the decade ending 2011 (2001-2010).

This is a big concern in developing nations, where the cost of defending residents and recovering from extreme weather events is viewed as a compromise to economic growth. This, in the view of several experts (economists included), is an unfair burden on developing, climate-vulnerable nations, when they haven't had a proportionate role to play in the historic levels of polluting emissions.

Environmental campaigners said the EU should step up its efforts to reach the 2015 Paris Agreement target. Image credit: AP

The Intergovernmental Panel on Climate Change (IPCC), the international United Nations body that produces periodic climate assessments and climate change projections, defines 'vulnerability' as a function of the kind, magnitude, and rate of climate variation that the system in question is exposed to. Vulnerability depends on the sensitivity of a system and its capacity to adapt — the degree to which the system is susceptible to, or unable to cope with, adverse effects of climate change like variability and extremes.

The growing threat of hydroclimatic hazards isn't an ultimatum — and can be mitigated by medium-term measures like reducing deforestation, large-scale afforestation, appropriate infrastructure, and housing constructions, etc. Measures to adapt to these hazards include better weather and climate forecasting, early warning systems on top of educating and preparing the populace on how to respond to such early warning signs once announced. A well-informed investment in measures like these is only possible after the physical and socioeconomic drivers of the hazards and resulting SoV are well-understood. While there have been many advances and studies in modeling the characteristics of these hazards, the IIT-B study is the first to report the spatial and temporal distribution of SoV throughout India.

The most interesting findings from the study are that social vulnerability has declined in the past decade. This is primarily because the literacy rate and conversion rate of marginalized groups to the working population, and a decrease in child population due to use of birth control. An increase in the probability of the occurrence hazards is evident over significantly large portions of India, particularly over Karnataka, Maharashtra, Odisha, North-Eastern states and Telangana.

The spatial pattern of increase is similar for all three hazards — extreme precipitation, heatwaves, and drought. The net result is a notable increase in risk from these hazards despite the reduced SoV. On analysing the mortality data further, the researchers found that the deaths per million from each of the hazards have either decreased or remained roughly the same from the earlier decade to present. Mortality is, therefore, on the decline despite the growing risk of hazards in India. As a result, there has been an enhanced capacity for adaptation due to the decadal decrease in SoV observed.

Further details indicate that the reduction in SoV for the decade ending 2011 is also associated mostly with the conversion of marginalized workers to mainstream workers during the recent decade. This is a remarkable accomplishment considering that over 54 percent of the total districts showing an increase in the probability of occurrence of extreme precipitation events and lesser but significant increases in heatwaves and droughts. 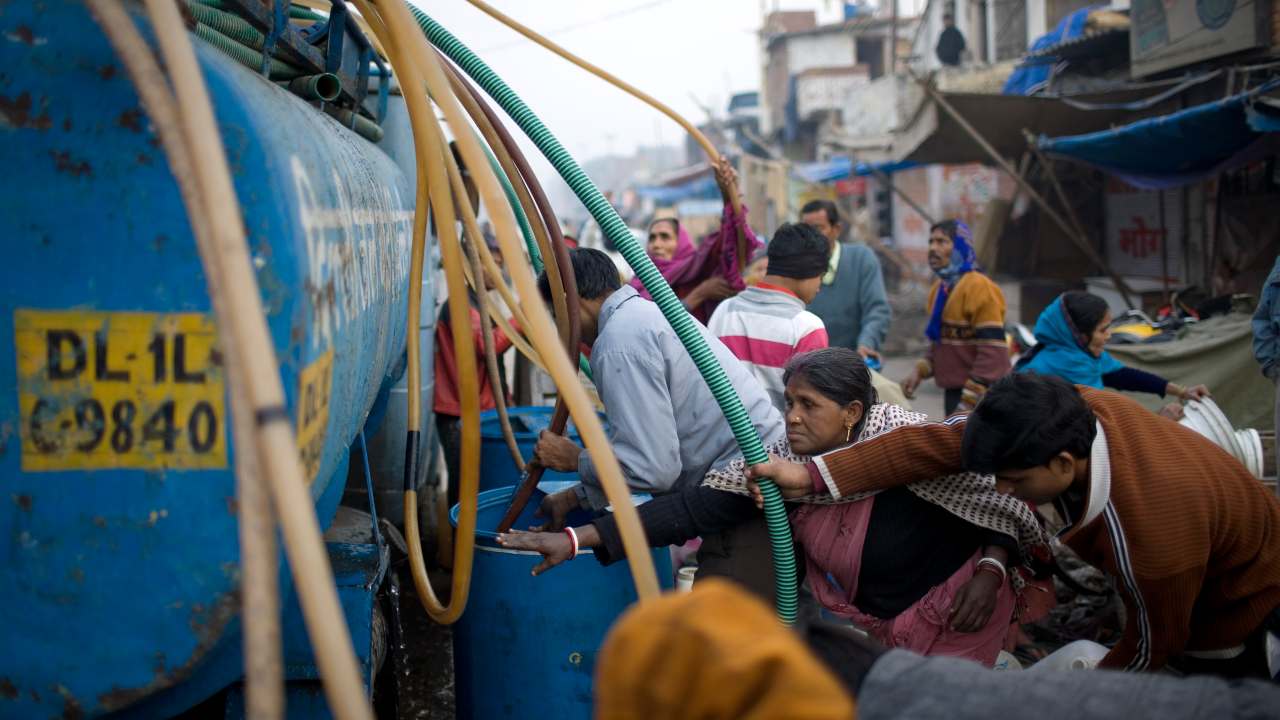 The water crisis is one of the most immediate threats with an indirect link to the ongoing climate crisis. Image: Getty

This analysis provides an excellent tool for governmental and non-governmental agencies to track whether the risks at local levels come from increases in SoV or hazards such that region-specific adaptive capacity and risk reduction efforts can be designed appropriately. Risks can also be tracked by sector such as agriculture and infrastructure.

Considering that India has recently gotten high-marks for its climate action plan, it is especially encouraging news that investments in family planning and education, especially of girls is yielding quantifiable reductions in social vulnerability to increasing hydroclimatic hazards. Continued investments are needed for adaptation to and mitigation of these hazards considering the still unacceptably high mortalities as was seen again during the monsoon season of 2019.

The author is among the authors of the study and a visiting professor at IIT Bombay. He is also a professor of Atmospheric and Oceanic Science and Earth System Science at the University of Maryland.