At Rs 28,990, the Galaxy A70 can easily be your daily driver but that’s if you are ready to look past one tiny flaw. The camera, the battery, the design, and oh that display!

That fingerprint sensor requires way too much hustle.

How do you define a perfect phone? Big and bright display? A long-lasting battery? Great cameras? Gorgeous design? Or the latest chipset and oodles of RAM? If any or all of these are your criteria to choose your next phone, you can check all these boxes with the Samsung Galaxy A70.

The Galaxy A70 features a 6.7-inch Super AMOLED display, which Samsung calls the Infinity-U display because of that tiny water drop notch at the top that houses the front camera.

The phone’s display has a high aspect ratio of 21:9, and is near bezel-less. The colours are bright and crisp and a bit saturated but these can be tweaked in the Screen mode selection in Settings. Video viewing and gaming experience on the Galaxy A70 is a delight because of the screen quality and it’s size. However, a large-screened phone (generally) means that the overall footprint of the phone is big as well. While, again, that’s a good thing for watching videos on, it becomes a slight issue for people who have tiny hands like mine. Which also means you can totally forget about one-hand usability on the phone. There will be typos fo sho! Having said that, I have to give it to Samsung for the way the phone’s body is designed, which ensures that the phone still has a good grip despite its large size. Another detail about its design is the back of the phone, which is gorgeous due to the prism light effect, one that is very similar to the Samsung Galaxy A30. That prism-like light effect also gives that plastic body a premium look.

Performance that matches its price tag

Coming to the performance of the phone, the Samsung Galaxy A70 has it going good with the combination of the new Snapdragon 675 SoC, 6 GB of RAM and 128 GB of storage. Playing PUBG Mobile on the phone is a fantastic experience. You can play it on high graphics settings without the need to worry about dropping frames. As mentioned in my first impressions the device did heat up a bit while playing PUBG Mobile, but I have come back to you with the report now, that the heating up issue doesn’t go beyond the ‘little’. It becomes slightly hot towards the top, but it doesn’t become uncomfortably hot.

Overall too, the performance of the phone is great. The touch is very responsive, app switching and app launching is swift, however, in the one week I used the phone, the Instagram and Twitter apps did hang a couple of times. Which may or may not get better with time, but it is not something you can ignore.

I really also have to mention the in-display fingerprint sensor on the phone, which annoyed me to bits and tested too much of my patience. 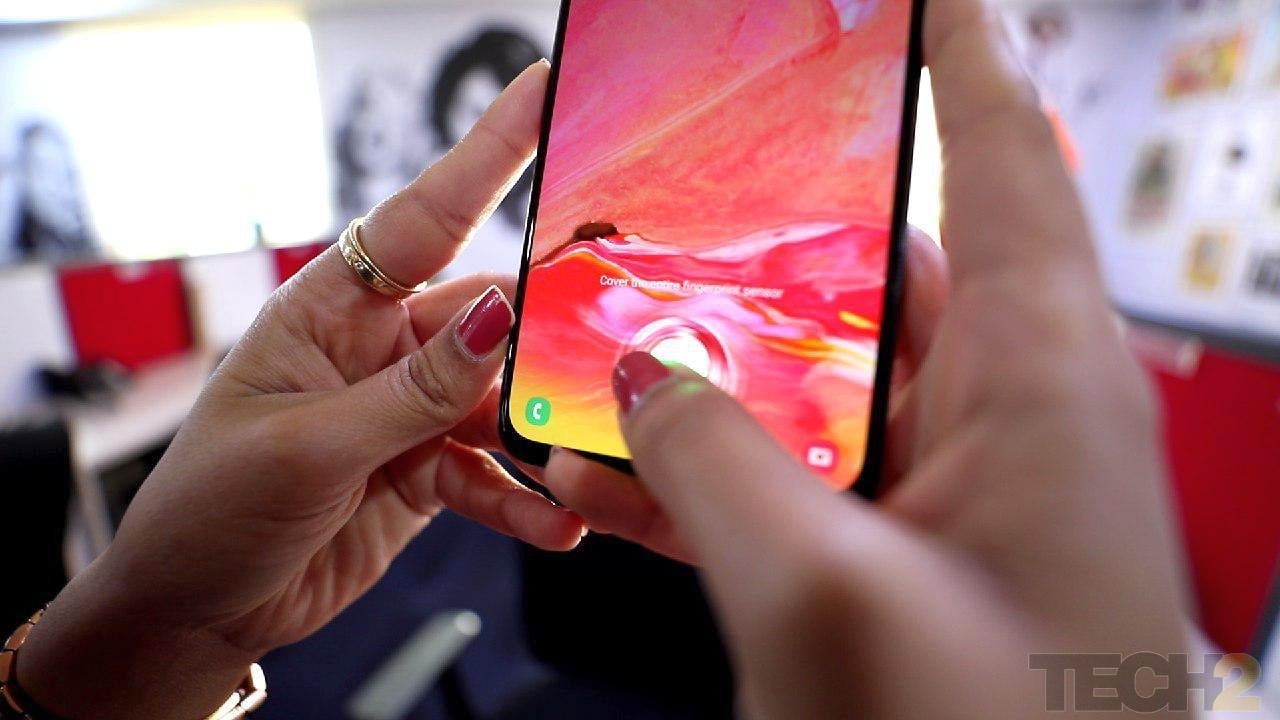 Setting up the in-display fingerprint reader will need some effort, but I quickly made peace with it. But then when you are using it, the Galaxy A70 needs you to be very precise about the way you position your finger, how much pressure you apply and how long you press and hold. And to be honest, I am not ready to do so much permutation and combination just to unlock a device. Nope. Noooh! Face unlock is an option, but it’s not secure so we would not recommend using it.

Smooth and stable One UI

Running the Galaxy A70 is Android 9 Pie-based OneUI, which is Samsung’s new and improved user interface. It has all the Android Pie features, but with a tinge of Samsung’s own customisations, like using gestures for navigating through the phone, dark mode, and a few other redesigns in the UI. Thanks to the Snapdragon 675 SoC and 6 GB RAM, it feels smooth and fluid. A capable camera with a troublesome portrait mode

The camera, though, is an absolute delight on this device. In my first impressions, I mentioned that it’s hard to shut this phone’s camera app off, and that’s still true a week later. At the rear, the Galaxy A70 sports a triple camera setup, which is a combination of a 32 MP + 8 MP + 5 MP sensors, and a 32 MP sensor for the selfie camera as well. 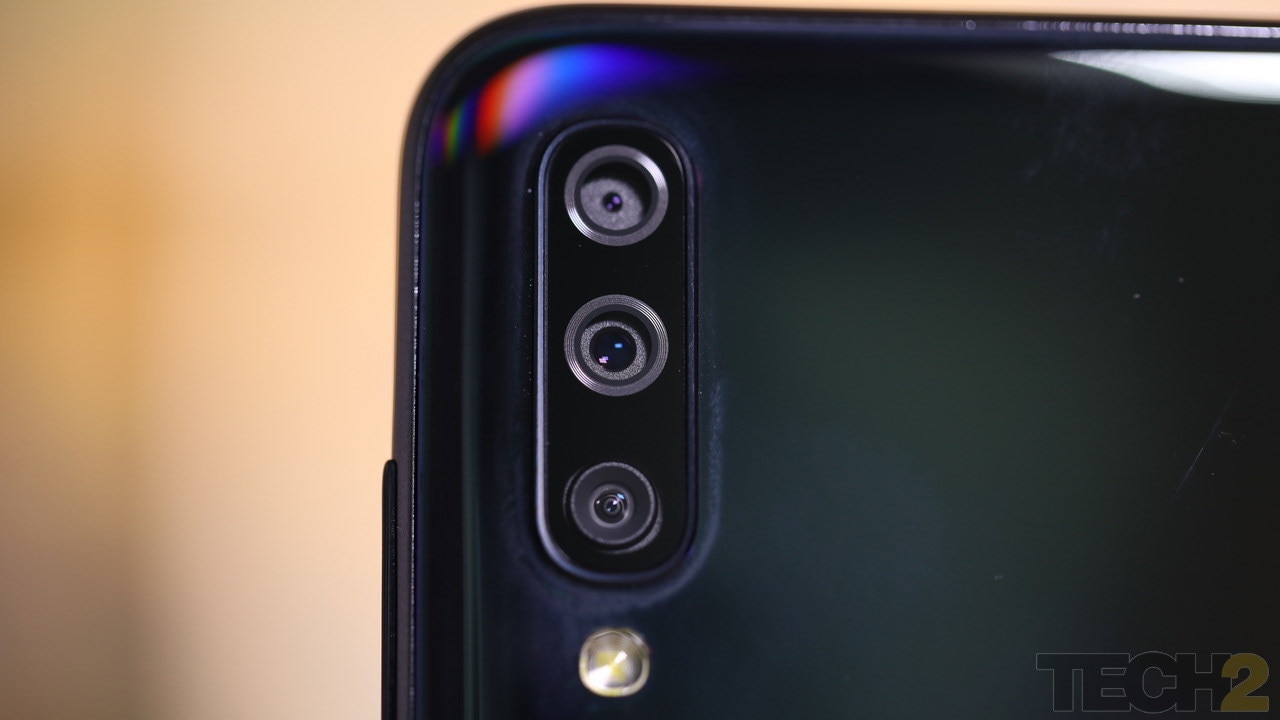 I absolutely love the daylight shots from both the front and rear camera of the phone. The colours are amazing and very true to life. While the rear camera setup features a dedicated ultra-wide angle camera, the front-facing camera also features a wide-angle lens, so you can switch to a wider frame when needed. The primary camera falls a bit short when it comes to details and I also observed how the corners of the photos turn out blurry

You can check out our samples in our Flickr album by clicking here.

The portrait mode, which Samsung has branded as Live Focus in its camera app is, however, not its best feature. The live focus, similar to that seen in the Pixel phones and Nokia phones, lets you slide and adjust the blur levels while clicking a picture. While low blur levels are ok, on high blur, the edge detection just gets poorer. The phone blurs out baby hair, the edges of your head, your shoulders, that’s pretty disappointing. Samsung Galaxy A70 has a 32 MP selfie camera. Image: tech2

Night camera of the Galaxy A70 is quite decent as well. While there is a bit noise in the pictures, it still manages to capture plenty of light in the images. Again details in these low light shots are on the lower side. Of course, it requires a little ambient light for that. In a dimly-lit setting at night, the details are quite low.

I also tried out the regular and slo-mo video from this device. While the regular one has great stability and details in daylight or with flash at night, slo-mo is just a lot of fun. You can check out one of the same in the Flickr link.

Coming to the battery of the Galaxy A70, the only way I can define it is with one word — impressive.

Even with all the constant (and obsessive) social media app switching I do, which includes a lot of Instagram, Twitter, Pinterest, and YouTube app usage, the 4,500 mAh battery would comfortably last me a day.

Refuelling this 4,500 mAh battery also took nothing beyond an hour, thanks to the bundled 25 W fast-charging adapter that comes with it. 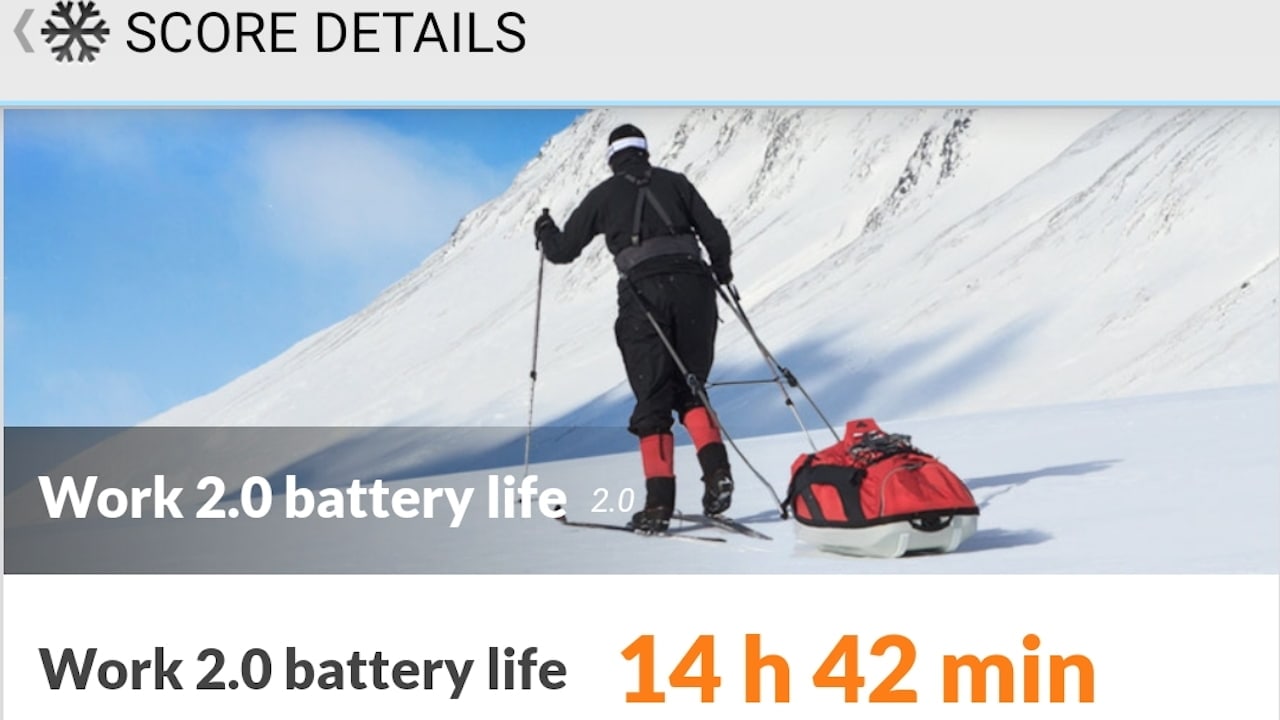 In the end, the question always is: It may be a great phone, but is it worth the near-30k price tag that I will have to spend on it?

Yes, it is worth its price tag, given how much hardware (AMOLED display, 4,500 mAh battery, fast-charging, triple cameras, gorgeous design) Samsung has squeezed into this device.

Besides the in-display fingerprint sensor, there is nothing in the phone that will disappoint you.

Indeed all of those monies would be well-spent whether or not you are brand loyal to Samsung, but there are other options depending on what you are looking for in a smartphone.

If gaming performance is all you seek (not looks and neither a great-looking display) in this price range, you can look at the 8 GB RAM variant of the Poco F1 (review).

Stock Android lovers (and those seeking faster software updates) would be better off with the Nokia 8.1 (review) at Rs 29,800 (for the 6 GB + 128 GB storage variant) and it also looks classy in that Iron Red finish.

Then there is also the Vivo V15 Pro (Rs 28,990) and Oppo F11 Pro (Rs 24,990), that fall in the same price segment. However, these two devices are primarily camera and especially selfie camera-centric devices. When it comes to overall performance, the two may not be the best daily-drivers.

All-in-all, Samsung has finally delivered a great mid-range smartphone that can stick it to the Chinese competition. But last we heard, isn’t Xiaomi also prepping a mid-ranger with a Snapdragon 730 inside? Things sure are going to get very exciting this year!