Xiaomi unveils MIUI 10 for the global audience: Here's all you need to know

The key areas of focus for the MIUI 10 are performance, UI, sounds and AI Portraits.

Xiaomi has announced the MIUI 10 for the global audience at the launch event of the Redmi Y2 in Delhi. The beta build of the device will be available for compatible devices from June onwards and the stable build will be announced in the coming weeks or next month. The MIUI 10 has already been unveiled for China a month ago. 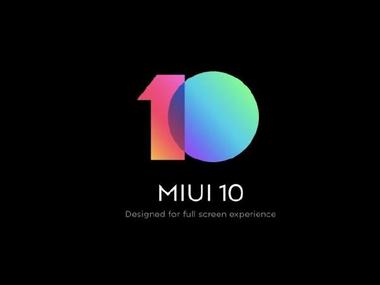 The key areas of focus for the MIUI 10 are performance, UI, sounds and AI Portraits. Since physical or capacitive buttons on the front have been all but abandoned,  MIUI has been upgraded to support full-screen navigation gestures such as those seen on the iPhone X. Notch support has also been given for phones along with support for displays having an aspect ratio of 19:9.

In terms of UI, as per Xiaomi, MIUI 10 has made the home screen area clutter free and regrouped them on the basis of type. The recent menu along with the weather and calendar apps have been given a better design. Xiaomi says that it has now also included ambient nature noises for notifications so that the user feels more relaxed. This includes the sound of rain drops while receiving a message or the sound of the desert wind while setting the timer and so on.

MIUI 10 will also give the ability to take AI-powered portrait photos for cameras having a single lens. Xiaomi claims that the software for AI-portraits has been designed through deep-learning algorithms.

There were some India-specific updates as well in the MIUI 10. India is country that is progressing towards digital payments more and more. To facilitate this change, MIUI 10 will have a QR code scanner in the camera app that will direct the user to the particular payment service when a code is scanned. In the messaging app, a new feature called quick menu has been introduced for a smart reply to banking messages.