The Xiaomi Mi Mix 2S is Xiaomi’s second chance to take down OnePlus 6 provided it reaches markets like India.

We all know that Xiaomi does not make the best smartphone cameras in the business. But all of this changed with the launch the Redmi Note 5 Pro, which raises the bar for camera smartphones in the budget segment. With that said, I had my doubts about whether Xiaomi would be able to re-engineer the Mi Mix 2S to be fitted with a better camera, considering its emphasis on a sleek design and that bezel-less display.

So when I had a chance to use the Xiaomi Mi Mix 2S for a few hours, I was more than interested in checking out what’s new in one of this year’s flagship competitors.

Turns out there is a lot!

During the short preview session, I had the chance to use both black and the white models of the smartphone. Both devices however, were made in China for the Chinese market and were running unfinished (read not so stable) global ROMs.

With that out of the way, it’s easy to say that despite being two iterations old, it still does not fail to impress. And boy! Does it make a good impression! The Xiaomi Mi Mix 2S in black and ceramic white.

The Xiaomi Mi Mix 2S looks a lot like the previous Mix 2 smartphone. That impression however goes away once you hold the white model.

The details are really small to notice, like the slightly larger mouth for the earpiece, the slightly thicker button for volume and power, the missing left side speaker grille that is now replaced by a single cavity for the primary mic. The front face of the Xiaomi Mi Mix 2S remains the same with the camera at the bottom chin. The rear of the Xiaomi Mi Mix 2S now sees a dual camera setup that looks very similar to the iPhone X.

However, once I held the phone it immediately felt different. It was heavier than the currently available Mi Mix 2 and the machining process also seems to be a bit more refined.

A Xiaomi representative explained to me that they worked on the frame to make it taller on the sides, which makes the bezels (that were already thin) appear a lot thinner. The move also makes the smartphone grippy and easy to hold, which was a problem with the previous Mix 2. Once can barely tell the differences between the Mi Mix 2 and the 2S with the black ceramic model.

The major visual change lies on the back of the device. The camera has moved from top centre to top left, and looks similar to the unit on the Apple iPhone X and the Xiaomi Redmi Note 5 Pro.

I was told that the camera ring was plated with real silver on the white model while the black model gets the gold treatment. 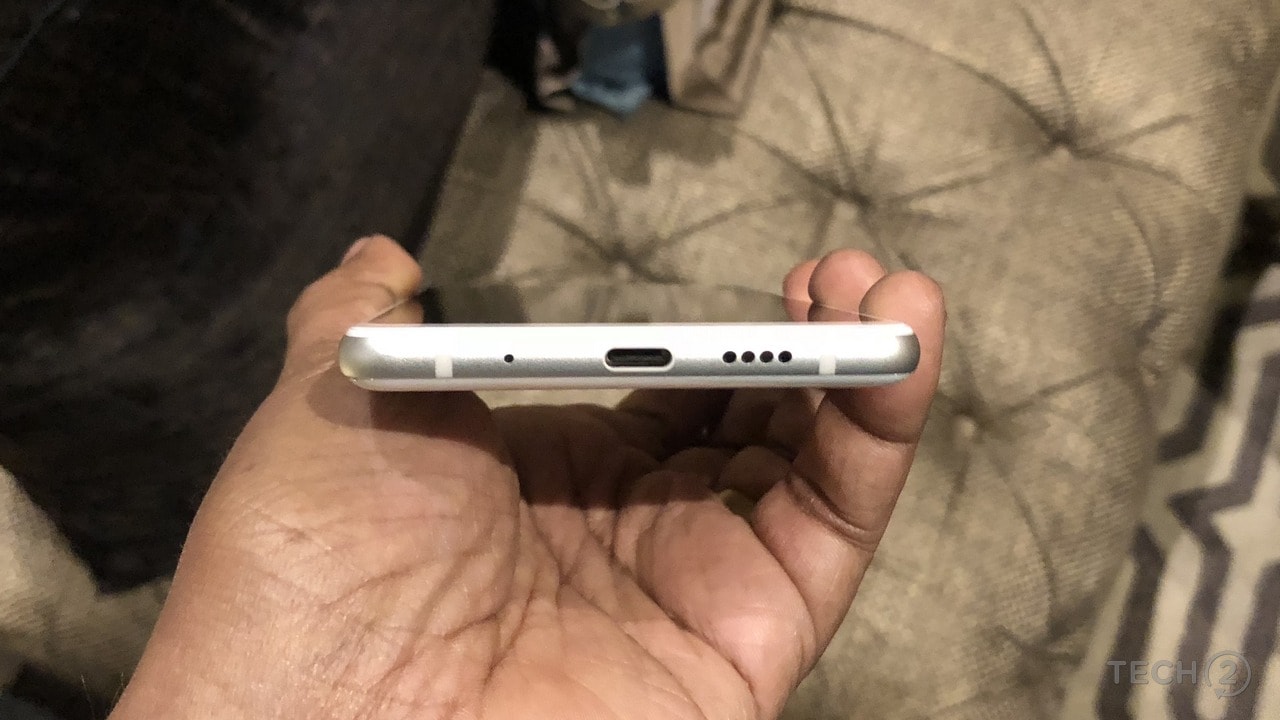 The packaging of the device remains the same, and the in-box case fits like a glove. One point that I did note that the device no longer felt fragile, but solid, which I assume is due to the rear sheet of ceramic that somehow appeared thicker than what was available on the previous model.

After the design, comes the display and for all those of you who are tired of seeing smartphone after smartphone being launched with an iPhone X-like notch, this will bring plenty of relief.

Xiaomi has decided to stick with its 'no notch' philosophy that was started by the original Mi Mix concept smartphone.

While the lack of the notch made me smile, I was also impressed by the display. While it appears to be the same one as the Mix 2, there have definitely been some changes in calibration as I could not spot the slightly reddish tone. 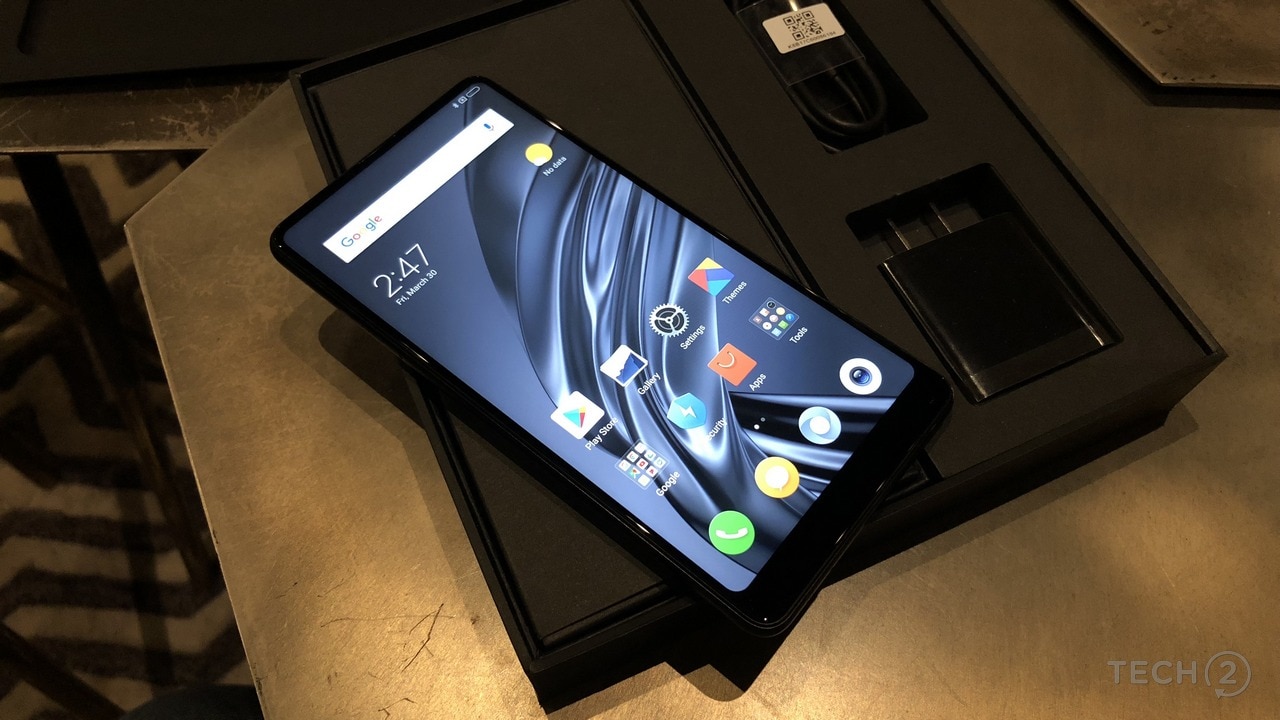 The display on the Xiaomi Mi Mix 2S seems to the same unit with changes in calibration.

The edge-to-edge display which only meets the bezel at the bottom chin, looks gorgeous and reminded me of how Xiaomi used ultrasonic sensors and a tube to channel the audio at the top, reducing the need for a notch, which most other manufacturers have taken in stride.

The display still measures 5.99-inch and is an 18:9 aspect ratio unit with a FHD+ resolution.

In my short testing period, it looked fine, although I did find the contrast levels falling a bit short. Again, the device was running on a test version, so I really can’t point fingers at Xiaomi right now.

The Xiaomi Mi Mix 2S features a Snapdragon 845 SoC that is clocked at 2.8 GHz and includes a very capable Adreno 630 GPU. The smartphone was announced in three variants with of 6 GB RAM + 64 GB storage, 6 GB RAM + 128 GB storage and 8 GB RAM + 256 GB storage. The storage is not expandable as on the previous model.

As with every other Xiaomi smartphone (apart from the Mi A1) the Mi Mix 2S was also announced with MIUI. This device however feature v9.5 which also allowed me to play around with the gesture interface for navigation.

The learning curve was very short and I felt comfortable using the gesture system for navigation which felt very user friendly and natural. It’s somewhat similar to the Apple iPhone X, but a wee bit different. The software is the standard Xiaomi MIUI UX with V9.5 that adds some cool navigational gestures.

You swipe from right or left edge to go back to the previous page when in an app and swipe up from the bottom edge to go to the homescreen. A swipe up and hold quickly opens up the recents menu with all the apps laid out in cards.

As with everything else, it almost remains the same as MIUI V9 that we have seen on recent smartphones like the Note 5 Pro except that the Mi Mix 2S features Android 8.0 Oreo as the base.

Indeed, the one detail I was more interested in checking out on the Mi Mix 2S was its camera. With a new and updated dual camera setup, I wanted to know if it performed better than the previous Mi Mix 2, which wasn’t a great experience.

While this is still beta software with a non-functional Portrait mode, things have improved. 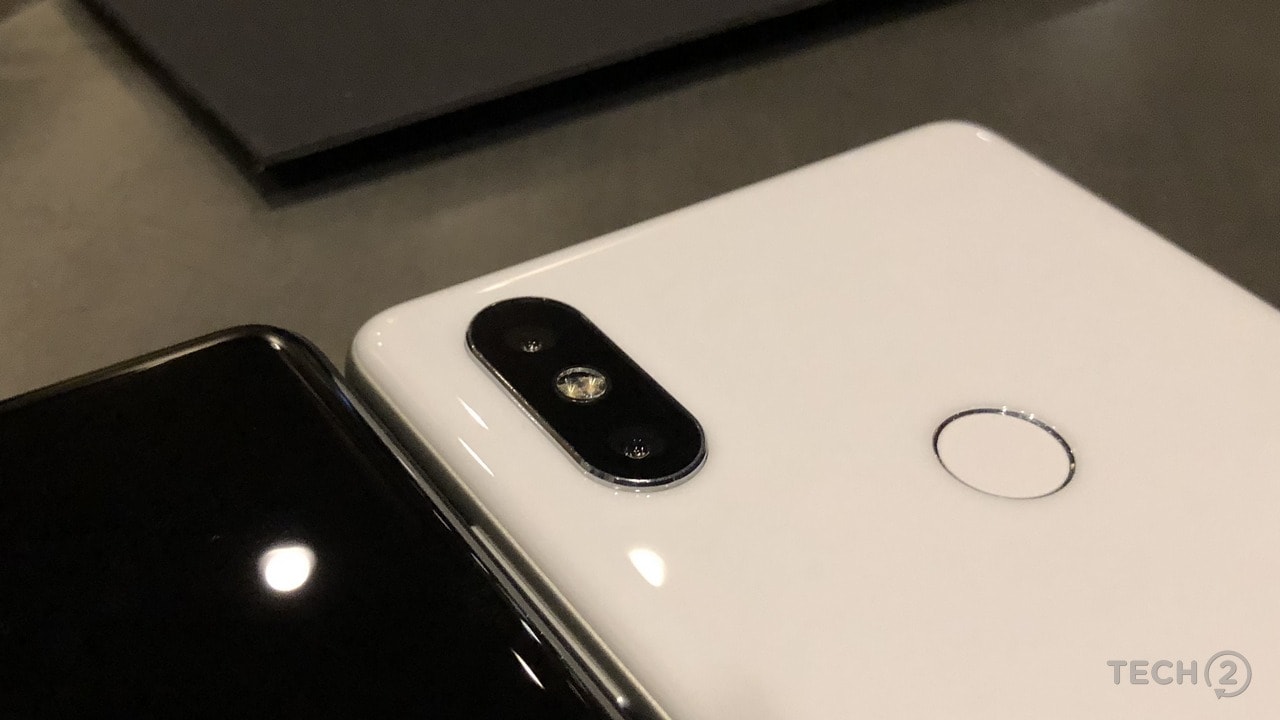 A lot has improved in comparison with the earlier model.

Photographs looked cleaner with little noise. Part of this is thanks to the AI bits (there’s now an optional AI mode as well) that will process parts of the image separately giving importance to the subject instead of deleting luminance noise all through the image.

The results were certainly impressive for a Xiaomi device, and I do believe with that it could take on a OnePlus 5T when the fine-tuning is complete in the final ROM. So while I do know that Xiaomi has worked to improve the Mi Mix camera experience, I will only be able to confirm the same, once we get an India-spec review unit, which would happen, only if Manu Jain decides to bring the Mix 2S to India.

The battery inside the Xiaomi Mi Mix 2S remains the same as the previous model. It’s a 3,400 mAh unit and it uses a more power-efficient SoC to drive the same old display. Battery life if anything is expected to improve, keeping in mind, Xiaomi’s continued optimisations when it comes to battery life.

Connectivity options reversible USB Type-C port, GPS, dual-band Wi-Fi, and Bluetooth v5.0. What you also get this time is wireless charging with the device supporting 7.5 watt wireless charging capability. Hopefully Xiaomi bundles that cool new wireless charger we spotted at the announcement event. What’s still missing is the headphone jack but the in-box adapter takes care of that.

At the time of writing this story, Xiaomi has not made up its mind on whether it will take the leap with the Mix 2S. While the launch of the Xiaomi Mi Mix 2 itself was quite the surprise last year, we haven't heard Xiaomi bragging about any sales figures about the flagship so far. The launch came across as a surprise since Xiaomi stopped launching flagship devices after the Mi 5 (2016) in India, keeping in mind that a major chunk of their buyers do come from the budget smartphone segment. 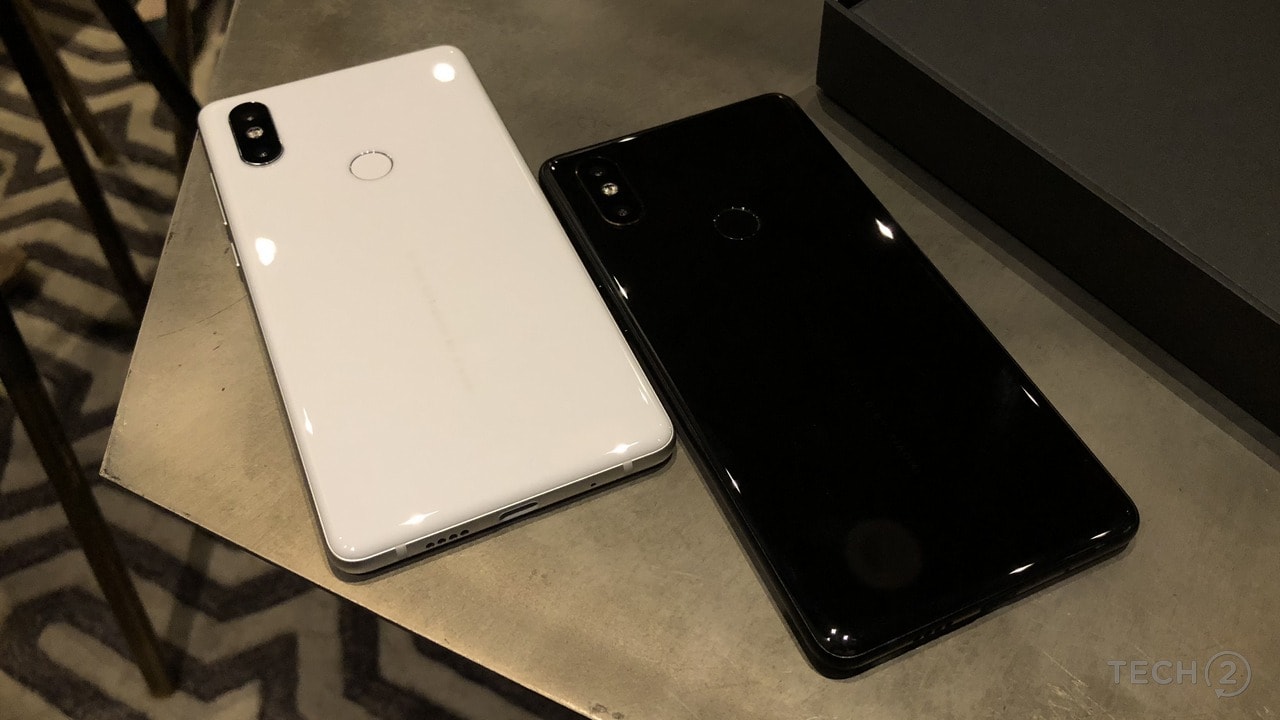 There's a good chance that it could take down this year's OnePlus 6.

With that in mind, Xiaomi's last flagship smartphone, the Mi Mix 2 did not deliver a great camera which meant that its only highlight was its display and the design making it a slightly inferior choice in comparison to the OnePlus 5T.

But with a better camera this time around, I honestly believe that Xiaomi should launch the Mix 2S because it will be the only smartphone in a sea of Android-powered flagships that skips on the notch (that OnePlus fans hate) and has its own unique identity.