Xiaomi Redmi 6A features a 5.45-inches display and is powered by a MediaTek Helio A22 chipset.

Xiaomi at an event in New Delhi on 5 September, launched three smartphones is its Redmi 6 series — the Xiaomi Redmi 6A, Redmi 6 and Redmi 6 Pro. The Redmi 6A finally goes on sale today via Amazon and Mi.com at 12 pm. The Redmi 6A features a 5.45-inches display and is powered by a Mediatek Helio A22 chipset.

In terms of optics, the phone has a 13 MP single camera with a f/2.2 aperture on the rear and a 5 MP selfie camera also with an f/2.2 aperture. 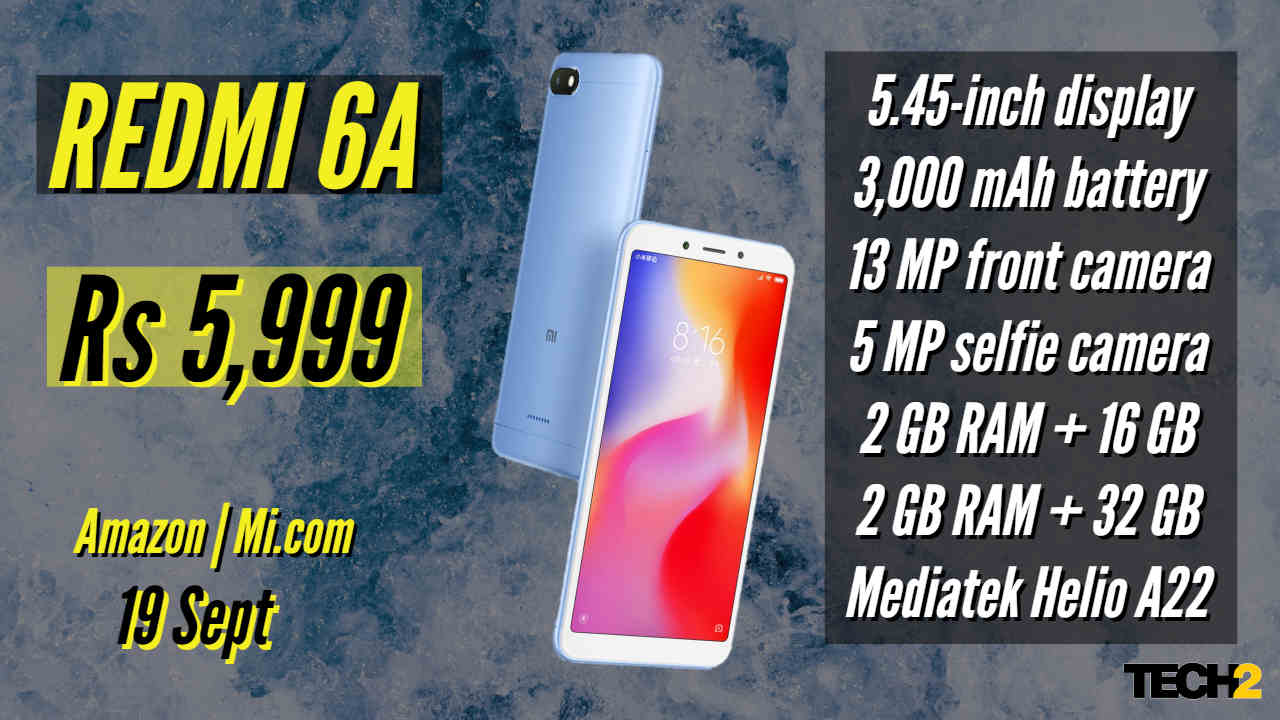 The 6A packs in a 3,000 mAh battery and runs on Android Oreo 8.1- based MIUI 9.6. You can unlock the phone using both Face Unlock and fingerprint scanner.

The phone is available in four colours — Black, Blue, Gold and Rose Gold.