Xiaomi hasn’t announced yet if and when the new Mi TV 4 model will come to the Indian market.

Along with the Mi 8, Mi 8 SE and Mi Band 3, Xiaomi also launched the Mi TV 4 today, at its 8th Anniversary event. 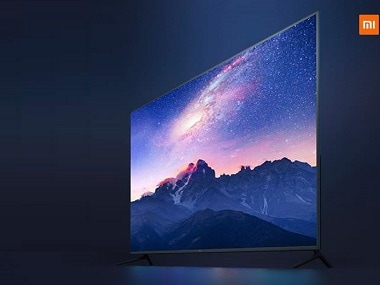 The Xiaomi Mi TV 4 has been announced in a new 75-inch model, which is the larger screen size that the company offers in its range of televisions right now.

As announced at the event, the Mi TV 4 sports a 4K HDR Ultra HD display. The smart TV is equipped with an AI voice assistant. Powering the television is a 64-bit ARM-A53 quad-core processor, which is accompanied with 2 GB of RAM and 32 GB of storage.

For perspective, the 55-inch Xiaomi Mi TV 4, which was launched in India earlier this year, is priced at Rs 39,999. For this entire range by Xiaomi, the USP remains to be bezel-less design and 4K resolution. The TV also comes with Xiaomi’s own PatchWall UI.

As for the flagship smartphone Xiaomi announced at the same event, the Mi 8, is powered by Qualcomm Snapdragon 845 processor. It features a 6.1-inch AMOLED display, with an iPhone X-like notch on top. It runs Android 8.1 Oreo operating system with MIUI 9 on top. Though Xiaomi promised that the device will soon receive the newly announced MIUI 10.

The Xiaomi Mi 8 comes in two storage variants, one is a 6 GB RAM model with 64 GB storage, and the other comes with 128 GB storage. There is also an Explorer edition of the Mi 8 that was announced, which sports pretty much the same features, except it comes with 8 GB of RAM and 128 GB storage and in-display fingerprint sensor.