Lei Jun finally took the wraps off the Xiaomi Mi 8, the new flagship for the Chinese internet company, which was frequently compared in the keynote not just with Apple’s popular iPhone X but with Huawei’s P20 Pro smartphone as well.

At Xiaomi’s 8th anniversary celebrations held in Shenzen, China, founder Lei Jun made it clear that the the brand’s fight on delivering the best flagship smartphone is not just with Apple, but with Huawei as well. Lei Jun finally took the wraps off the Xiaomi Mi 8, the new flagship for the Chinese internet company, which was frequently compared in the keynote not just with Apple’s popular iPhone X but with Huawei’s P20 Pro smartphone as well.

The smartphone packs in a FHD+ Samsung Super AMOLED display with an 88.5 percent screen-to-body ratio. The construction is made of metal and glass and features a rounded design that not as cool as the Mi Mix2S, but comes quite close.

With that said, Xiaomi finally lost it battle against the display notch and gave in to a might large one, that changes the aspect ratio of the display to 18.7:9.

Inside buyers will get a Qualcomm Snapdragon 845 SoC which has been tuned to perform with an AnTuTu score that crossed the 3 lakh mark, with a score of 3,01,472. The smartphone offers 8 GB RAM along with 128 GB of internal storage. 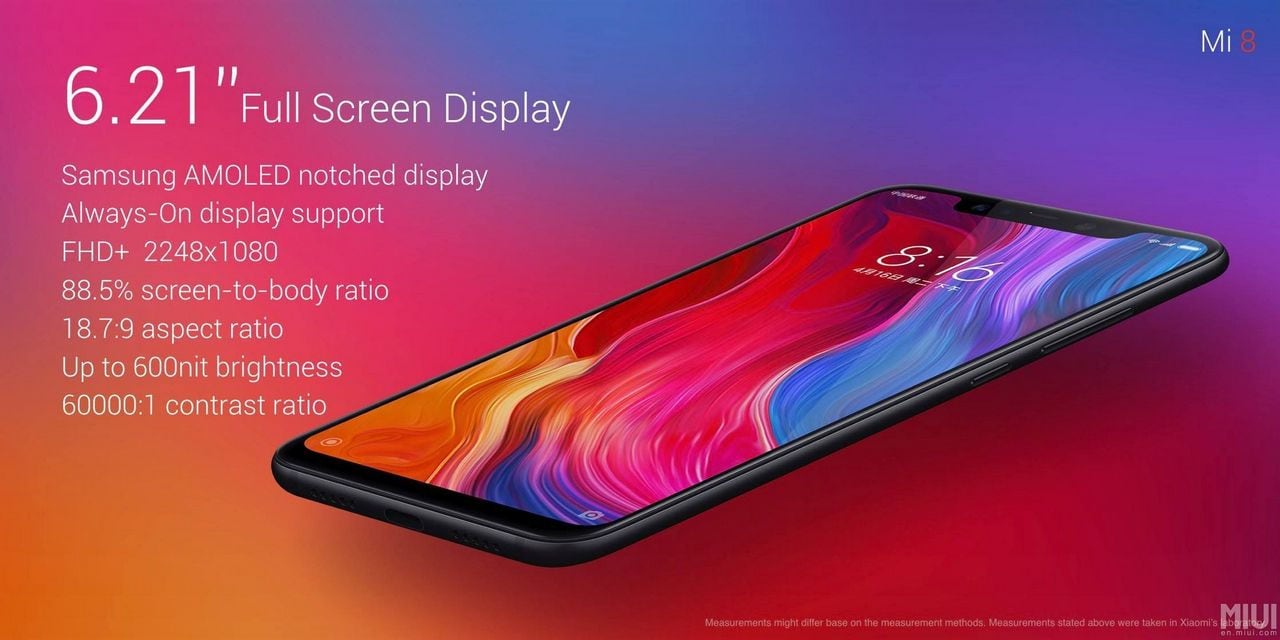 The cameras too are a priority and they as expected, they are AI-enabled. Xiaomi has included a 12 MP + 12 MP camera setup at the rear with large 1.4 Um pixels, 4-axis OIS, dual pixel autofocus technology and AI-powered portrait mode. There are other AI bits included as well. Xiaomi has used AI for scene detection and even for video editing. AI scene detection works similar to what we have seen on the Huawei P20 Pro, one that detects elements in the scene and boost colours accordingly to enhance the image.

At the event, Xiaomi even bragged about its DxO Mark Mobile scores. The Xiaomi Mi 8 achieved an overall score of 99 with a photo score of 105, both of which are higher than Apple’s flagship iPhone X.

Also introduced with Mi 8 is a new Studio Lighting mode that works similar to the Portrait lighting modes of the Apple iPhone X and the iPhone 8 Plus. Also new with the Xiaomi Mi 8 is a brand-new front facing camera that reminds us of Apple’s True Depth camera system.

The notch at the front includes a 20 MP camera, a proximity sensor, the earpiece, infrared lighting and an infrared lens. The latter two are used for the new Infrared face unlock feature, one that according to Xiaomi can securely unlock a device even in the dark. 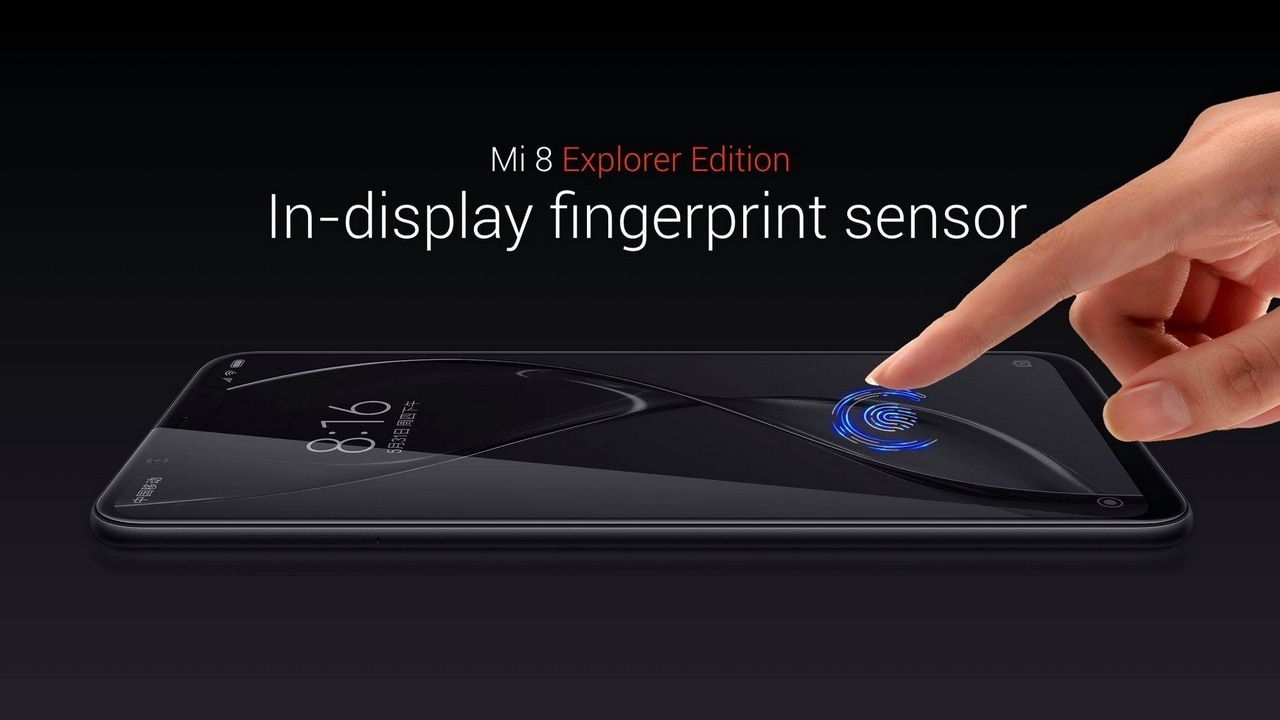 Other technological enhancements also include Dual-frequency GPS which according to Xiaomi, eliminates interference from buildings, reducing signal delays, increasing the accuracy of navigation in apps. 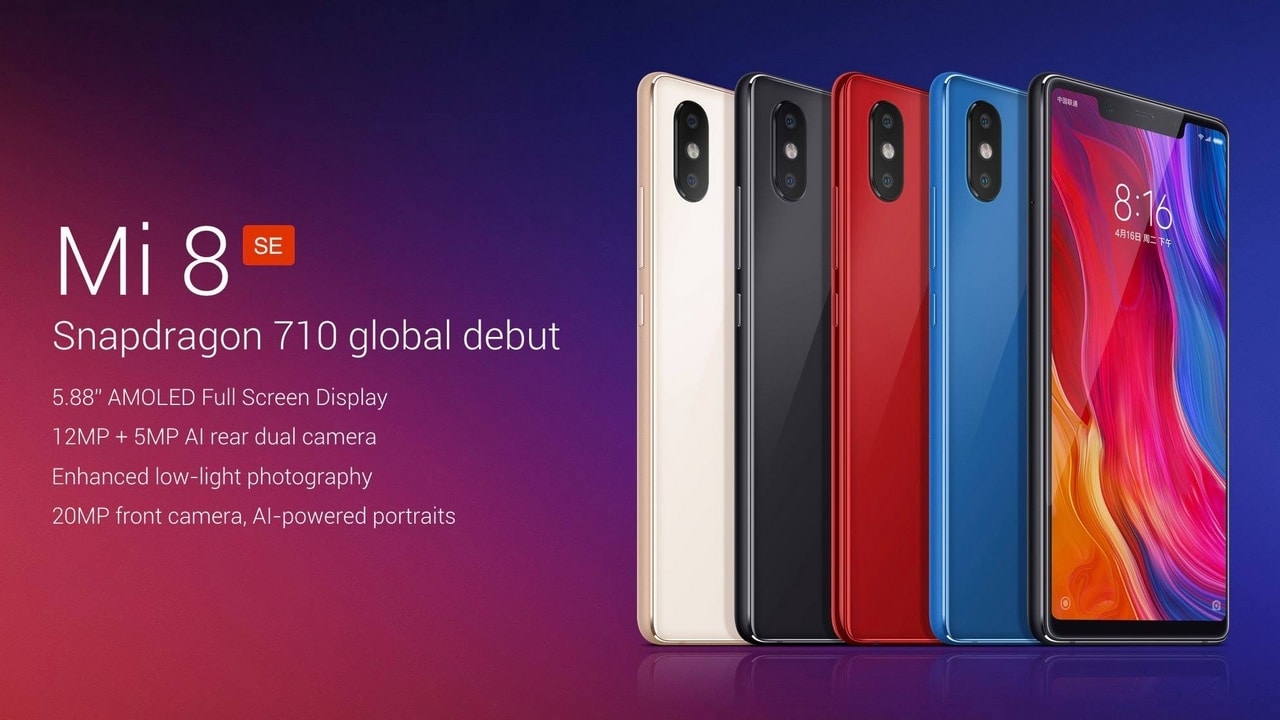 Also announced was the Mi 8 SE with 5.8 inch display and sqaurish form factor with 2.5 D glass on the front.

The device features a Qualcomm Snapdragon 710 SoC, and packs in a 12 MP + 5 MP dual camera setup at the rear with a 20 MP camera up front. The Mi 8 SE will be available in four finishes also showcases the large display notch up front.