As leading OEMs are gearing up to showcase their premium products at MWC 2019 next month, the Chinese smartphone maker, Xiaomi has sent out an invite for its MWC event.

The company hasn’t shared any details about what products they are planning to unveil at the global mobile exhibition. However, with a host of Mi 9 rumours hovering on the Internet, it likely points out that the upcoming flagship might make a public appearance at the event. Apparently, as per reports Xiaomi’s CEO, Lei Jun recently confirmed that the Mi 9 will have enhanced fast charging technology. Previous leaks and rumours revealed almost all the details of the supposed Mi 9 and the latest leaked render now shares a glimpse of what the device might possibly look like.

The renders display a phone with a tiny notch and minimal bezels surrounding the screen. At the back, sits a triple camera setup aligned vertically.

Reports earlier indicated the Mi 9 could pack a 48 MP camera similar to the one found in Honor View 20. The third and fourth camera are said to have 18 MP and 8 MP resolution respectively. Coming to the front fascia, the phone is tipped to feature a 6.4-inch (diagonal) AMOLED display and a 24 MP front-facing camera. 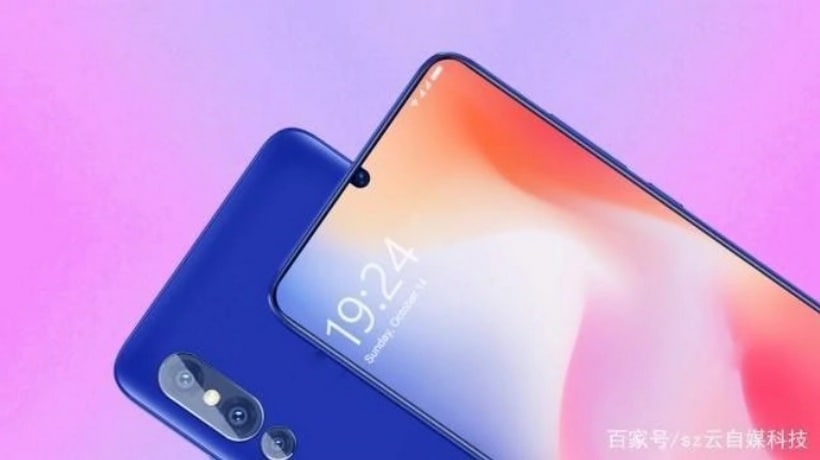 The Xiaomi Mi 9 is expected to feature Qualcomm’s high-end Snapdragon 855 mobile platform. A Gsmarena report states that the Xiaomi might introduce two variants of its upcoming flagship Mi 9- M1902F1T/A and MI1903F2A. The latter is likely to be named as Mi 9 SE, as per the report.

The phone could likely pack a 3500 mAh battery and support 32W fast charging technology. In terms of pricing, reports speculate that the Mi 9 might come for a price of CNY 2,999, translates to around Rs 30,500.

Further, the phone is said to have 6 GB of RAM and 128 GB internal storage. As mentioned, Xiaomi has sent media invites for its MWC 2019 event. While the Mi 9 marks its debut at the event still remains a question as for now, users in India shouldn’t keep any hope given that none of the Mi flagships made its way to India since Mi 5 launch.