WD_Black AN1500 PCIe SSD review: Gen4 performance from a Gen3 drive but overkill for gamers

The AN1500 is overkill for gamers, and a bit underwhelming for true high-performance use-cases.

One of the most important features next-gen PC hardware offers — or will offer at some point *cough• Intel *cough* — is support for PCIe Gen4. PCIe is essentially a high-speed data bus that allows GPUs, SSDs, Ethernet, and miscellaneous peripherals to communicate at high speed.

While GPUs are only now supporting the latest Gen4 standard, which is twice as fast as the previous Gen3 standard, they are not yet able to fully take advantage of the speed of the platform. SSDs, on the other hand, can and are taking advantage of Gen4, especially because they can extract higher bandwidth from fewer PCIe lanes. 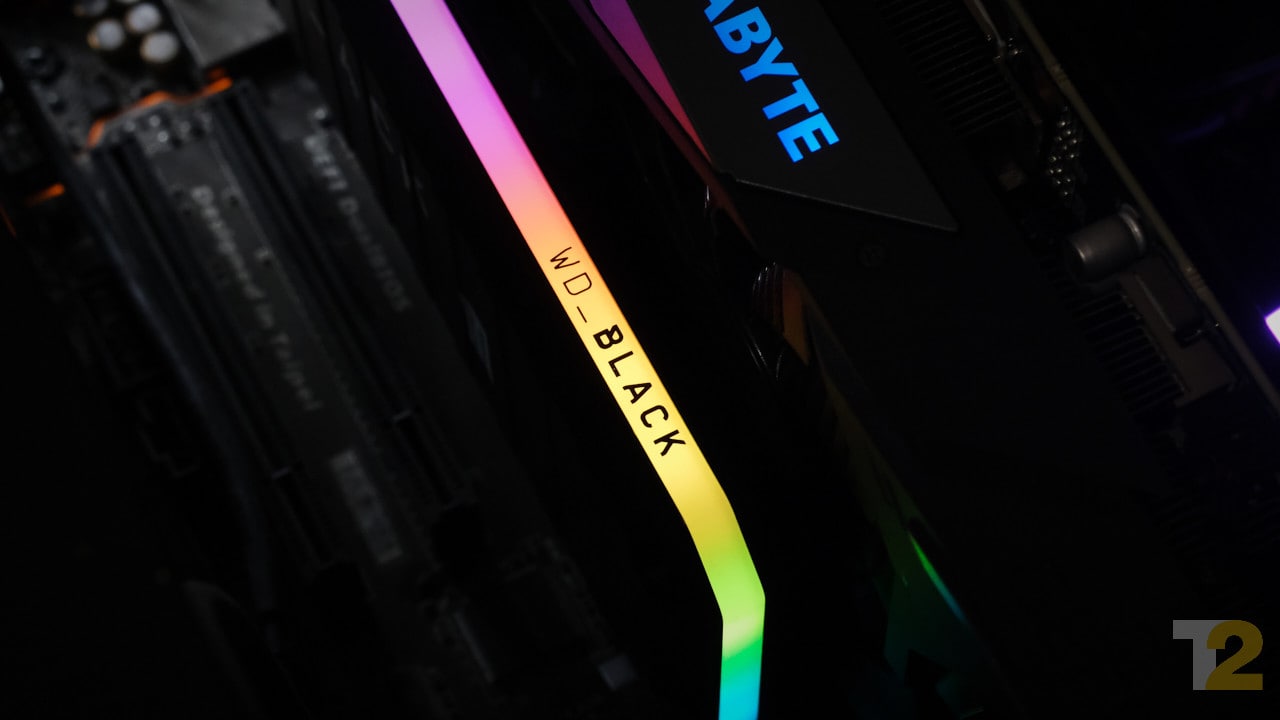 The WD_Black AN1500 is a fast, powerful drive for the current generation. Given its PCIe Gen 3 connectivity, however, it will soon be replaced by faster Gen 4 drives, if it hasn’t already. Image: Anirudh Regidi

With that out of the way, let us take a look at the WD_Black AN1500 PCIe Gen3 SSD. This SSD, available in capacities ranging from 1 TB to 4 TB, is a half-height, half-length PCIe SSD that requires eight Gen3 lanes to function. Basically, you’ll need to install it in the secondary PCIe slot on your motherboard.

The memory is configured as two NVMe WD SN730 drives mounted in RAID 0, offering a theoretical 6,500 Mbps read, and 4,100 Mbps write speed. This is blisteringly quick for a Gen3 drive and is only possible because the drive uses eight Gen3 lanes — a Gen4 M.2 drive like the Corsair MP600 will give the same performance from 4x Gen4 lanes.

This approach to storage comes with some caveats. The first is obvious: the drive takes up 8 PCIe lanes, which, depending on your motherboard and CPU, could halve the bandwidth available to your GPU. Related to this is the issue of spacing and air flow, both of which can get compromised if you have a beefy, triple-slot GPU or a vertical mount.

Secondly, the fact that the drive is designed as two drives operating as one means that there is some processing overhead when reading/writing data. This processing is handled by a Marvel 88NR2241 controller chip and there is some additional latency involved. For reads/writes of mixed data, especially where many small files are involved, performance will drop compared to a single chip SSD.

For my testing, I used an older Intel Skylake based platform with PCIe Gen 3 support. The test rig was configured as follows:

The Corsair MP600 is a PCIe Gen4 SSD mounted in an M.2 slot. On this test rig, it was operating in Gen3 mode and was, hence, handicapped. That said, it’s a good indicator of the maximum Gen3 performance that can be extracted from an M.2 slot. The AN1500 is fast when transferring large files, and its large heatsink is good for sustained writes, however, newer Gen4 SSDs like the MP600 are faster in most critical workloads.

In latency tests, the MP600 manages an average of 0.039 ms to the AN1500’s 0.072 ms. PCMark also reports a higher average bandwidth for the MP600 (584 Mbps) when compared to the AN1500 (340 Mbps) for a full drive write with large files. In longer tests with smaller files, the performance gap does narrow, with the drives reporting 287 Mbps and 280 Mbps respectively.

I expect the 2 TB and 4 TB variants of the AN1500 to perform better, but here we are comparing two 1 TB drives after all, and the MP600 is clearly superior. The smaller drive also has a smaller SLC cache, which is likely impacting performance as well.

The drive did heat up a little — touching 50°C after a full drive write — but performance wasn’t perceptibly impacted. The heatsink did its job.

Performance aside, the drive is ruggedly built, and features a large and effective heatsink. Oh, and there’s an admittedly elegant RGB LED strip along the top edge, which does a great job of diffusing the lights. WD bundles some software with the card that monitors its performance and configures the LED strip. Lighting is also compatible with third-party lighting software such as Aura Sync and RGB Fusion, which is great if aesthetics are a priority.

Verdict: Go for it if you love RGB

To be honest, you are never going to notice the performance difference between this WD_Black AN1500 or an MP600 or even a fast SATA SSD like the Samsung 860 Evo. In fact, I used this drive as my primary drive for a solid two weeks and couldn’t tell performance apart, whether in gaming or when using Windows 10, from my much older 840 Evo, which offers a tenth of the speed.

If you need extreme performance, I’d still recommend the MP600 or similar Gen4 M.2 SSD, even if you’re on an older Gen3 platform. Performance on newer Gen4 hardware is clearly superior in most cases, and latencies are far lower, which will matter in latency-sensitive applications like audio editing programs.

The AN1500 is overkill for gamers, and a bit underwhelming for true high-performance use-cases. The only niche I see the AN1500 filling is in environments requiring large writes at incredible speeds, where the large heatsink will come into its own. And hey, all that RGB does look cool.

Amazfit GTR 2 Review: A fitness watch with more style and features than the GTR