Vivo's pop-up camera smartphone from MWC is no longer a concept, APEX will enter into production this year

The fact that Essential already owns the patent for a pop-up camera could force Vivo to place its plans on hold for a while, however.

Vivo has been at the forefront of smartphone innovation this year. At CES 2018, it introduced the first smartphone with an under-the-display fingerprint reader called the Vivo X20 UD. At MWC 2018, the Chinese smartphone maker took the concept a step further by introducing a scanner that covers most of the bottom half of the display. They even threw a pop-up camera into the mix. Not only that, the APEX has a whopping 91 percent screen-to-body ratio. This is due to the fact that the phone has nothing but a screen on the front. There's no front camera, nor is there an earpiece or other sensors. Vivo has incorporated a front camera which mechanically pops-out from the phone's top in approximately 0.8 seconds, as per The Verge. Vivo has put the proximity, ambient sensors and the earpiece under the display as well. The earpiece speaker is a bone conduction unit that transmits sound through physical contact.

At first, Vivo had said that the device is just a concept smartphone. However, now it has been reported that Vivo is getting ready to mass manufacture the device after officially unveiling the device in China. What's more, the Vivo APEX will be powered by the Qualcomm Snapdragon 845 SoC. The fact that Essential already owns the patent for a pop-up camera could force Vivo to place its plans on hold for a while, however. 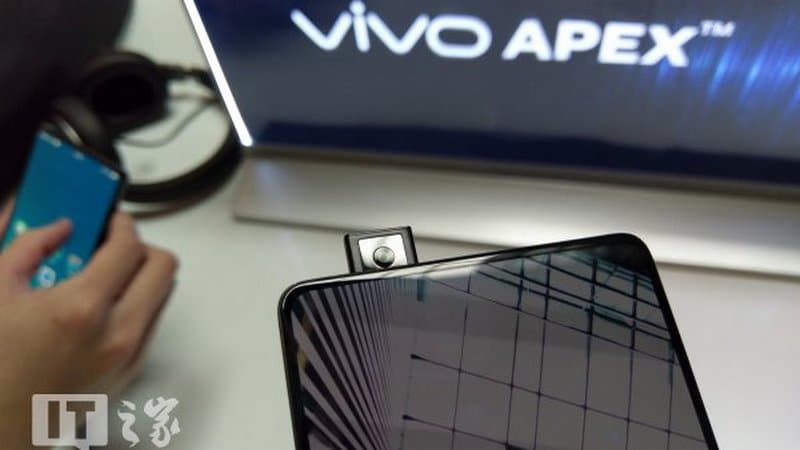 The report also indicates that the phone will have a System in Package (SIP) technology, which Vivo claims will provide a 'Hi-Fi audio experience'. As of yet, there is confirmation on the pricing of the device or what kind of RAM and storage options the phone will have.