Shortly, after announcing the first smartphone under its new Z-series in India — Vivo Z1 Pro — Vivo has already launched another device in the series called the Vivo Z1X. Priced at Rs 16,990 (for the 6 GB +64 GB variant) the highlight features of the device remain the same as the Z1 Pro, but adds a 48 MP camera to the mix.

Vivo Z1X joins the league of Realme 5 Pro (review), Xiaomi Mi A3 (review), Redmi Note 7 Pro (review) and others by hopping on the 48 MP camera trend. But is it enough to turn the camera smartphone into an all-rounder? I spent a few days using the Vivo Z1X, and here are my first impressions. AMOLED display is built to entertainment

Vivo Z1X offers a 6.38-inch Full-HD Super AMOLED display, with a tiny notch at the top. The notch looks pretty tiny considering the display's size (which is massive) and you would soon stop noticing it as well. The phone’s display showcases good saturation, contrast, and is also quite bright. Watching videos on the phone and playing games is a delight in terms of the viewing experience. Vivo Z1X has a tiny teardrop notch at the top of the display. Image: tech2/Nandini Yadav

And the viewing experience of the phone brings me to the design of the phone, which I believe is a major factor in creating that experience. Vivo Z1X has a glossy plastic back. Image: tech2/Nandini Yadav

The design of Vivo Z1X is so well done, that despite its massive 6.3-inch display, it still looks and feels compact. I remember a time when a 6.3-inch device was called a phablet, because it was just too big to be categorised as a smartphone. Now, the same display size has been engineered in such a way that I am calling it compact. Do spare a minute to appreciate that!

Powers through a day and a half

My own primary device is a Samsung Galaxy S9. I love that phone. BUT, it doesn’t offer the best battery life. By rule, I need to charge that phone every night before going to bed.

However, that was never a problem with the Vivo Z1X. On moderate use, I have actually used the phone for up to two days on a single charge, and the days I watched too many videos or tested a lot of games, then too it went on for a little over a day.

Performance with a few hiccups

It lags. It freezes. Not all the time. But you will see instances when too many notifications kind-of freak out the phone. Or, (one of my favourites) you’d play a story on Instagram, and then do the regular tip-taps to binge through random stories, and then shut the app, only to open it seconds later. But that’s not the point.

Even after you shut the app, you will hear music playing on your phone. You’d then hit the power button to make it all go away. But it still doesn’t. You freak out, and now you force quit the app too. But NO, the audio won’t stop playing and would shut only a few seconds later.

But besides that, my gaming experience on the phone was pretty smooth and fun. I was able to play PUBG Mobile on the highest settings and without any stuttering. A few times I noticed frame drops but I think that is passable. For a smartphone priced under Rs 20,000, I believe Vivo Z1X does a pretty decent job.

The camera is a big jump over the Vivo Z1 Pro. It comes with a triple camera setup, which is a combination of a 48 MP Sony IMX 582 sensor, an 8 MP super wide-angle lens, and a 2 MP depth sensor for bokeh pictures. For selfies, the smartphone uses a 32 MP sensor although it's now in a notch instead of a cooler hole-punch. Day-light pictures from the Vivo Z1X are quite good. They have good colour contrast and details. However, you see the details hazing up a little when the same pictures are taken in low-light. The smartphone also has a night mode, which I tried out. The mode does add a little sharpness to the pictures, however, it simultaneously boosts the saturation in order to add details, which I didn’t particularly like.

Click on the thumbnails below to view them in their original resolution: 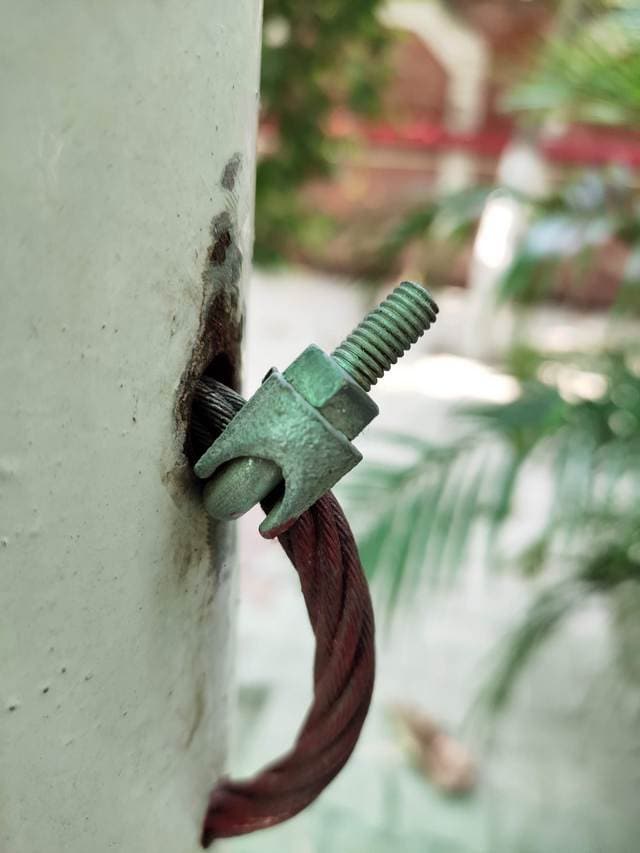 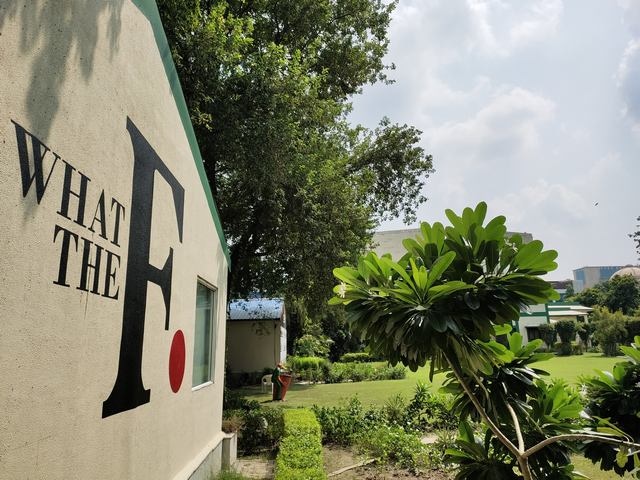 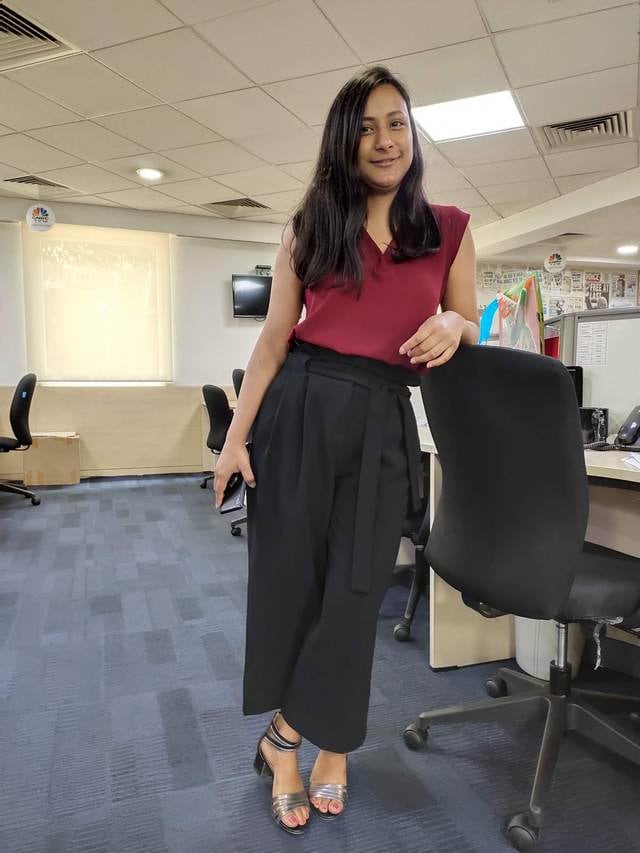 A selfie at night. A portrait using the night mode. Selfies from this phone are beautiful. It stays on the beauty mode by default, which I didn’t like, however, if you switch to the natural mode, the Z1X’s selfies showcase great colours. Low light selfies have a slight problem with focus, but with a little patience and a very steady hand, you will manage to get some good pictures even without enough light around. The night mode doesn’t work on the front camera.

We will be pitting the triple-camera setup of the Z1X against the competition very soon, so stay tuned to that.

Software is a bit messy

There is SO MUCH clutter.

Vivo Z1X runs FunTouch OS with an Android Pie base. The name of the OS is ironic because I personally had no fun touching that UI. It has too much clutter with all the app lined up one after the other.

You will also notice a lot of “inspiration” from iOS in the FunTouch OS. Including a slide-up drawer that has the brightness, volume, Wi-Fi, Bluetooth, and other settings shortcut. The drop-down is simply app notifications, again similar to iOS. 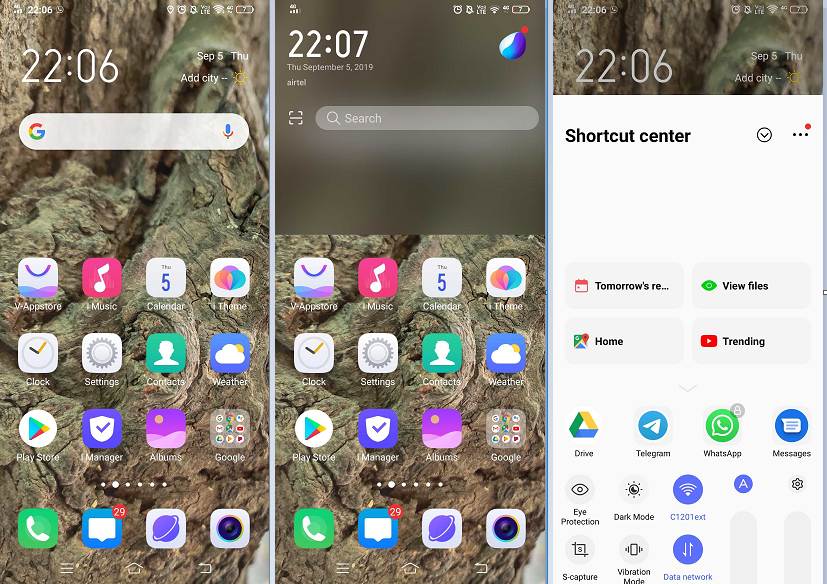 For Android users, this not the way things work and everything literally feels out of place. For iPhone users, this is a fun way to stay in touch with the iOS experience. (See what I did there?).

Still, the biggest question that remains for Vivo smartphones are software updates. Will they come on time?

The design of the phone is great too and there's that massive display that is good for watching videos and playing games. Yet it the design feels compact and offers good one-hand usability. Also a plus point is the 22.5 W fast-charging which is pretty much class-leading (for now).

However, where Vivo Z1X loses the points for me is the overall performance and UI. The iOS-clone is not very pleasing, there's the occasional lag, of course, that quickly makes your experience far from perfect.

At the same time, there are phones like Realme 5 Pro that offers a quad-camera setup and similar hardware at a lower price tag. Then there's the Redmi Note 8 Pro that gets you so much more along with a 64 MP camera setup that's just a few months away. Clearly Vivo needs to watch out for the competition and start rushing with those bug-fixing software updates.

Vivo Z1X will sell exclusively on Flipkart, company confirms ahead of launch

Vivo Z1X to be launched on 6 September, will feature triple rear camera setup