At a recent launch event in India, Sony India's managing director, Kenichiro Hibi confirmed that we will see a brand-new design with its upcoming Xperia flagship.

While Sony is expected to make a big splash at the upcoming Mobile World Congress 2018, this year will be special because of the confirmed change in its design direction. 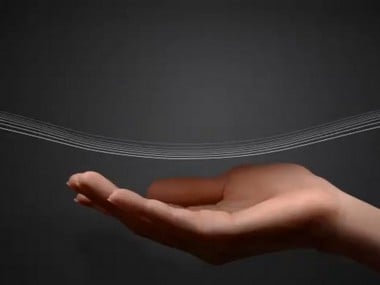 We have seen plenty of Sony smartphones follow its 'Omnibalance' design philosophy in the past, with smartphone that looked modern, flat and almost symmetrical when viewed from the sides. But along with this half a decade-old design idea, came thick bezels, even in its 2017 smartphones, a year where even budget smartphones came with taller 18:9 displays with thin bezels.

At a recent launch event in India, Sony India's managing director, Kenichiro Hibi confirmed that we will see a brand-new design with its upcoming Xperia flagship. The director also confirmed that Sony was working on a brand new lineup of devices and would soon launch a "new generation of products" where its customers can expect the new design philosophy to make its presence felt.

While rumours about a full-screen display on a flagship smartphones are ripe, Sony pushed out a teaser video on its social media channels a few days ago, hinting at what appeared to be a curve or a gesture for its upcoming products. Since Sony does take full advantage displaying a variety of products at its MWC launches, it was hard to confirm whether the teaser hinted at a smartphone or a new concept product.

But all of this changes after a new leak revealed by a commenter at the Xperia Blog. The commenter spotted a leaked image online and reported it to the publication, giving readers a better idea of what to expect from Sony this year and even explaining the mysteriously confusing video that Sony teased a few days ago.

Well it's a more rounded design with a really curved (read rounded) back. The aluminium frame along with the front screen appears to be well-rounded in a very seamless way with the display that appears taller, but not bezel-less. As pointed out by the folks at the Xperia Blog, Sony could be looking at experimenting with its 'plate+human' design concept which was revealed in a leaked document back in 2015. The design document revealed a few concept ideas that Sony had in mind, when it was active about its smartphone offerings. What the document also reveals is the presence of a back with a soft material, which could hint at the use of silicon leather textures on the back, making them more pleasing to hold, lending to the premium experience.

What's in a rounded back? Well, rounded backs are easier to grip and feel comfortable in the hand. The smartphone industry is not new to a design with a rounded back. The Apple iPhone 3G and 3Gs had them and so did some HTC smartphones, launched in the early 2000s. The trend died out as manufacturers went for slimmer designs, with rounded corners but all of this also meant flat surfaces which were not easy to grip, which also made them less ergonomical. An image from the leaked design document from 2015. Xperia Blog

Unlike every other smartphone brand out there, Sony very much like Apple, has been the last to adapt to new design trends. In fact, Sony's designs still remain genuine unlike most other manufacturers who often ape one another.

So in 2018 it appears that Sony is staying true to its roots. Should the XZ2 Compact revealed in the above image turn out to be genuine, we could have the first smartphone in a long time that actually brings back the curved back, adding some much need creativity and newness to what appears to be a mostly boring forecast for 2018 in terms of design. 2019 could be different in the sense that it is Samsung's 10th year anniversary meaning that we could see folding smartphones (or phablets) after its bezel-less Infinity displays... Samsung Galaxy X may be?

Faraaz movie review: Docudrama-style feature about a terror attack in Bangladesh with a universal message