This Oppo phone reportedly has an 88-degree curve on the side borders with thin bezel on the top and bottom.

In the past few years, we have seen several innovations on the smartphone design-front — the notch, pop-up selfie camera, an in-display fingerprint sensor — to achieve a bezel-less display. But is a bezel-less display enough? Oppo is nodding sideways. The latest innovation by the Chinese company is a 'Waterfall screen', which will remind you of Samsung's edge display, but only a better and improved version of it.

In a post on Weibo, Oppo VP, Shen Yiren Brian teased a few images of the new display design. When you look at the pictures you instantly know why the display is called 'waterfall screen'. You can see the display spilling to the edges of the phone, which gives you an almost 100 percent screen-to-body ratio. Another gorgeous design-change is that the side buttons have been replaced by virtual buttons. There is still a very thin bezel at the bottom and the top of the device, though. Tipster Ice Universe has also posted a short video of the device on Twitter, displaying an Oppo phone with almost no bezel.

The Phone Talks also shared a few gifs to show what the new waterfall screen would look like. Their report says that the device has 88 degrees curve on the side borders. Oppo recently also confirmed that it is working on a smartphone with an under-display selfie camera. Oppo announced the same last month at MWC Shanghai. 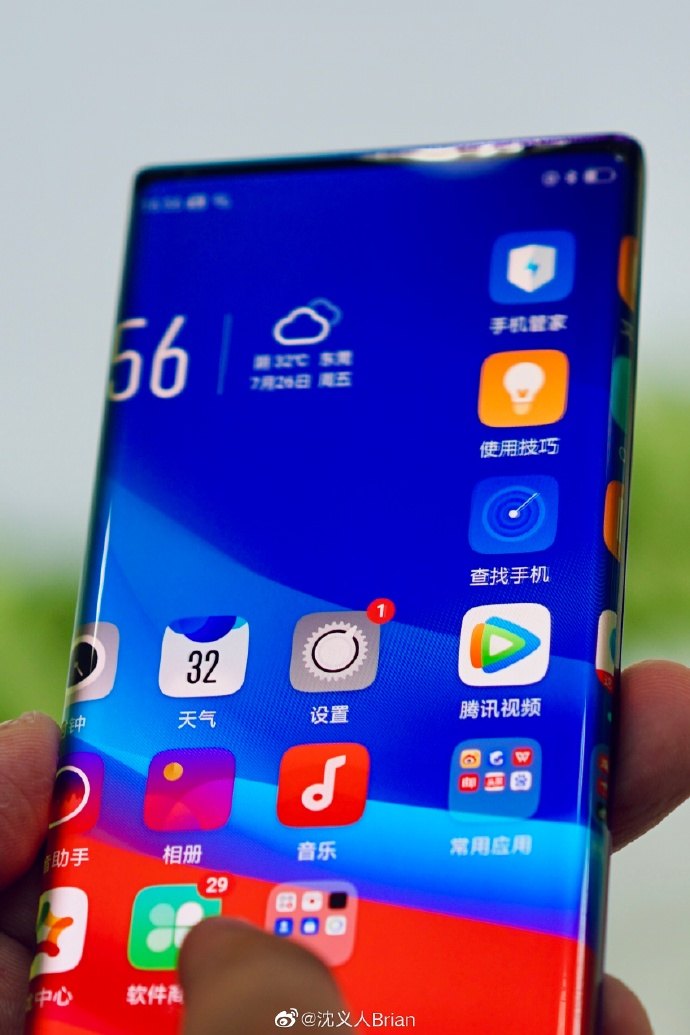 Interestingly, the teased smartphone with waterfall screen by Oppo also shows sans a front-facing camera. Could this be the same device as the one with under-display selfie camera that the company teased?