Oppo Reno Ace is also expected to come with a waterfall display with a 90Hz refresh rate.

Oppo recently unveiled its Oppo Reno 2 series in India and now new information about the upcoming phone are making rounds on the internet. This upcoming smartphone is expected to be called Oppo Reno Ace.

As a report by Gizmochina, Oppo launched its Oppo Reno 2 series in China on Monday (9 September) and at the launch event, the company confirmed that it will be unveiling Oppo Reno Ace in October this year itself. As per the report, the smartphone will come with a 90-Hz display. 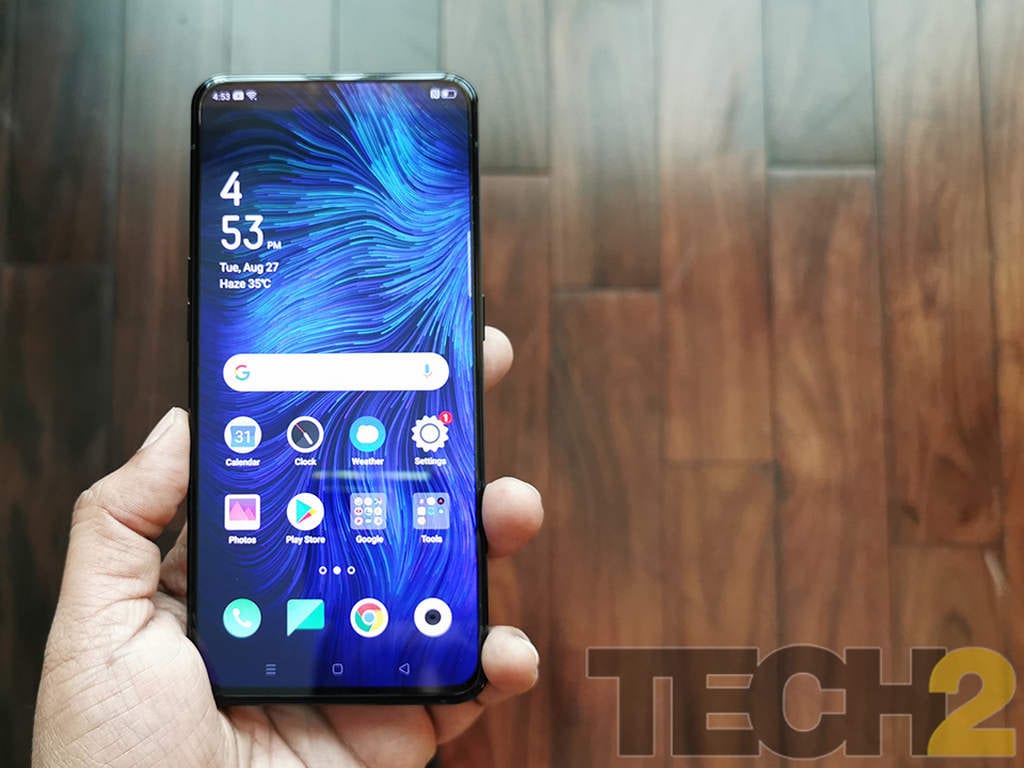 Recently launched Oppo Reno 2 will be available for purchase in India from 20 September. the company confirmed that they will be unveiling Oppo Reno Ace in October this year. Image: Gizmochina

This Super VOOC fast charging technology was first featured in Oppo R17 smartphone, which was launched last year in December.

Since the company recently teased an unknown smartphone with a waterfall display, it is possible that Reno Ace might be Oppo's first smartphone to feature that. As for the processor, it is being speculated that the smartphone might be powered by Snapdragon 855+ processor.

The exact launch date is still under wraps.