Samsung could be working on a new foldable device that employs the new hinge design along a the touch-enabled flexible display.

Samsung has been under constant focus after a number of rumours popped up hinting that the company could be working on a new form-factor for the smartphone. 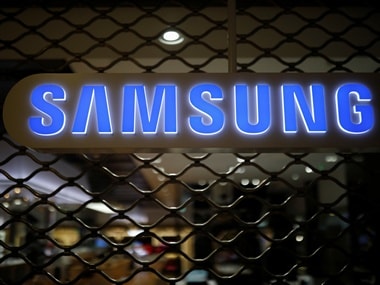 These rumours and reports range from a foldable smartphone with a flexible screen to a smartphone that can convert into a wristband as well.

The rumours and reports range from leaked model number references to support pages, reports from industry insiders, patent applications, alleged design renders and more. According to a recent report by LetsGoDigital, the company could be working on a new foldable device that employs the new hinge design along with a touch-enabled, flexible display.

The problem with a flexible display is that it can't be 'folded' beyond a certain point. The compressive and tensile forces on the inside and outside of the display must not exceed a certain value, and that's where this new, patented hinge comes in. The patent essentially describes a metal form of sorts that limits the curvature of the display at the point of folding. Samsung filed the patent on 29 May 2017 and it was published on WIPO on 15 February 2018. The report points out that the device specified in the patent application could be anything, a smartphone, navigation device, gaming console, laptop, tablet, or even a television.