Lenovo announced a whole bunch of products across its ThinkPad and Yoga line up including new Chromebooks.

At the ongoing Internationale Funkausstellung (IFA) in Berlin, Lenovo announced a whole bunch of products across its ThinkPad and Yoga line up including three new Chromebooks. Lenovo also showcased a smart home ecosystem. For Star Wars fans, a special edition Kylo Ren lightsaber that can be paired with a mixed reality headset to participate in an immersive gaming experience, was also announced.

The product portfolio announced on the eve of IFA 2018 focussed on the high end consumer segment, as we saw upgrades to the ThinkPad, Yoga and the Legion line of Lenovo laptops. Apart from the Chromebooks, the entry to mid-range laptop segment didn’t really get any new product portfolio. 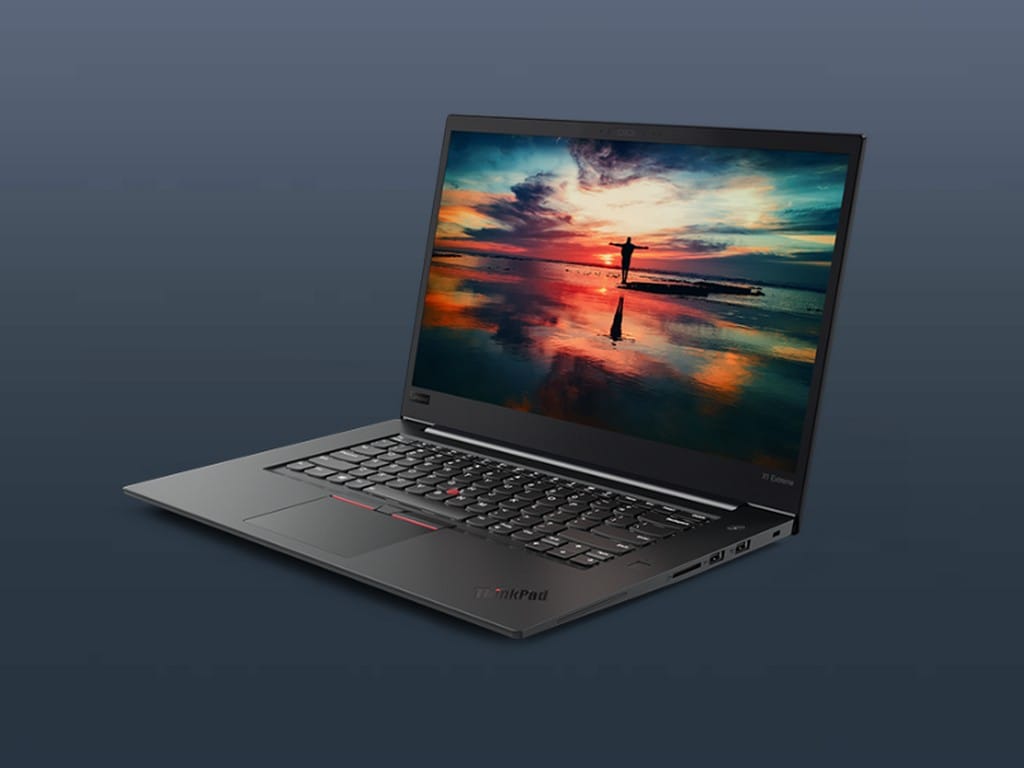 The ThinkPad segment of laptops, which recently completed 25 years of existence, is known for its enterprise ready features. So far, the ThinkPad series has focussed on its functional build quality, ease of enterprise deployment and ease of servicing its products. But with the announcement of the ThinkPad X1 Extreme, Lenovo is on the path to add more consumer focussed features to it as well.

The ThinkPad X1 Extreme has a dedicated GPU for starters, and in order to maintain the thermal levels to respectable levels, it has also put in a liquid-cooled thermal pipe on the inside. Gaming is something that one would not really associated with the ThinkPad, but according to Lenovo, its research has highlighted that the ThinkPad consumers do desire gaming features on their machines as well. In addition to this, the X1 Extreme comes with Dolby Vision support, HDR10 support, far-field microphones to allow smooth functioning of Alexa and even a provision for supporting multiple external displays.

It seems as if Lenovo is throwing everything it can think of to make a complete one-stop solution for the ThinkPad customer. It has even thrown in the tools needed for enabling Mixed Reality. The only missing feature, is the ability rotate display around the hinge, as the X1 Extreme only goes up to 180 degrees.

With the ThinkPad X1 Extreme throwing everything into one laptop, it will be interesting to see how the higher end Yoga line up plays out.

The Lenovo ThinkPad X1 Extreme weighs in at just 1.7 kg which according to the brand is about 12 percent lighter than the T580. Inside, the Extreme gets 8th Generation Intel Core processors packing in up to 64 GB of memory. Lenovo said that a Core i9 version would be arriving soon. The ultrabook also supports dual PCIe SSD storage adding Raid 0/1 capability. Apart from the high-end processors, Lenovo has also added an NVIDIA GeForce 1050Ti MaxQ GPU that should be more than enough to support gaming on that 15.6-inch UHD display. The Extreme also packs in Dolby Vision HDR. The ThinkPad X1 Extreme will be available starting September from $1859 onwards.

As far as the consumer segment goes, Lenovo announced a brand new series, called the C-series or as it likes to call it, the clamshell models. All the laptops in this category have a 360 degree hinge, some with Lenovo’s flagship watchband design on the hinge. But instead of just having iterative editions of the laptops, it was interesting to see a variety of laptop types from Lenovo.

The four major laptops in this segment include the Yoga C930, the Yoga S730, the Yoga Book C930 and the Yoga C630 Windows on Snapdragon. On the top of the heap is the Lenovo Yoga C930, which is the upgrade to the Yoga 920. It comes with the traditional Yoga selling point of multi-modal operations. But what makes the Yoga C930 more than an iteration of the Yoga 920 is the use of a Dolby Atmos certified speaker, which can intelligently adjust its tuning according to the mode in which you are using the laptop. The speaker is integrated neatly into the hinge, and is complemented by two sub-woofers located under the base of the laptop, which ensures that no matter what the orientation of the C930 is, there won’t be a point when the speaker is completely concealed due to any mode. The Yoga Book, Lenovo’s dual display sporting laptop which came out earlier this year, was a great product to look at, but thanks to an entry level Atom processor wasn’t really of much use to most. At Rs 49,999 that it was selling at, there were far better alternatives. You can read our full review of the Yoga Book.

With the Yoga Book C930, Lenovo has gone with a rather bold approach. Instead of having dual LCD displays, Lenovo has decided to have an e-ink display which will house the keyboard section. The use of e-ink also allows the C930 to be used in the keyboard mode, a sketching mode using the Precision Pen (which we had seen with the earlier Yoga Book) as well as an ebook. Thanks to the slim 9 mm form factor, the C930 can easily be turned around and used as an ebook reader on one side and a tablet on the other side. For an e-ink display, the refresh rate of the C930 seemed quite good. You can read our first impression of the C930 here. Lenovo is trying to do something out of the ordinary with the form factor. To make it even more powerful, the new Yoga Book will be running on an Intel Core i5 chipset. In terms of the form factor and external ports, the Yoga Book C930 looks identical to the Yoga Book.

The Yoga Book C920 measures 10.3 x 7.1 x 0.4 inches and weighs in 1.7 pounds. There is a 10.8-inch LCD display featuring a resolution of 2,560 x 1,600 pixels which is a bump up from the previous model's full HD resolution. The secondary E-ink display works as a tablet or as keyboard, depending on how you want to use it.  Inside, Lenovo gets you two processor options with a 7th Generation Core M3-7Y30 or a more powerful, 7th Generation Core i5-7Y54 CPU. There's 4 GB RAM and up to 256 GB of PCIe SSD storage and the graphics are powered by an Intel HD Graphics 615 GPU. The Yoga Book C930 starts at €999 and will be available starting September 2018.

The Yoga S730 is Lenovo’s thinnest clamshell laptop measuring 11.9 mm, despite the fact that it can house an 8th generation Intel Core i7 processor. According to Lenovo the use of intelligent double cooling system allows the laptop to ensure optimal thermals despite such a slim form factor. Of course, these claims will have to be tested when we review the laptop. Barring this, the S730 does not seem to have that great of an X-factor. Which brings us to the other two Lenovo laptops. But before that, here’s a quick rundown of the specs on the Yoga S730. Late last year, OEMs had showcased their first Qualcomm Snapdragon 835 SoC based laptops. While this compute platform didn’t really take off, as the mobile chipset generation had moved to the Snapdragon 845, the platform itself seemed to provide a promising use-case scenario or all-day battery life and always-on wirelessly connected laptop.

The Snapdragon 850 compute platform has been built exclusively keeping in mind future Windows on ARM devices. Lenovo announced its first 'Windows on Snapdragon' platform laptop in the form of the Yoga S630 WOS. According to Lenovo the Snapdragon 850 platform offers a 30 percent jump over the Snapdragon 835 platform and is claiming a whopping 25 hours of local video playback time. These are really tall claims that will have to be tested to give a definitive answer.

In terms of the form factor, the Yoga C630 certainly looks impressive, but it has a plastic keyboard frame which seemed strange. The upward facing speakers on either side of the keyboard are welcome. So is the integrated fingerprint sensor beside the trackpad. There are two USB Type C ports on either edges, and the laptop also comes with a dedicated SIM card slot.

The Yoga S630 WOS features a 13-inch Full HD IPS LCD touchscreen display and a rather slim design with a 12.5 mm waistline. And it goes on a diet too weighing in at just 1.2 kgs. It features a fan-less design, meaning that laptop runs quiet and this all possible because of the Qualcomm Snapdragon 850 SoC that has been optimised to power a laptop instead of a smartphone. Add to this choices of either 4 GB or 8 GB RAM and 128 GB or 256 GB of UFS 2.1 storage. Since this an always connected PC, there is also a SIM card slot and an integrated X20 LTE-A modem. The device will ship with Windows 10 S is priced at €999 with sales starting in November 2018.

Three Chromebooks were announced as well including one with the Yoga form factor simply called the Yoga Chromebook. The other two are named Chromebook C330 and Chromebook S330. The one things that immediately stood out about the Chromebooks is that there meant for the budget laptop buyers or students. All of them came with a plastic build.

Why simpler? According to studies cited by Lenovo, most users spend an average of 2.5 hours trying to set up their connected homes. In other cases Lenovo also noted that about 22 percent of those interested in smart homes will give up and return their devices because of the complicated set up process. The Lenovo Link app solves the problem by letting users connect and control all of their compatible devices in one place, even letting you control groups of devices all at once. 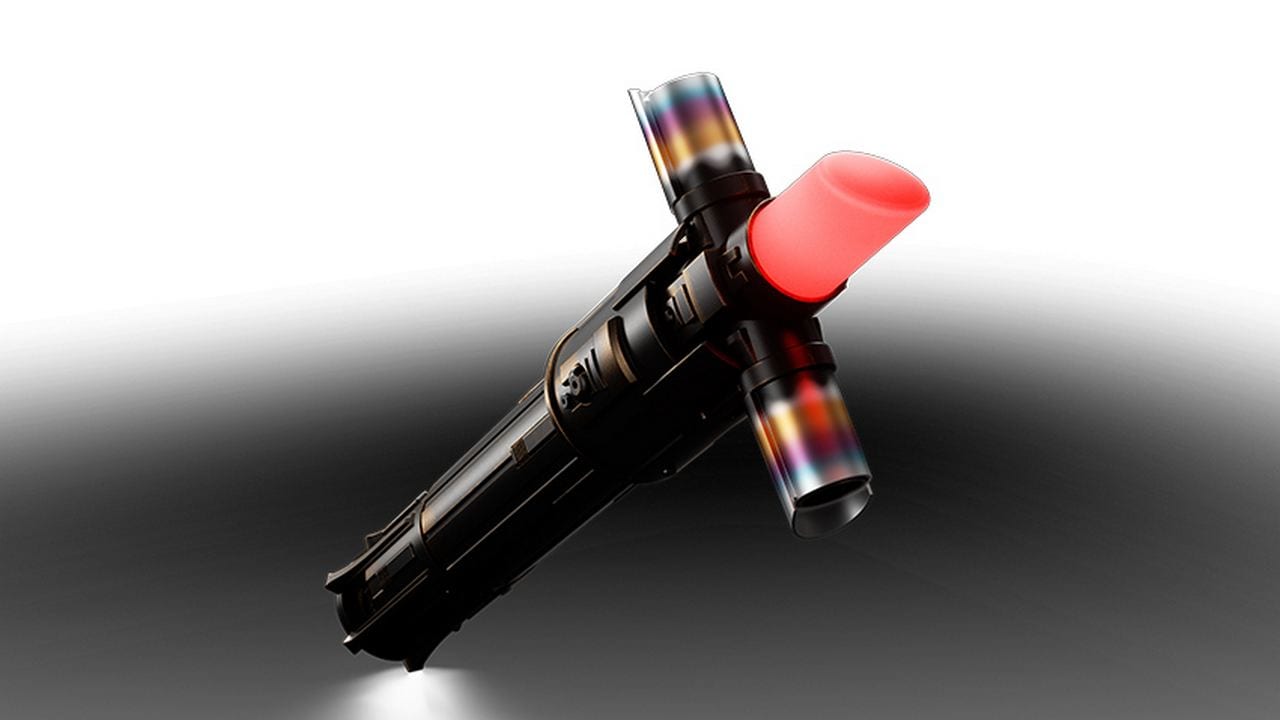 To celebrate the new Dark Side expansion content that comes with the Star Wars: Jedi Challenges, Lenovo and Disney at the IFA showcased a new augmented reality experience that lets fans play the role of Kylo Ren. To make the experience immersive, Lenovo announced a limited-edition Lightsaber Controller that was designed to mimic the one used by Kylo Ren in the films and can be used in the augmented reality experience, that needs the Lenovo Mirage AR headset and the Tracking Beacon and a compatible smartphone with the latest Jedi Challenges app.