HTC U11 is finally getting the Android 8.0 Oreo update on 27 November

The confirmation of the rollout of the update came when VP for Product Management at HTC, Mo Versi tweeted that ‘OS update will be available for download’.

HTC has announced that it will roll out the Android 8.0 Oreo update for its flagship, the HTC U11 on 27 November. 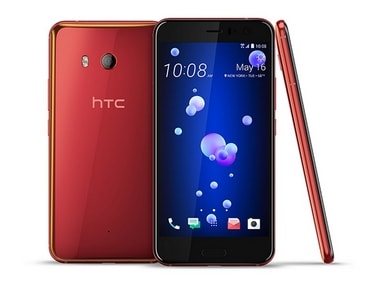 According to the company, the update will only be available for the unlocked variant of the smartphone instead of the carrier-locked smartphones in the United States.

The confirmation of the rollout of the update came when VP for product management at HTC, Mo Versi tweeted stating that ‘OS update will be available for download’ ‘starting on Monday’. When enquired about devices, Versi responded by adding that HTC U Ultra and HTC 10 will get the Android 8.0 Oreo update. The news about this rollout comes just two weeks after the company launched the update for U11 devices in Taiwan.

Hope you all had a great Thanksgiving. The Oreo OS update will be available for download on the HTC u11 unlocked version starting on Monday! Enjoy!

This upgrade means that U11 users will get all the Oreo-centric features that are part of the latest Android version. These features include Smart text selection, Auto-fill, Picture-in-Picture mode, new Quick settings design and more.

This comes days after Samsung released the beta version of their Samsung Experience 9.0 to test out Oreo while Google released the Android version distribution numbers. According to the latest numbers, Android Oreo was only installed on about 0.3 percent of all Android smartphones. For perspective, as pointed out in a report by Android Authority, all the Google Pixel and Nexus devices are running Oreo in addition to OnePlus 3, 3T, and Nokia 8 while companies are running Beta programs for Galaxy S8, LG V30, Essential Phone and OnePlus 5.