There are two types of folding smartphones, but Android smartphone brands love to experiment.

Smartphones with folding displays or ‘foldables’ are a new category of mobile devices that promise to merge the best parts of a smartphone and tablet into one device. And at this year’s Mobile World Congress, there are plenty of announcements from different smartphone brands populating this nascent category.

While the Royole FlexPai was the first device to go on sale with a foldable display and was showcased recently at CES 2019, it is far less polished in comparison to Samsung’s recently unveiled Galaxy Fold or Huawei’s just announced Mate X foldable. We also expected Xiaomi to showcase a 5G capable foldable device, but except for the Mi Mix 3 5G there was nothing new and interesting showcased at its launch event. 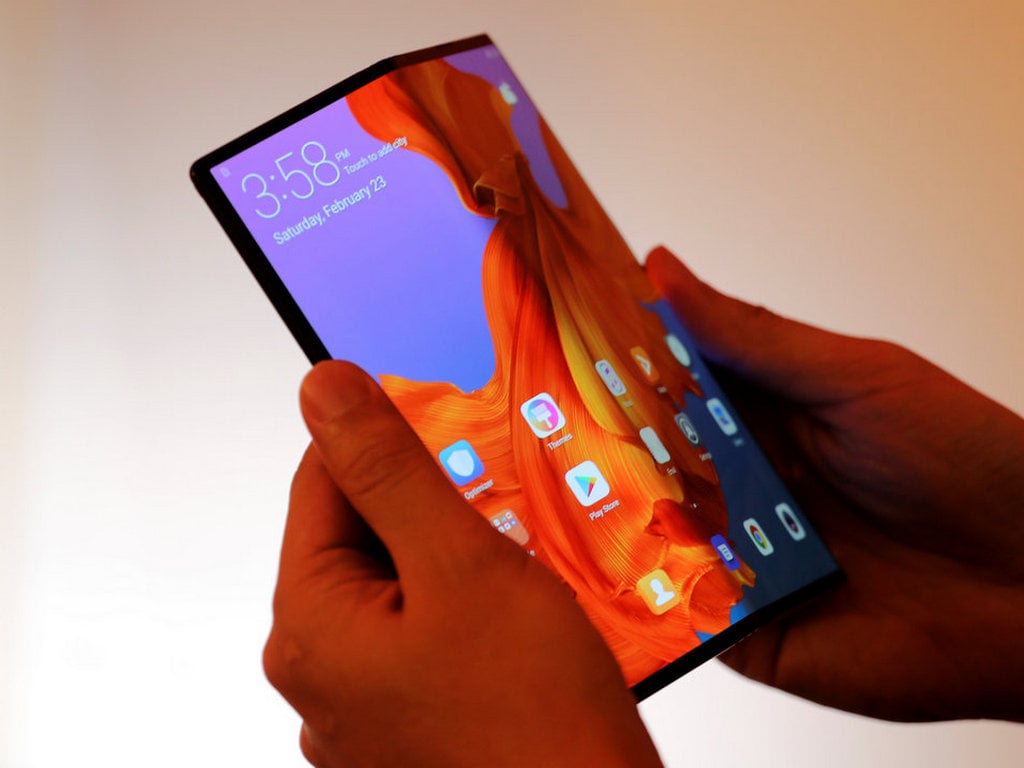 What is a foldable?

Google’s Android developer blog first referred to these devices with foldable displays as “foldables”. Simply put, these are devices that will let you run apps in two configurations (smartphone or tablets) and switch between them seamlessly using ‘screen continuity’.

When a user opens up a folded display, optimised apps switch from a portrait mobile layout to a tablet-friendly landscape layout either on the same display (if it folds out) or from a vertical display on the outside to a horizontal one on the inside of the foldable.

From what we have seen so far, there are three categories of folding devices. Until now, China-based Royole unveiled its FlexPai, which is an outward folding device where the display has to be folded out to showcase a tablet-like interface with scaled up apps that display more information or data. Huawei’s Mate X takes a similar approach with an outward fold as well. The advantage of an outward folding display is that they can fold out flat when viewed in a tablet layout. The display also, in theory, is less prone to creases as it rests on the folding mechanism.

The downside of this folding mechanism is that it always leaves the rear-facing side of the fold (when closed) exposed to scratches, because you will have to keep that phone down on a table or a bench, and that surface may not necessarily be smooth. Another issue that you must think about is how you'd mount a case on such a device. Do you use tempered glass screen protectors everywhere? What happens to the bendy bit?

Next up is inward fold, which is the more complicated of the two. Samsung took this approach with its Galaxy Fold device, one that features a smaller display on the outside of the fold and a larger one on the inside.

This also results in a thicker smartphone design, but the design does protect the display from scratches.

Xiaomi recently teased a prototype device that has two folds, resulting in a left, right and central portion. Teased by company Co-Founder Lin Bin, the blurry video showcases a unique-looking device that has a fold on either side of the main viewing area. Both sides fold out to form a tablet-like display widening the viewing area. The device then can be folded back into a compact smartphone-like form factor and placed into a pocket.

Check out this special video from #Xiaomi President and Co-founder Bin Lin, showing off a very special phone prototype...

What does everyone think we should name this phone? #InnovationForEveryone pic.twitter.com/1lFj3nM7tD

Since Xiaomi has not made its folding device official just yet, and Oppo only showcased a prototype, let’s take a look at what the new production-ready foldables from Huawei and Samsung have on offer and how they compare.

It’s wise to note that this is not a comparison to judge performance but just to give our readers an idea about what’s different between the two unreleased devices that were launched around MWC 2019.

As we can see from the table above, Huawei has the practical (almost bezel-less) folding display that not only folds flat in a larger 8-inch table-like display but also does not have an interfering notch as the Galaxy Fold does.

Going purely by the specifications on paper, the Mate X also features a higher sensor pixel count in comparison to the Samsung Galaxy Fold and the same goes for the battery.

Samsung’s inward folding display is a more rugged design, though both devices haven’t advertised an IP rating yet. So if you were looking to buy one of these and jump in a pool, you are better off with the recently launched Galaxy S10 or the Mate 20 Pro instead.

One detail to note about the launch was that Samsung did showcase the UI of the device, which according to them was developed with the Android developer community. At the same time, out of the two devices, Samsung has barely given out any details about the Fold’s size and weight, even though it looks compact in comparison to the Mate X’s larger footprint. The Mate X does weigh at a little above a quarter of a kilo (298 grams).

What remains to be seen is how apps will react and how well third-party apps will transition from a smartphone layout/configuration to a tablet interface. What also remains to be seen, as mentioned in my article about the Galaxy Fold, is how soon developers will jump to support these apps, a fragmentation issue that has plagued the Android platform for long.

Everyone’s waited years to see something new come from the smartphone industry and make these mobile computing devices interesting and fun after the iPhone inspired all smartphone-makers to ditch their creativity and courage.

And after all the camera popping action, foldables sure sound interesting even if they cost upwards of $1,500. While many of us will not be able to afford these ultra-premium devices, those who have been waiting for an iPhone XS Max equivalent (budget-wise), will now finally have a choice.