The company wants to make sending money as easy as sending a text message.

Facebook has been working for some time now to build its own cryptocurrency called Libra. Recently, the company received backing from major finance companies including Mastercard, PayPal, Visa and Uber for its digital currency goal. It had also consulted the US Treasury and the Bank of England on the same. A recent news report also stated that the company plans on paying its employees via the new service.

Today, the company has officially announced a digital wallet service named Calibra. The company managing this wallet is going to be a subsidiary of Facebook and will be operating independently from the social media giant. 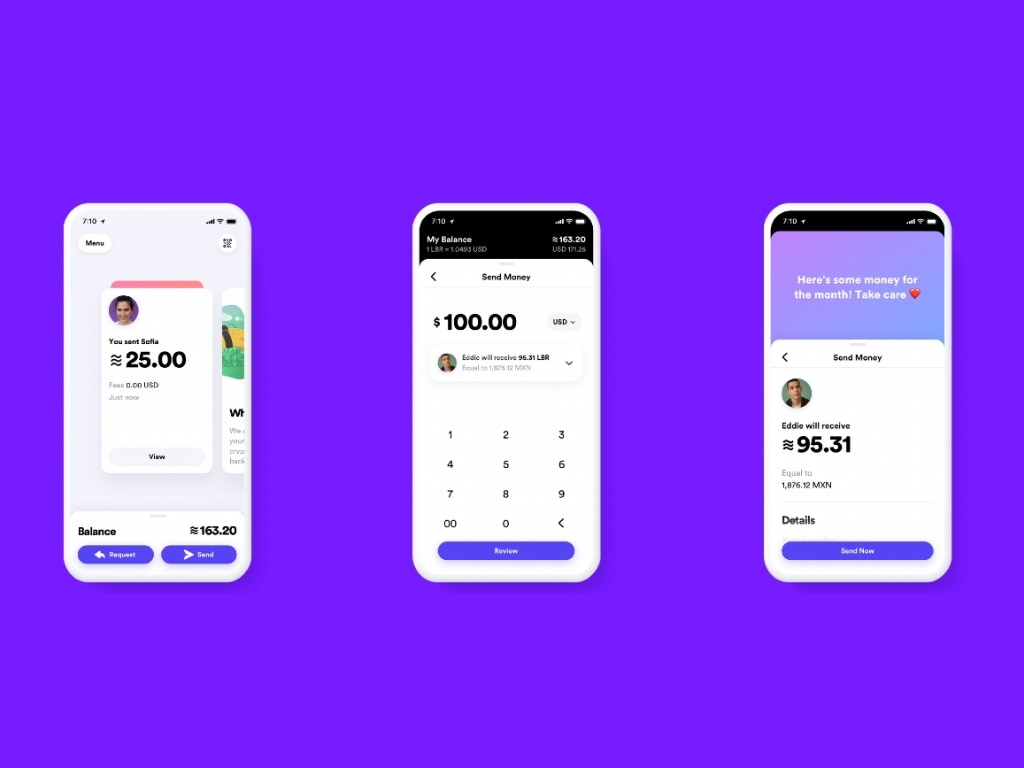 How can you use Calibra?

Calibra is going to be available as a standalone app on the App Store and Play Store. Apart from that, users can also use Libra within Facebook’s own messaging apps including WhatsApp and Messenger, making it much more accessible. It will make sending and receiving money between users just like exchanging text messages. In order to be eligible to use Calibra, users will need to present a valid government-issued ID to sign up. Do note, one doesn’t need to have a Facebook or WhatsApp account to create an account on Calibra.

For businesses, small merchants will be able to accept payment from its customers in Libra. Currently, in the first version of Calibra, only peer-to-peer payments or a transaction between two parties using the internet are supported. QR codes will also be supported. Facebook plans to later integrate other methods including in-store payments and POS systems.

How safe is Calibra?

Fraud detection is a feature of cryptocurrency, or rather, the underlying blockchain technology, so fraudulent transactions will be easy to catch. The same feature is present on Calibra as well. While cryptocurrency enables anonymous transactions, the company is taking a slightly different approach. Since all the accounts are linked with a government-approved identity, every transaction and account can be easily verified.

In the case of data privacy, Calibra claims that customer account information and financial data won’t be shared with Facebook or any third-party “without the customer’s consent”. However, considering that it’s a subsidiary of Facebook, Facebook's loose interpretation of user consent and privacy, and the numerous security lapses in the past, it would be wise to think twice before signing up for the service.

The company also claims that none of the data will be used to improve ad targeting for other Facebook products. The news announcement additionally mentions, “The limited cases where this data may be shared reflect our need to keep people safe, comply with the law and provide basic functionality to the people who use Calibra. Calibra will use Facebook data to comply with the law, secure customers’ accounts, mitigate risk and prevent criminal activity.”

What happens to WhatsApp Pay?

UPI is a service (available only in India) that already enables such easy and quick money transactions. Last year, UPI payments were introduced to WhatsApp in the form of WhatsApp Pay that essentially had the same purpose. However, with Facebook launching its own digital wallet service, it’s still unclear how the company is going to launch it in India.

According to rumours, India is going to be a target for Facebook in its new cryptocurrency venture. However, the RBI had already announced that any form of cryptocurrency won’t be considered as legal tender in India. Recently, a new draft bill named 'Banning of Cryptocurrency and Regulation of Official Digital Currency Bill 2019,' announced by a panel headed by Economic Affairs secretary, Subhash Chandra Garg has reportedly proposed a 10-year-long prison term for those who "mine, generate, hold, sell, transfer, dispose, issue or deal in cryptocurrencies."

It will be interesting to see how does Facebook manage to circumvent these obstacles to launch the service in India. There's no specific date for its launch but Calibra will be coming out in 2020.