The newly launched iPad Mini also comes in two variants. The Wi-Fi variant will cost you Rs 46,900 and the Wi-Fi + Cellular variant is priced at Rs 60,900. It comes in 64 GB and 256 GB storage options and will be available in Black, White, Dark Cherry, English Lavender, and Electric Orange colour variants. The India availability of iPad and iPad Mini is yet to be announced.

India pricing and availability of the Apple Watch Series 7 is not announced yet. It will come in Midnight, Starlight, Green, and a New Blue and (PRODUCT)RED aluminum case colour variants.

The new iPhone 13 series will be available for pre-order in India on 17 September and will go on sale on 24 September.

The 9th gen iPad features a 10.2-inch display that comes with True Tone that helps in adjusting screen colour temperature as per the ambient lighting. It is powered by the A13 Bionic chip that comes with a Neural Engine for better performance. In terms of camera, it sports a 12 MP ultra wide camera with a 122-degree field of view on the front. The iPad feature an 8 MP camera at the back. The new model retains old features like TouchID home button. It comes with support for first-gen Apple Pencil and smart keyboard. Apple says that this iPad can also support third-party keyboards.

The new iPad runs on iPadOS 15 which was announced earlier this year at WWDC 2021. It comes with a 20 W USB-C power adapter.

The newly launched iPad Mini features an 8.3-inch Liquid Retina display. It is also powered by an A15 Bionic chip that is said to offer up to 80 percent faster performance than its predecessors. It sports a 12 MP ultra wide selfie camera that has a 122-degree field of view. On the back, iPad Mini also features a 12 MP camera sensor. It supports Smart HDR and 4K video recording. The iPad Mini supports second-generation Apple Pencil and runs on iPad OS 15. Just like the new iPad, it comes with a 20 W USB-C power adapter. As for connectivity, it comes with Wi-Fi 6, Bluetooth, and a USB-C port.

Apple Watch Series 7 comes with an always-on Retina display just like its predecessors. The display will deliver up to 70 percent brighter results outdoor than the Apple Watch Series 6. It will be available in 41 mm and 45  mm variants. In terms of design, the new smartwatch has 20 percent more screen area and 1.7 mm thin bezels. Apple Watch Series 7 comes with a blood oxygen monitor and it can even track heart rate using an electrical heart rate sensor. Just like its predecessor, it can detect atrial fibrillation (AFib) and can show an electrocardiogram (ECG) report. It can also measure sleeping respiration rate and sleep trends.

The smartwatch runs on watchOS 8 that was announced at WWDC 2021, held in June this year. The new Apple Watch comes with two unique watchfaces: Contour and Modular Duo. It can offer up to 18 hours of battery life on a single charge. The smartwatch also comes with  IP6X dust resistance and a WR50 rating for water resistance. 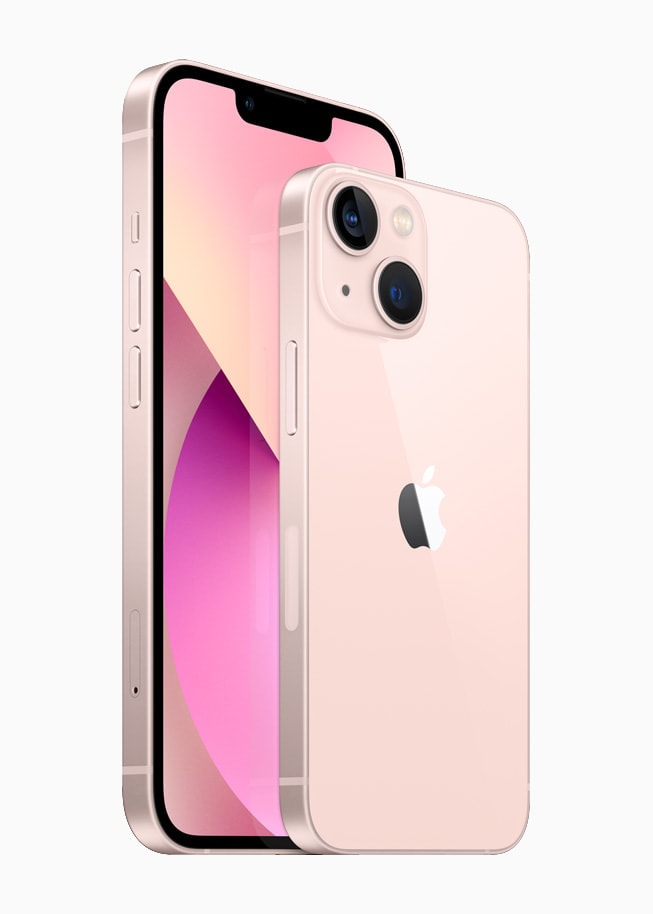 The two models have a flat-edge aluminum frame with Ceramic Shield material on the front. They also come with an IPX6 dust and water resistance rating.

Lastly, in terms of camera, the two models feature a new wide angle camera that, as claimed by the company, captures 47 percent more light. It comes with 1.7 um sensor pixels and an f/1.6 aperture and even supports sensor-shift optical stabilisation. The two iPhones also come with a 12 MP ultra wide camera on the back. It also comes with a new Cinematic Mode that supports rack focus to focus on objects while moving.

(Also Read: Apple's iPhone 13 is here and so is the meme-fest, replete with new kidney jokes)

iPhone 13 Pro and iPhone 13 Pro Max feature a 6.1-inch, 6.7-inch Super Retina XDR display with ProMotion. They come with a variable refresh rate that ranges from 10 Hz to 120 Hz and offers 1000 nits of brightness. The peak HDR brightness of the two models is 1200 nits. They both also support Dolby Vision, HDR10, and HLG. In terms of design, both the Pro models come with a custom finish that is said to protect the handsets against abrasion and corrosion. Both the models come with a 77 mm telephoto camera that allows 3X optical zoom, a ultra-wide camera that captures shots up to 2 cm from the subject and a primary wide camera. All the sensors come with a Night Mode. Apple has also introduced a new Photographic Styles feature that allows users to customise the images in real-time using presets and adjusting Tone and Warmth sliders.