The product-page like design seems to be Apple's way of showing how important is user privacy for the company.

Apple's latest product is privacy. Yep, you read that right. It's not a new iMac, or a new iPhone, or a new iPad. Privacy. It's sad that we're even at a stage where a company we rely on for essential (well, essential to some of us anyway) services even needs to make such a 'bold' statement, but there it is.

Privacy, is, in typical Apple fashion, now presented as any other Apple product and comes with its own product page. Rather than flood users with unnecessary information and legal jargon, the page presents Apple's stance on privacy as plainly and elegantly as possible. Glancing through the page should give you a very good idea of what data Apple collects, and what it does with any data you send its way.

This is in stark contrast to Facebook, which seems to think that the best way to deal with privacy issues is a rebranding.

Apple CEO Tim Cook has time and again reiterated the importance of privacy. The first sentence on the website reads: Privacy is a fundamental human right.

Notably, Apple's privacy policy hasn't changed, it's been this way for a while. It's only the presentation that has changed.

Apple has also taken this opportunity to throw light on how Siri uses the information it collects from you. The website says that "Siri learns what you need, not who you are". If you click on that section, Apple also leads you to show how you can delete the information about yourself that Siri collects. 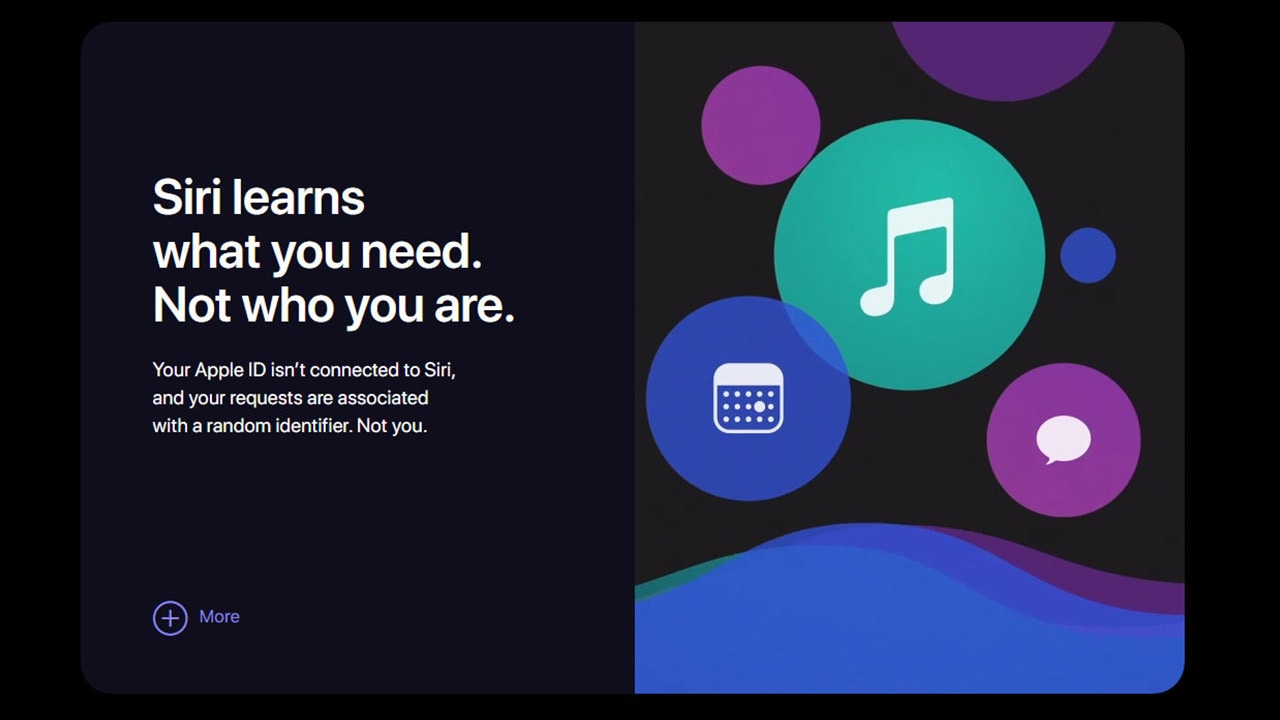 Apple took the trouble to point out that Siri no longer collects user data by default.

In August, Apple suspended the human review of Siri commands and apologised for the way it used people, rather than just machines, to review the audio. Late last month, Apple resumed the practice after giving users the option to not send Apple any data. Apple has also clarified that Siri data you send to Apple will not be associated with your Apple ID.