While we're excited to see Android 9.0 mentioned in the features list, it's highly unlikely that the phone will launch with Android 9.0 aka Android P.

We know that Chinese smartphone maker Oppo's next-gen flagship device, the Find X, is going to launch on 19 June at an event in Paris. On 14 June, an entire specifications list along with a very realistic render was revealed by an Indian tipster called Ishan Agarwal, who has in the past provided accurate leaks about Xiaomi devices.

Today, there is a yet another leak that shows a front-facing image of the device. Along with the image is a screenshot from the system info page in the settings menu, which highlights a few details. For example, we can see that 195 GB of the 256 GB storage will be available to the user and that Android 9.0 — with OPPO's custom ColorOS 5.1 — will be powering the device.

While we're excited to see Android 9.0 mentioned in the features list, it's highly unlikely that the phone will launch with Android 9.0 aka Android P. Android P is still in Beta 2 and doesn't even have a name yet. In fact, we'd expect Android P to debut alongside new Google Pixel devices. On the other hand, if the image is to be believed, Oppo is at least working on Android P support for the device.

This information is also in contradiction with specifications sheet leak from 14 June, according to which the phone will run on Android 8.1 Oreo overlayed with Oppo's custom Color OS 5.1. This seems more realistic.

Coming to the image of the phone itself, it's quite clear that at least the corners of the phone are rounded. While it's not visible in this leak, the phone is very likely to arrive with a notch. 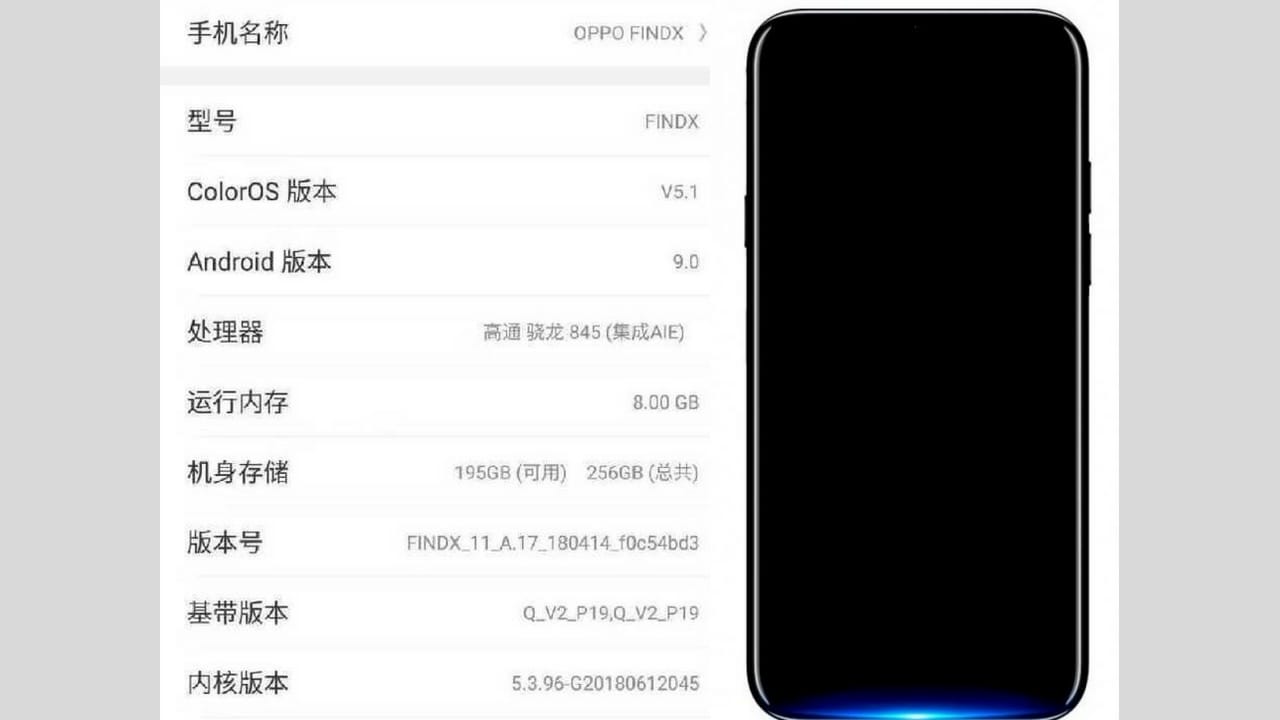 Running the device is a Snapdragon 845, which is apparently backed by 8 GB of RAM and at least 128 GB of storage.