The spec sheet of the Oppo Find X specifies that the device will have a 6.4-inch AMOLED display which will bear the aspect ratio, 19.5:9.

We know that Oppo's next-gen flagship device, the Find X, is going to launch on 19 June at an event in Paris. Now as we approach the launch date, it would seem that the rumour mill can't stop churning out new leaks about the device. This time it seems the entire spec list along with a very realistic render has been revealed by an Indian tipster. 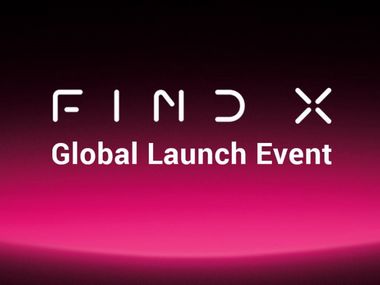 As per a tweet by Ishan Agarwal, who has earlier provided accurate leaks about Xiaomi devices, the leaked spec sheet of the phone specifies that the device will have a 6.4-inch AMOLED display which will bear a 19.5:9 aspect ratio and a resolution of 2340 x 1080.

The rather tall aspect ratio may be proof that the Oppo Find X will also be joining the notch-brigade. The dimensions of the device are 156.7 x 74.2 x 9.6 mm, which show that the device could be slightly on the thicker side.

In terms of hardware, the phone looks to be sporting the Snapdragon 845 chipset alongside 8 GB of RAM and 128 GB of internal storage. Reports say that there might also be a variant which has 256 GB of storage as well. The phone will run on Android 8.1 Oreo overlayed with Oppo's custom Color OS 5.1. 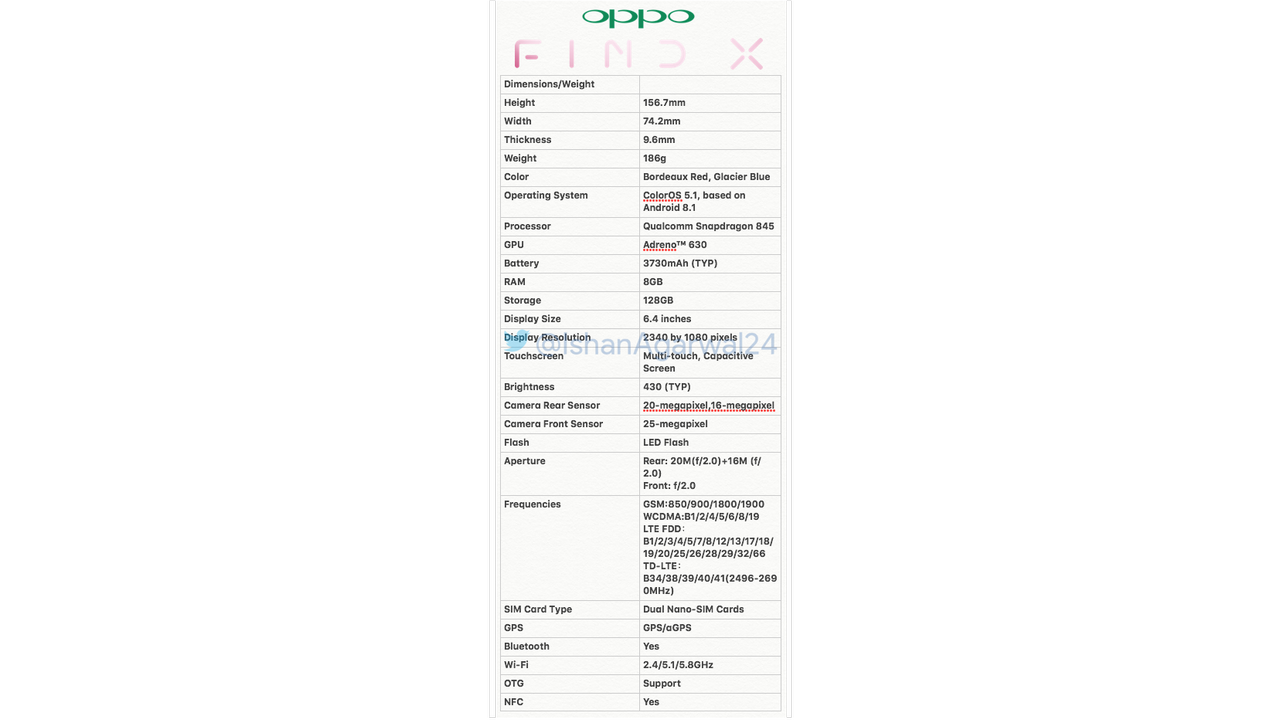 In terms of the optics, the tipster claims that the device will have a 25 MP selfie camera along with the 20 MP +16 MP rear cameras. The entire setup will be powered a 3,730 mAh battery and it will also support quick-charge technology. The connectivity features of the smartphone include dual-SIM support, NFC, Bluetooth, Wi-Fi 802.11 ad and GPS.

To be clear, these are not the official specs of the phone and concrete information will only be revealed at the launch of the device. There's also no word on whether Oppo will bring the Find X to India or not. We shall keep you updated as the story develops.