PUBG Mobile had earlier announced its India Tour 2019 esports tournament for the country which was aimed at bringing the mobile esports ecosystem towards tier 2 cities. Now the final for the tournament's Jaipur leg is going to be conducted on 25 August and it will be held in at the RIICO Industrial Area in Jaipur. 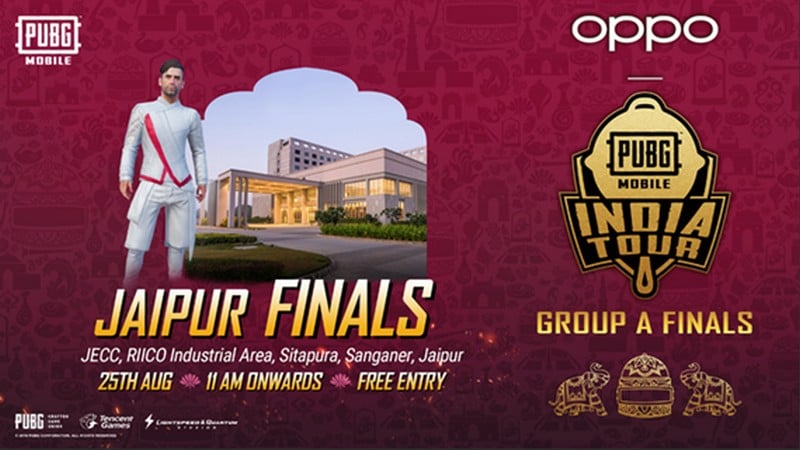 Building on the success of the Indian leg of PUBG Mobile Club Open and the PUBG Mobile Campus Championship, the new India Tour 2019 saw over 400,000 games played across in-game and online qualifiers in Jaipur. The Group A pool itself witnessed 18,000 squads across the country of which now only 20 squads are left. Four teams will then move forward to participate in the All India finals to compete for a prize pool of nearly Rs 1.5 crore.

The finals in Jaipur will commence at 12.00 pm on 25 August and the stream will be broadcast live on PUBG Mobile's official YouTube and Facebook pages. Gates for the tournament will open at 11.00 am for spectators and the entry is free.

Here are the teams that have made it to the finals