Amazon is offering a 10 percent instant discount for all the purchases made via SBI credit cards.

After the recent Prime Day sale, Amazon is again back with its Freedom Sale starting 8 August. This three-day sale will begin a little early i.e. 7 August 12.00 pm for the prime members. The company is offering a 10 percent instant discount for all the purchases made via SBI credit cards. During this sale, buyers will be getting heavy discounts on smartphones like Oppo K3, Honor 8C, Samsung Galaxy M40 and so on.

#AmazonFreedomSale is back with exciting deals and much more. Freedom to save more starts on 8th Aug till 11th Aug. pic.twitter.com/AdzcznWmSP

The company has just teased a preview of the devices that will get the price cut or discounts. We have curated a list of best smartphone deals that you can expect from the sale.

According to the website, Samsung Galaxy M40 will get a price cut. The smartphone was launched in May this year at a starting price of Rs 19,990. It comes with 6 GB of RAM along with 128 GB of internal storage which can be expanded to 512 GB using a micro-SD card. 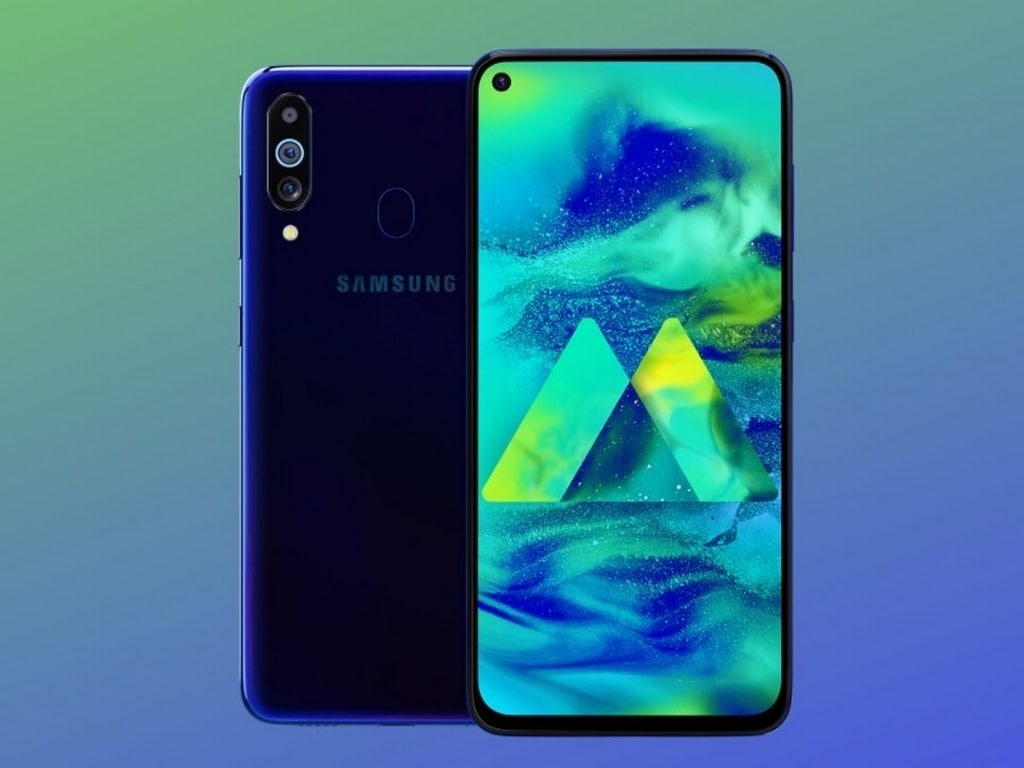 In terms of colour options,  Samsung Galaxy M40 is available in Midnight Blue and Seawater Blue.

Galaxy M40 comes with a 6.3-inch FHD+ Infinity O display which has a punch-hole camera on the front. The camera department of the device is handled by 32 MP + 5 MP + 8 MP camera setup, which would make this first M-series smartphone to have one. On the front we have a 16 MP front camera which can also be used for facial unlock.

Oppo K3 made its way to India market only recently and seems like it is also getting a price cut during the sale. In terms of pricing, it comes with a price of Rs 16,990 for 6 GB + 64 GB storage variant. As per the Amazon sale landing page, this smartphone will also be available at a lower price. It is available in two colour variants — Aurora Blue and Jade Black.

On the camera front, the device houses a pop-up selfie camera of 16 MP sensor. As claimed by the company, the camera module has five years of life and it opens up in 0.74 seconds. On the rear, the dual setup camera consists of a 16 MP primary sensor coupled with 2 MP secondary depth sensor.

Launched in August last year, Mi A2 (Review) was priced at Rs 16,999 for 4 GB +64 GB storage variant. It has a fingerprint sensor at the rear and is powered by a Qualcomm Snapdragon 660 SoC with an "AI Engine". This smartphone will also be available at a lower price point during the Amazon Freedom Sale. As for the camera, the Mi A2 sports a dual-camera setup at the back, which consists of a combination of a 12 MP primary camera unit and a 20 MP secondary camera unit, both with a f/1.75 aperture. It is accompanied by an LED flash.

Samsung Galaxy M20 was launched in January this year. It is known for its whopping battery of 5,000 mAh. You would want to keep an eye out for this one as this is also listed among the smartphones that will be available on discount during the upcoming Amazon sale. This smartphone was launched at a price of Rs 10,990 for its 4 GB +64 GB variant. For optics, there's a dual rear camera set up along with a 13 MP f/1.9 aperture primary sensor, and a 5 MP 120-degree ultra-wide sensor. An 8 MP sensor along with an f/2.0 aperture is available at the front for selfies and video calls.

The M20 gets a beefy 5,000 mAh battery and also comes bundled with a 15 W fast charging adapter.

LG W30 is also one of the recently launched smartphones. It was launched at a starting price of Rs 9,999 for 3 GB + 32 GB storage variant.

The LG W30 has a 6.3-inch HD+ display with a drop-notch which houses the front-facing camera on the device. The W30 has the MediaTek Helio P22 chipset.

In terms of optics, the W30 have triple-cameras at the back with 12 MP + 13 MP + 2 MP sensors. The device also has a 4,000 mAh battery, face unlock feature and a physical fingerprint sensor. The W30 is available in Thunder Blue, Platinum Grey, and Aurora Green colours.

Launched in April this year, Redmi Y3 (Review) was priced at Rs 9,990 for its base model. It is will also be available on discount during this three day Amazon Freedom Sale. 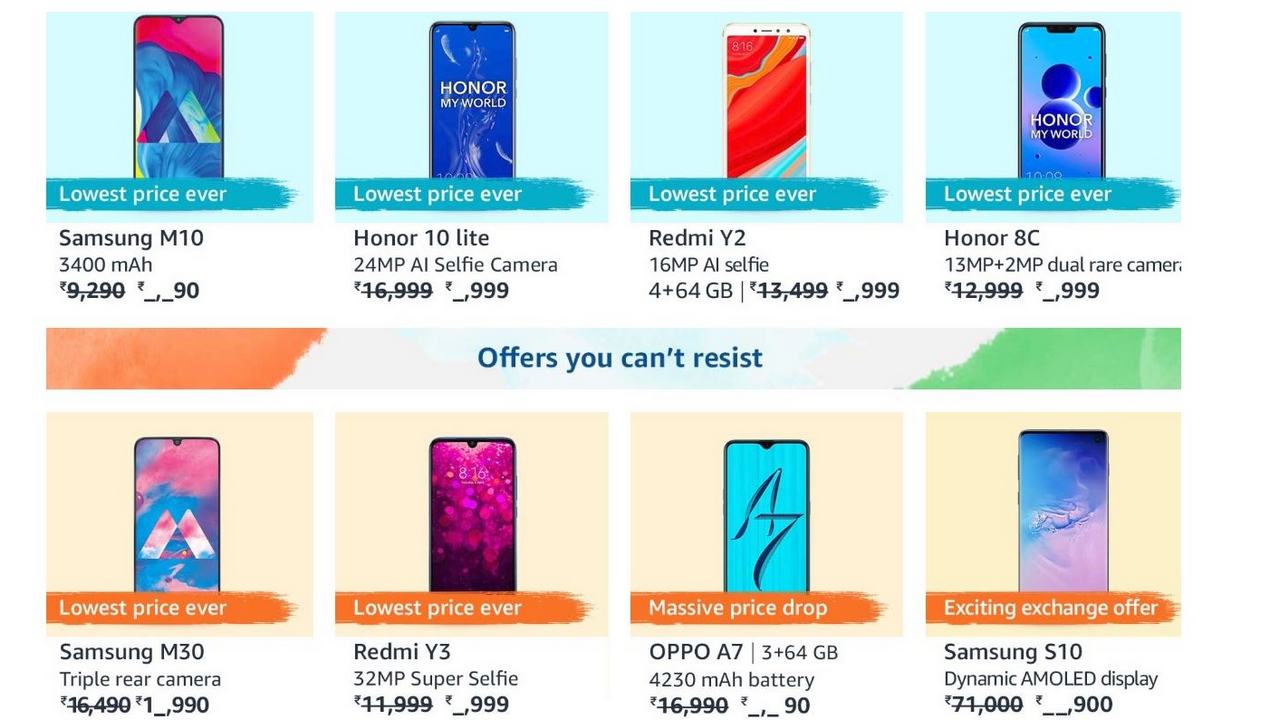 The smartphone will come in blue, black and red colour variants.