PV Sindhu and Kidambi Srikanth are the leading Indian shuttlers in action at the Singapore Open today. Follow our live blog for regular scores and updates from the badminton tournament.

Kidambi saves three match points to beat Ihsan Maulana Mustofa 18-21, 21-19, 22-20 and enters the quarter-final of the men's singles. Although, he struggled to take control during the start of each game which is a bit of a concern going forward in the Superseries event. Still he fought back to snatch the tie from the young Indonesian shuttler

Carolina Marin enters quarterfinals; will face off against PV Sindhu

Another emphatic straight-game victory by Marin as she defeats Chia Hsin 21-7, 21-11 to set up a quarter-final clash with PV Sindhu. This will be their third meeting in four months! Interestingly, Sindhu has defeated the Spaniard on both occasions.

THAT'S IT! PV Sindhu comes from a game down to defeat Indonesian Fitriani in three games and seals a place in the quarters of the Singapore Open.

So, that's it from us but we will be back again for the quarter-finals of the Singapore Open as PV Sindhu and Carolina Marin are slated to face each other for the third time in four months. Hope you enjoyed our live coverage as always. Goodnight!

Some gruelling performances from the Indian shuttlers in #SingaporeSS. Quarters calling! pic.twitter.com/AsKMX4liAY

Kidambi saves three match points to beat Ihsan Maulana Mustofa 18-21, 21-19, 22-20 and enters the quarter-final of the men's singles. Although, he struggled to take control during the start of each game which is a bit of a concern going forward in the Superseries event. Still he fought back to snatch the tie from the young Indonesian shuttler 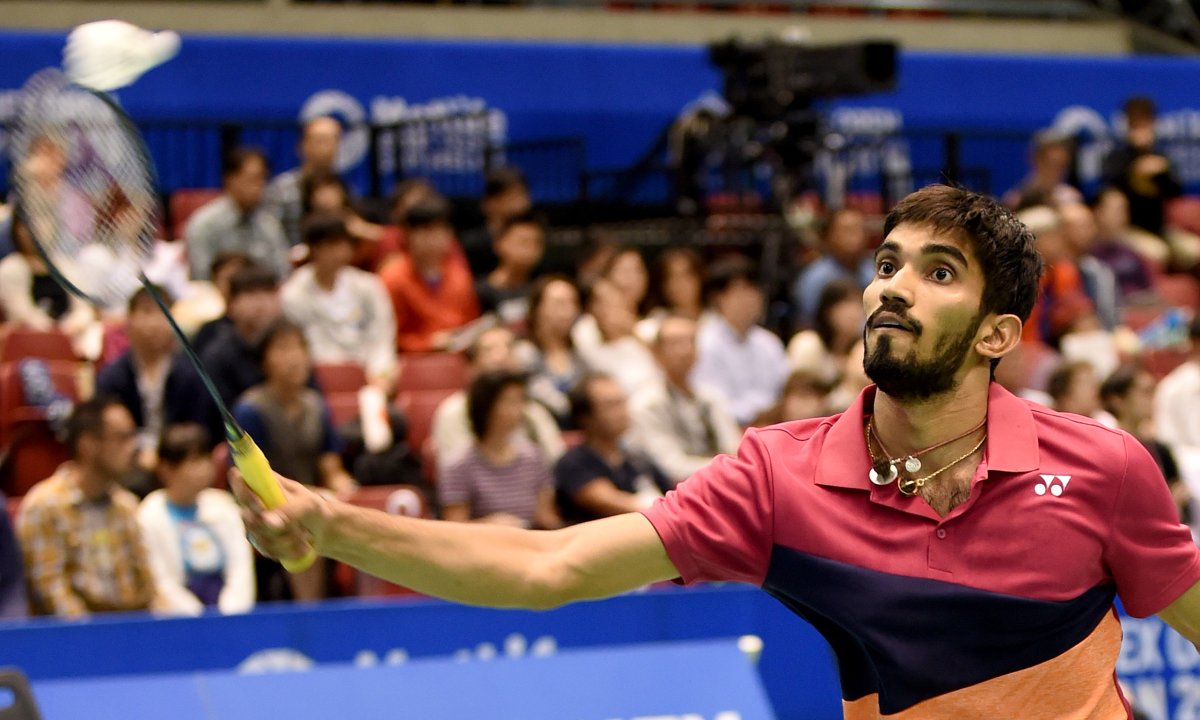 What a game this is turning out to be as Kidambi fights back from 17-20 to 20-20! Who will win this to enter the quarterfinal?

Ihsan Maulana leads 13-12 in the final game as both the shuttlers look to target the tramlines. Kidambi must focus on his net plays now

16-16! The Indonesian shuttler is giving his everything to stop Kidambi's forehand drives. Will he cause an upset?

After a healthy lead, Kidambi finds himself in trouble as he allows Ihsan to take the advantage after the break of the first game

Preview: Star shuttlers PV Sindhu and Kidambi Srikanth registered contrasting wins in their respective categories to enter the second round of the Singapore Open Superseries badminton tournament on Wednesday.

The fifth seeded Sindhu, who was up against Nozomi Okuhara of Japan in her first round match in the women's singles category, lost the first game before staging a superb comeback to win 10-21, 21-15, 22-20 in 62 minutes. Nozomi was off to a good start in the opening game, wining two consecutive points before the Indian equalised.

The two opponents continued to fight neck and neck before the Japanese took six points on the trot to open up a commanding 17-10 lead and went on to take the first game.

The second game also saw an intense battle in the early stages. With the scores locked at 6-6, Sindhu racked up nine back to back points to lead 15-6.

Although Nozomi tried to stage a fightback, she could not prevent Sindhu from taking the game.

The third game also saw a pitched battle. Although Sindhu won seven consecutive points to lead 16-8, Nozomi fought back to draw level at 20-20.

Sindhu however, took the next two points to seal the game and the match.

Srikanth on the other hand, had a much easier day in office as he beat Kenta Nishimoto of Japan in straight games in the opening round of the men's singles.

The Indian dominated proceedings from the start to register a comfortable 21-12, 21-11 win in 32 minutes.

Nishimoto gave a tough fight in the early stages of the first game before the Indian opened up a 7-4 lead and never looked back from there.

Srikanth enjoyed a superb start to the second game, taking a 6-0 lead early on and continued to hold the upper hand throughout.

The women's singles pair of Ashwini Ponappa and Sikki Reddy also entered the second round with a 21-19, 21-19 win over the Malaysian duo of Yin Loo Yim and Yap Cheng Wen.

The rest of the Indians had to face disappointment however, as Ajay Jayaram, Sourabh Verma, Sameer Verma (men's singles), MR Arjun and Ramchandran Shlok (men's doubles), Sanjana Santhosh and Arathi Sunil (women's doubles) and Manu Attri, B Sumeeth (men's doubles) crashed out of the first round.