"I don't know why the sports ministry is not agreeing to clear the parents of Sindhu and Saina to accompany them at the CWG. The government is not going to bear their expenses," Batra said.

"These shuttlers are our big sporting stars now and we should be supporting them. If a Virat Kohli or a Sachin Tendulkar had wanted to do the same as Sindhu and Saina are requesting now, will they (ministry) say no to them also?" asked Batra at the sidelines of the sending-off ceremony of India's CWG contingent. 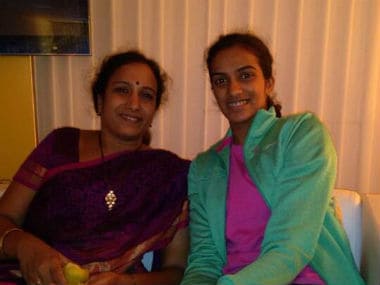 Reports emerged today that Saina's father Harvir Singh and Sindhu's mother Vijaya Pursala were going to Gold Coast on government expense after their name figured in the IOA list of officials.

However, a letter written by Badminton Association of India (BAI) to IOA, a copy of which is with PTI, doesn't mention their names anywhere.

BAI today said it is unfair to imply that parents of Saina and Sindhu are going to Commonwealth Games as part of the Indian contingent.

"It is absolutely false report. There is no truth in it and I think it is unfair on these two shuttlers, who bring laurels to the country," BAI secretary Anup Narang told PTI.

When Sindhu's father PV Ramana was contacted, he said: "I have travelled with Sindhu to many tournaments and always with my own money. This time also we had requested BAI to allow Vijaya to travel on own money. So it hurts to know that some people are spreading these false news."

Saina's father Singh was clueless about the development and said he has never taken any undue advantage of his position and all his expenses are borne by his daughter.

"I'm going on my own. I know a professor at Gold Coast. So I will go to watch the Games as a spectator and I am not part of the contingent. Even when I went to Rio Games, I stayed in rented accommodation. So, I don't know from where these reports are coming. It is unfortunate," Harvir said.