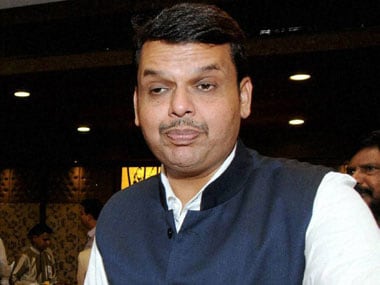 Congress general secretary for eastern Uttar Pradesh Priyanka Gandhi Vadra said that she took the advice of all the senior Congress leaders on whether she should contest the ongoing Lok Sabha polls from Varanasi in Uttar Pradesh.

AAP leader Atishi and Gautam Gambhir, who recently joined the BJP, continued their war of words on Tuesday. After Gambhir refused to engage in debate with Atishi, she asked him "why he had joined politics". The cricketer-turned-politican was quoted by CNN-News18 as saying that he doesn't engage in "debates and dharnas".

The Supreme Court allowed a new affidavit to be filed in the contempt case against Congress president Rahul Gandhi on 6 May. Singhvi said that his client will apologise for attributing "Chowkidar Chor Hain" remark to the Supreme Court.

"I made three errors and I apologise," Rahul Gandhi's counsel Abhishek Manu Singhvi said during the hearing in the Supreme Court regarding the contempt petition against the Congress chief.

The bench, led by CJI Ranjan Gogoi, rapped Rahul over the lack of apology in the two affidavits he filed in response to the contempt petition after he "wrongly attributed" a 'chowkidar chor hai' comment to the top court.

"You are contradicting yourself in your affidavit," the court said. adding that Rahul must accept the mistake made.

The Supreme Court on Tuesday questioned Congress president Rahul Gandhi in the contempt case against him for his attribution of 'chowkidar chor hai' statement to the apex court. The bench, headed by CJI Ranjan Gogoi has asked for an unconditional apology.

The advocate of BJP leader Meenakshi Lekhi, who has filed the petition against Rahul said that the two affidavits filed by Rahul are identical. He said, "Two affidavits have been filed, second is identical to the first. There is only one word.. regret in both the affidavits. This is the grossest form of contempt."

The Supreme Court has adjourned the hearing of the Rafale review petitions till 6 May, which also happens to be the fifth phase of the Lok Sabha election. The Centre has also asked for four weeks to file a fresh affidavit in reply to the slew of review petitions filed of its 14 December, 2018 order.

Congress general secretary Priyanka Gandhi addressed the allegations against her brother and Congress president Rahul Gandhi and said that "all of India" knows that Rahul is Indian. "Rahul Gandhi has grown up in front of the country, the whole country knows he is Indian."

Regarding the Ministry of Home Affair's notice to Rahul over BJP leader Subramanian Swamy's complaint alleging that Rahul is a British citizen, she said that the BJP "just wants to defame him". She said, "Their intention is not good."

"(All) of India knows that Rahul Gandhi is an Indian. People have seen him being born and grow up in India. Kya bakwaas hai yeh?" she was quoted by ANI as saying.

BJP president Amit Shah addressed a rally in Rajasthan's Dausa on Tuesday. The BJP chief and Prime Minister Narendra Modi are campaigning in preparation of the fifth phase of the Lok Sabha election, due on 6 May.

Shah said that the country had been "waiting" for a prime minister who would work for the "poor, backward, and Adivasi" communities in the country.

Odisha chief minister Naveen Patnaik approached the Election Commission on Tuesday to appeal for the postponement of the by-election to be held in the Patkura Assembly seat in the upcoming phase of the state's Assembly election. Patnaik is making the request in view of Cyclone Fani's likelihood to hit Odisha.

He said, "I am in Delhi to meet the Election Commission of India regarding the by elections of Patkura Assembly seat, that it should be postponed in case the cyclone hits Odisha."

Former BJP leader Udit Raj hit out at the party and President Ram Nath Kovind and said that Kovind had approached him a few years ago to find some footing in the saffron party. Raj joined the Congress after the party denied him a ticket in the ongoing Lok Sabha election.

He said that a "dumb and deaf" Dalit, could climb the ranks in the BJP, he could become "national security or even the president," he said, in a veiled attack on Kovind. "if I was deaf and dumb, they would make me the prime minister, if it was the need of the hour," he said.

The ruling Trinamool Congress in West Bengal has asked the Election Commission to cancel Prime Minister Narendra Modi's nomination for the ongoing Lok Sabha election, over accusations of "horse-trading".

On Monday, Modi "warned" TMC chief Mamata Banerjee that at least 40 members of the party were "in touch" with the BJP. He also accused Mamata of nepotism, insisting she wants to politically establish her nephew in West Bengal.

Home Minister Rajnath Singh defended the MHA's notice to Congress president Rahul Gandhi over his alleged British citizenship. Amid accusations that the government was targeting Opposition leaders, Singh said that there was "no vendetta" behind the MHA's notice.

"This is only protocol," he said. Rahul has been given two weeks to reply to the notice.

Former Uttar Pradesh chief minister and Samajwadi Party chief Akhilesh Yadav mocked Prime Minister Narendra Modi in a tweet and said that the prime minister has restricted himself to the petty politics of horse trading which is playing out in West Bengal post voting in phase four of Lok Sabha Election 2019. Akhilesh further added that for this, the prime minister should be banned not just for 72 hours, but for 72 years.

Attacking the Opposition in his rally in Bihar's Muzaffarpur, Prime Minister Narendra Modi said that Opposition leaders "will not even win" enough votes to be Leader of Opposition in the Lok Sabha, but that they are "dreaming" of being prime minister. He also targeted previous governments over "inaction" against terrorism.

"In the years before our government, there were bomb blasts everywhere, but the government of the time did nothing. In Sri Lanka, militants killed 250 people, so we see that the risk of terrorism is worldwide. Do you want a weak government, who cannot give a fitting reply to terrorists? If there is a threat to India, we will target their homes," he said.

Prime Minister Narendra Modi is addressing a rally in Bihar's Muzaffarpur, in preparation for the fifth phase of the Lok Sabha election. He slammed the previous governments for "non-development" and "cast politics" in the state. "The Opposition only wants to hide its wrongdoings, their only aim is to form a majboor government in the Centre," he said.

The Election Commission will hear charges of Model Code of Conduct violations against Prime Minister Narendra Modi, BJP president Amit Shah, and Congress chief Rahul Gandhi on Tuesday. The poll panel will then submit its report to the Supreme Court.

The poll panel will also examine charges levelled against Rahul alleging that the Congress chief charged the prime minister with his "baseless" allegations.

The Centre on Monday asked the Supreme Court to defer Tuesday's hearing on the pleas seeking review of the Rafale deal verdict on 14 December, 2018 saying it needs time to file a detailed reply on these petitions.

The Centre's prayer was made before a bench headed by Chief Justice Ranjan Gogoi which did not say anything on the issue of adjournment of the scheduled hearing on Tuesday. However, the bench, also comprising Justices Deepak Gupta and Sanjiv Khanna, allowed senior advocate R Balasubramanian, appearing for the Centre, to circulate a letter of adjournment among the parties which include petitioners who have filed the review pleas.

The Centre's letter said it needs time to file reply on merits on the review petitions. The review petitions filed by former Union ministers Yashwant Sinha, Arun Shourie and activist lawyer Prashant Bhushan is listed for hearing before a bench headed by the chief justice on Tuesday in the post-lunch session.

Two other review petitions — filed by Aam Aadmi Party leader Sanjay Singh and advocate Vineet Dhanda — are also listed for hearing on Tuesday. The Centre has said in the letter that it has raised certain preliminary objections on maintainability of certain documents relied upon in the review petitions and the court had decided the issue on 10 April.

It said that since the government has not filed any reply on the merit of the review pleas, it would need some time to file a detailed reply to the petitions seeking review of 14 December, 2018 verdict in Rafale fighter jet deal case.

In a setback to the Centre, the apex court on 10 April allowed the pleas which relied on leaked documents for seeking review of its Rafale judgment and dismissed the government's preliminary objections claiming "privilege" over them.

The Centre had submitted that three privileged documents were unauthorisedly removed from the Defence Ministry and used by the petitioners to support their review petitions against the December judgment of the apex court which had dismissed all pleas challenging the procurement of 36 Rafale fighter jets from France.

The top court had rejected the objections raised by the Centre that those documents were not admissible as evidence under Section 123 of the Indian Evidence Act, and no one can produce them in court without the permission of the department concerned as they are also protected under the Official Secrets Act.

It had noted that all the three documents were in "public domain" and published by prominent daily The Hindu were "in consonance with the constitutional guarantee of freedom of speech".
It had said the documents used in the pleas were published in ‘The Hindu' in February and one of the papers was also published by ‘The Wire'.

The apex court had also noted that no law enacted by Parliament specifically barring or prohibiting the publication of such documents on any of the grounds mentioned in Article 19(2) of the Constitution has been brought to its notice.

The Rafale fighter is a twin-engine Medium Multi Role Combat Aircraft manufactured by French aerospace company Dassault Aviation. A deal to procure the jets was signed between India and France in 2015. The delivery is expected to begin in September this year.

In the December 2018 verdict, the apex court said there was no occasion to doubt the decision-making process in the procurement of 36 Rafale jets from France and dismissed all the petitions seeking an investigation into alleged irregularities in the Rs 58,000 crore deal. The top court had said there was no substantial evidence of commercial favouritism to any private entity.

Prime Minister Narendra Modi, who addressed public rallies at Barrackpore and Srerampur in West Bengal and also at Koderma in Jharkhand on Monday, will address public rallies at Muzaffarpur in Bihar and Barabanbki and Bahraich in Uttar Pradesh.

On Monday, Congress MP from Silchar in Assam Sushmita Dev moved the Supreme Court and filed a petition alleging that Modi and Shah have violated the Model Code of Conduct (MCC) at various occasions during campaigning for the Lok Sabha elections. A bench headed by Chief Justice of India Ranjan Gogoi has agreed to hear the petition on Tuesday.