On the trail of a predator

Behind the locked metal doors of Delhi’s maximum security Tihar jail, Sunil Rastogi — dubbed India’s worst pedophile and the world's biggest — waits among hundreds to be counted. Only then will he be taken for a psycho-analytic test.

Nothing much has come out of such tests; only one has been conducted so far, claim those in the know. In his interactions with jail staff and cops, Rastogi — a tailor by profession, who confessed to having sexually abused over 500 children — said he had a fetish for children because he considered them virgins; wore his lucky red trousers (when on the prowl); and took the Sampark Kranti Express from Rudrapur every week to reach Delhi. And then, he would look for the lonely terraces of single-storey homes where lowly, daily wage earners lived cheek-by-jowl. These terraces would be used for drying clothes and pickles.

At his home in crowded New Ashok Nagar, on the outskirts of Delhi, Rastogi would often scan his television set to watch skinny models walking the ramp in skimpy clothes. He watched Western television serials that had scenes of beaches, he told cops, adding he did not remember which channels did he surfed. Rastogi also told the cops children were easy targets as compared to women, and the terrace — he claimed — was the safest ( to carry out his deeds). He succeeded in most of his attempts, failed in some when the victims cried of pain loudly enough to attract attention.

He ate routine food when he was in the police lock up for two nights, but feared for his life because twice, crowds of over 50-60 people — including parents of children he had molested — surrounded the police station and demanded Rastogi be handed over. 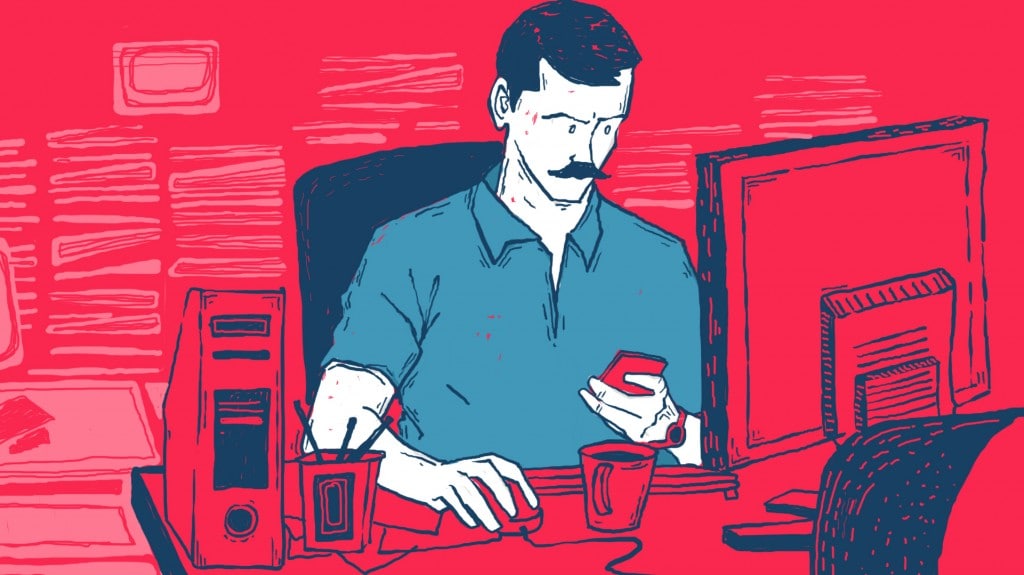 There was one incident in December-end and two in January, probably he grew confident; he had a feeling that he could not be arrested.

“He looked like a psycho, there was a bland look on his face, he kept staring at the roof of the lock up. He sat in a corner, did not talk to anyone, others did not talk to him. In most cases, those inside the lockup know why a new entrant has come, but in this case we maintained secrecy,” says Pinky Rana, the investigating officer who picked him up after a series of sexual abuse cases were reported at the police station.

Rana said the cops got information from Bhawna Rastogi, Sunil's wife, who said she could not come to testify to Delhi because she was suffering from a bone tumour that had deformed her spinal cord. But she told cops in the dusty town of Rampur about her husband's excessive sexual habits. The cops relayed the information to Delhi.

On paper, Rastogi is India’s biggest pedophile. The previous case that garnered headlines was the one that happened in a child care home in Goa in 2015 where more than 12 children were sexually abused by the home owner. In 2001, Duncan Grant, 63, a charity worker and former naval officer, and friend Lt Cdr Alan Waters, 58, who worked with the Sea Cadet Corps in Britain for more than 30 years, were charged by Mumbai Police with sodomy and sexually abusing boys at the home following complaints from children. However, the two were ordered to be freed and allowed to return home by the Bombay High Court in 2008.

In comparison, Rastogi's case appears even bigger than the scandal in Norway last November, where at least 20 people have been arrested on pedophile charges, the list of suspects including lawyers, economists, primary schoolteacher and even a police officer.
Married twice and a father of five children, Rastogi grew bolder with each victim.

“There was one incident in December-end and two in January, probably he grew confident; he had a feeling that he could not be arrested. We laid a trap for him and he walked into it, gave in very easily,” says Rana, who accompanied Rastogi to a court in Delhi. During the journey, Rastogi talked very little, only asking about the distance between the police station and court. Once he was sentenced to judicial custody, he bid goodbye to the cops with folded hands.

The judge asked him if he had a lawyer. Rastogi was silent, merely nodding his head.

He worked with a bag of toffees, and picked up gullible children returning from school. Many he molested did not even tell their parents because of shame. The New Ashok Nagar police in Delhi did not seek his custody from a lower court in the Indian capital, which sent Rastogi to judicial custody. “We got all that was required to frame the case, we had no need for him to be in the lockup. If he had stayed, we could have invited trouble because the neighbours were very agitated,” says Om Vir Vishnoi, Deputy Commissioner of Police (East).

Vishnoi said as many as 34 cops, including some from Uttar Pradesh and Uttarakhand, were deployed to nab Rastogi. The cops initially viewed some CCTV footage procured from shops but could not get Rastogi’s name or address. Then, images of Rastogi were shared with as many as five northern Indian states where similar cases were reported.

The vital clue came from Rudrapur in Uttarakhand where Rastogi was nabbed in a similar case in 2006. When his image was circulated by the cops to victims, they immediately identified Rastogi.

News of his arrest travelled across India.

In faraway Rudrapur, an industrial town, (transit camp) police station house officer Sushil Kumar says he was the first cop to have arrested Rastogi and found him to be a debauch.

Rastogi was infamous for fondling and molesting children in the Rudrapur where he rarely attended to his shop and mostly seen loitering around local schools, arrested as many as 15 times. The first couple of times he was sent off with a stern warning but then, the incidents started growing.

“His modus operandi was the same. He worked with a bag of toffees, and picked up gullible children returning from school. Many he molested did not even tell their parents because of shame. We heard of many cases once we booked him in 2006,” says Kumar.

During interrogation, Rastogi initially denied he was married, and only after a few days in the lockup, confessed he had a large family. Interestingly, his family members — including his disabled wife — did not visit the cops to enquire about Rastogi. A Rudrapur-based lawyer, Sudhir Kumar, initially represented Rastogi but later backed out because of unpaid dues. 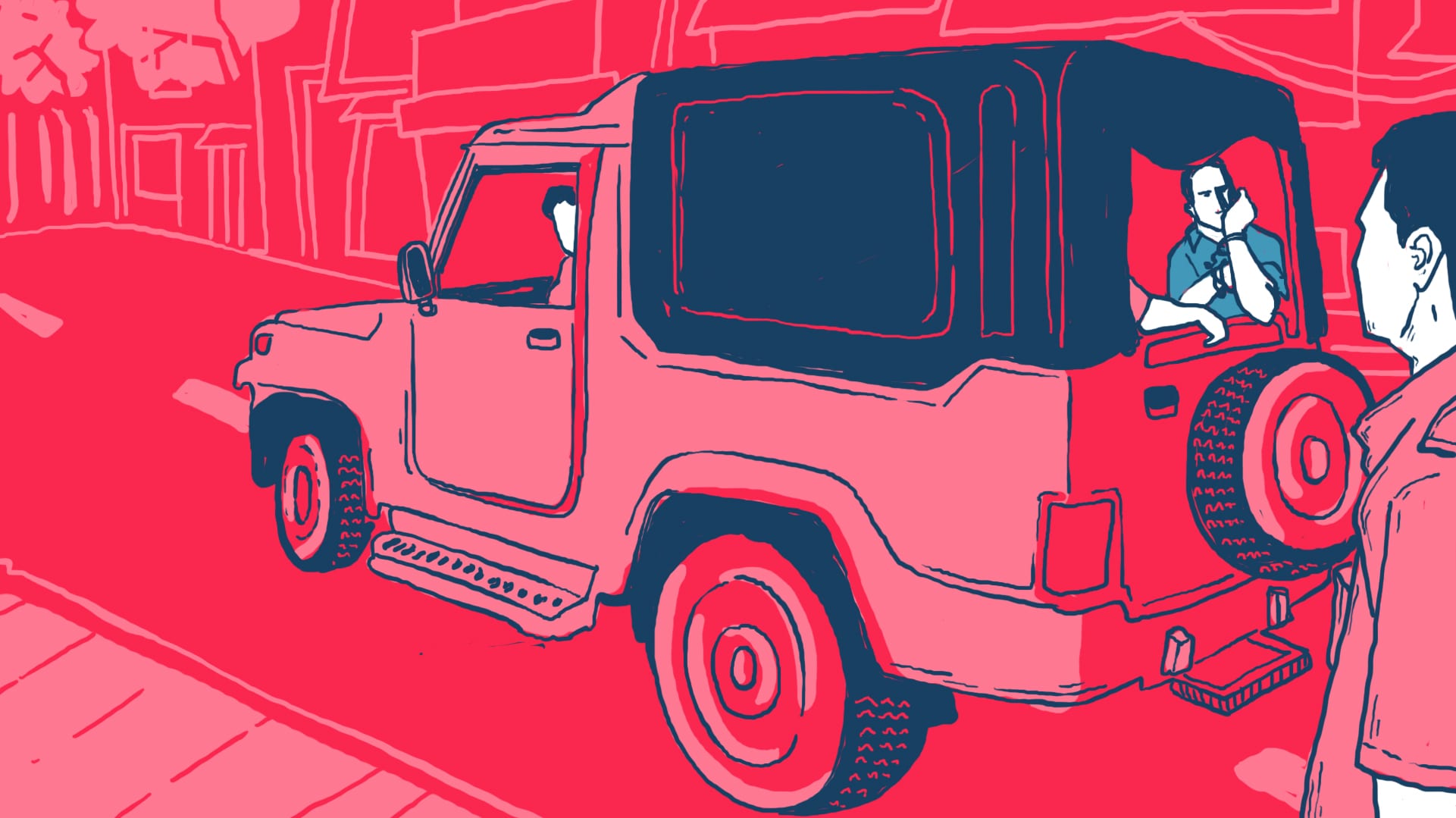 Rastogi went to the local jail, and then, when he was sure to get life imprisonment, he sought bail to meet his ailing wife and five children. It was granted by the judge, and Rastogi promptly jumped bail. He is facing trial in as many as 15 cases.

Kumar says he would now be travelling to Delhi to seek custody of the pedophile, for which he needs a court order. “It will happen soon because he must face trial first here, and when sentenced, serve the term,” says Kumar.

Kumar says Rastogi could even be held indefinitely in jail in the multiple cases he faces in Rudrapur, he could even go through what many sex offenders face after completing their sentences. They are being held indefinitely under a policy known as “civil commitment”, having been deemed “sexually dangerous” or “sexual psychopathic personalities” by the courts. The intent is to provide treatment to the offenders until it is safe for public for them to go home.

“I doubt he will ever come out if he goes in,” says Kumar.

“All cops have the Page 3 register with them, full of data. But there is no national offence register, only now we are talking about it.”

But it is easily said than done.

Anant Kumar Asthana, a seasoned lawyer handling similar cases of sexual abuse, says India lacks what is known internationally as the effective use of data on such criminals: “All cops have the Page 3 register with them, full of data. But there is no national offence register, only now we are talking about it.”

Asthana says the current case of Rastogi could put some severe pressure on the government. Woman and child development minister Maneka Gandhi has already asked her ministry to prepare a national register of such criminals which, it is reliably learnt, will be shared with almost anyone and everyone.

“The government wants to make it mandatory for anyone going through the process of putting their children in school, acquiring new homes, renting apartments, seeking jobs or starting business with bank loans to see the register to be safe,” says Asthana.

There’s a line you need to draw for public safety. If the data was shared across India, Rastogi would have been in prison. 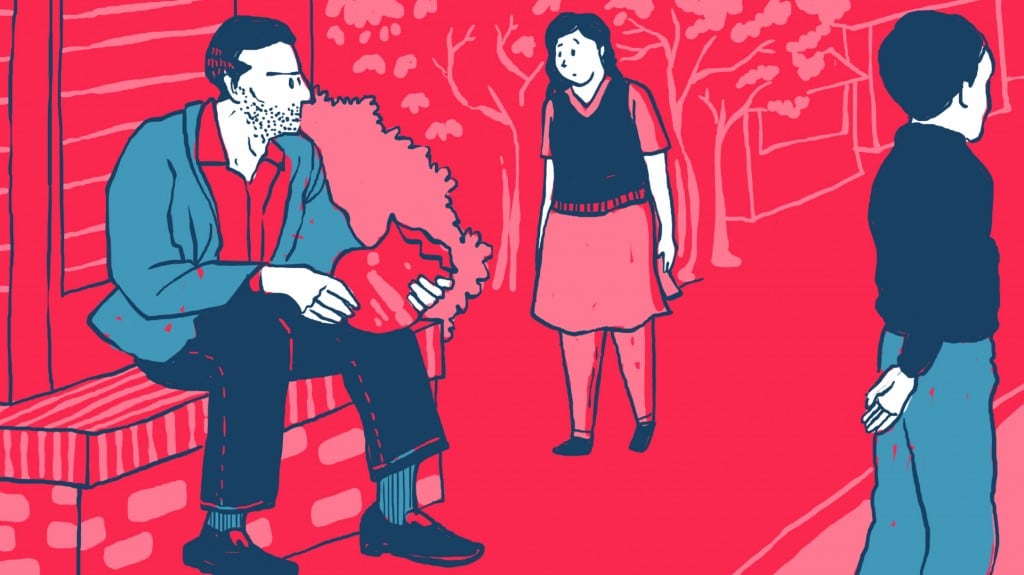 “There’s a line you need to draw for public safety. If you look at some of their case files like Rastogi, it’s repeated, horrific crimes that put them in this situation. The situation could have been avoided if the data was shared across India, Rastogi would have been in prison.”

But Rastogi was allowed to become the world’s biggest pedophile.

Interestingly, the pressure to act against such sexual offenders, according to Asthana, started on the Delhi government in 2011 when a number of bus drivers and bus conductors were found to have sexually abused school children.

But now, the Rastogi case will push the government’s commitment programme for pedophiles to go for a quick overhaul. The faster it happens, the better.