Tamil Nadu's political roadmap changed drastically after the death of J Jayalalithaa. The man (O Panneerselvam) who was always seen posturing before the mighty Amma, has transformed into a formidable antagonist, exhibiting lofty ambitions. Not to be outdone, before leaving for prison VK Sasikala changed the power dynamics within the party in such a way, leaving no one in doubt where the real power centre lies.

The AIADMK is in the throes of a power struggle that might lead to an eventual split. Though the state is not unfamiliar with political turmoil, the drama that has unfolded in the past couple of months has been unprecedented.

Here's a look at some of the key players from the AIADMK theatre. 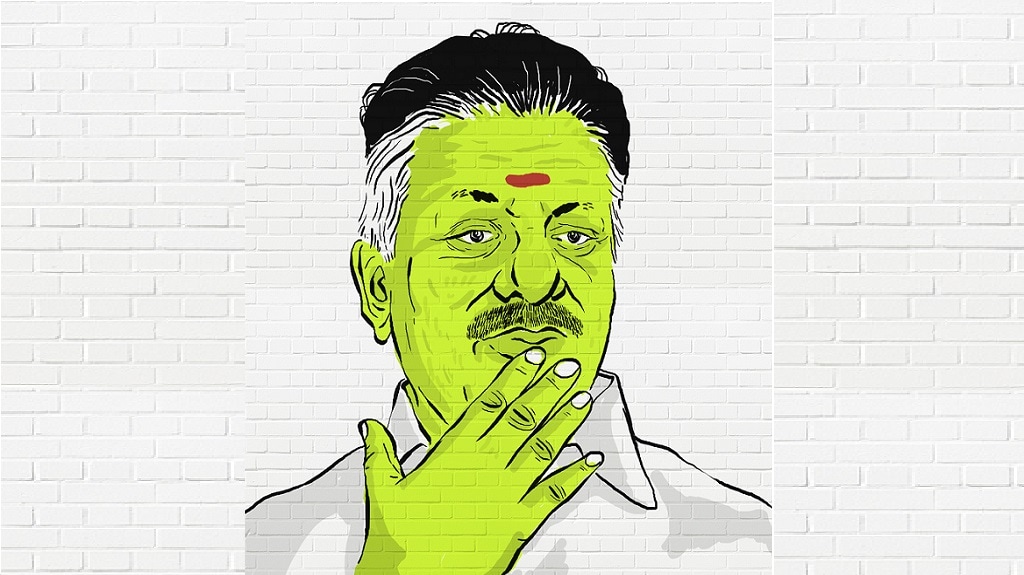 Three chief ministers were sworn-in in the last nine months in Tamil Nadu, but in this political potboiler O Panneerselvam (OPS) will probably be best known as the 'interim chief minister'. The Amma loyalist became the interim chief minister for the first time in September 2001 when late chief minister Jayalalithaa was disqualified by the Supreme Court in the Tansi land deal case. He once again stepped up in September 2014 when Jayalalithaa was convicted by the trial court in the disproportionate assets case. He was sworn-in as the chief minister the same night that Jayalalithaa passed away. In the last few months, the permanent understudy had a chance to come out of his leader's shadow, until he got into a bitter power tussle with the newly anointed Chinnamma. He has emerged as a political maverick by taking on the Chinnamma. Is it all over for OPS? While Sasikala-backed Edappadi Palaniswami was sworn-in as the chief minister of Tamil Nadu on 16 February, OPS pledged that the fight will continue against "one family controlling the AIADMK". Talking about pledges, VK Sasikala, who became the interim general secretary of the AIADMK after J Jayalalithaa's death, showed her flair for theatrics when stopped at the late chief minister's memorial before surrendering at the Bengaluru Parappana Agrahara jail. She was seen thumping the tomb thrice. Firstpost's Nikhila Natarajan reported that it was a vow of revenge. When MGR was the chief minister, Sasikala, who was running a video rental shop, came in contact with Jayalalithaa. She was asked by the late chief minister to record videos of her rallies. She never left Amma's side since then. After Jayalalithaa's death, the AIADMK leaders were seen flocking at Poes Garden, from Sasikala to Chinnamma, her rise to the party top post was quick and dramatic. The Supreme Court verdict might have effectively ended her dreams of becoming the chief minister of Tamil Nadu, but by appointing E Palaniswami as the legislator party leader and TTV Dinakaran as the deputy general secretary, she left no one in doubt that Chinnamma would be controlling the party from behind the bars. From being a grassroots leader to emerging as Sasikala's Man Friday, E Palaniswami rose from a political nobody to the chief minister of Tamil Nadu in just a matter of few hours. From Nedungulam village in Salem district, Palaniswami belongs to the Gounder community. He joined the AIADMK in the 1980s and was a Jayalaltihaa supporter when the party split after MGR's death in December 1987.

He first entered the Tamil Nadu Assembly in 1989 from Edapadi constituency and retained the seat in 1991. A farmer by profession, Palaniswami was on the sidelines for some time as he lost the Edapadi seat in 2006. He came back to limelight in 2011 after winning from the constituency. He has held several key portfolios in the Jayalalithaa and Panneerselvam Cabinet. In his first media interaction as chief minister, his message to the fractured party was: "I wish to say that Amma's (Jayalalithaa) government will continue by me proving majority in the Assembly." 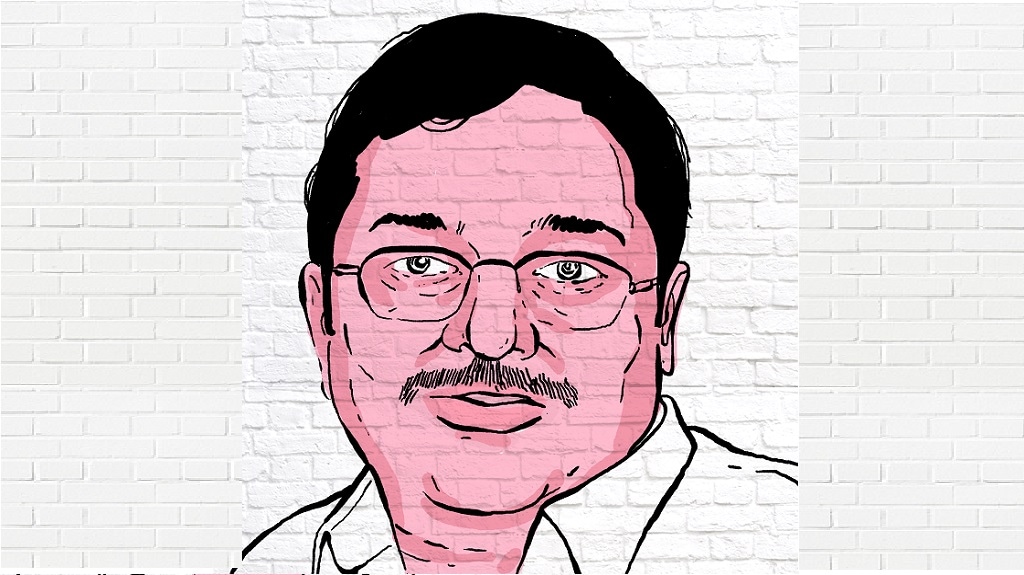 Hours before leaving for Bengaluru, Sasikala appointed her nephew TTV Dinakaran as the deputy general secretary of the AIADMK. Dinakaran, the son of Vanithamani — Sasikala's sister, shared a tumultuous relationship with the late party supremo. Dinakaran, along with his brothers Bhaskaran and Sudhakaran, became close to Jayalalithaa after MGR's death when the AIADMK had split. In 2011, Jayalalithaa had ousted Sasikala and her family from the party, which also included the three brothers. Sasikala managed to earn Amma's forgiveness, but not Dinakaran, who is also credited to have groomed Panneerselvam's initial political career. In January, the Madras High Court had upheld an order of FERA Appellate Board imposing a penalty of Rs 28 crore on Dinakaran. With Sasikala in jail, her nephew might be wielding real power. Before leaving for prison VK Sasikala changed the dynamics within the party in a way that left no one in doubt where the real power centre lies.

Veteran party E Madhusudhanan is a staunch Amma supporter and served as a minister in the Jayalalithaa Cabinet. He has been the party's presidium chairman since 2010 — a post second to the party general secretary. On 10 February, his name got embroiled in the power tussle after Sasikala sacked Madhusudhanan. Though the senior party leader had said that "Sasikala was worthy of becoming the chief minister", he quickly defected to the rival OPS camp. Panneerselvam called him "his brother" and welcomed him. A day before the floor test in the Tamil Nadu Assembly, Madhusudhanan sacked Sasikala, TTV Dinakaran, S Venkatesh, E Palaniswami and 12 other district secretaries from all party posts. 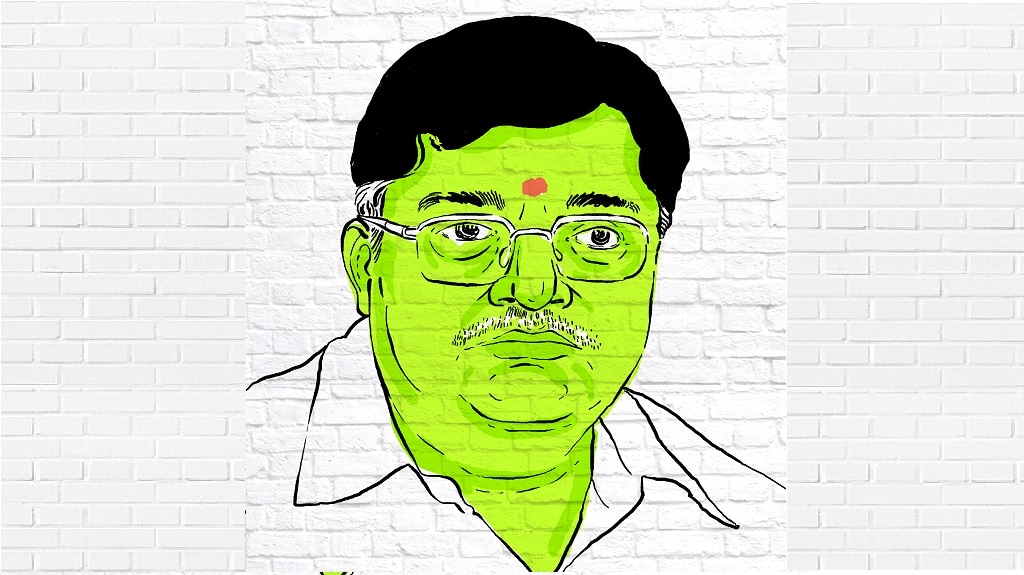 V Maitreyan, a Rajya Sabha MP of the AIADMK party, has been in the forefront leading the OPS camp in their fight against Sasikala. He was reportedly one of the first party members to extend support to Panneerselvam. The oncologist led a delegation to meet the Election Commission officials challenging the appointment of Sasikala as the interim general secretary. He was a BJP member between 1990 and 1999 and was also associated with the RSS. In 2014, he was removed from the post of leader of the AIADMK Parliamentary Party by Jayalalithaa. While some reports suggested that he was pitted against Thambidurai, according to a Rediff.com, Amma was unhappy over his support for the Judicial Accountability Bill . TS Sudhir writes that Maitreyan's networking skills and his proximity to the BJP might work in Panneerselvam's favour. 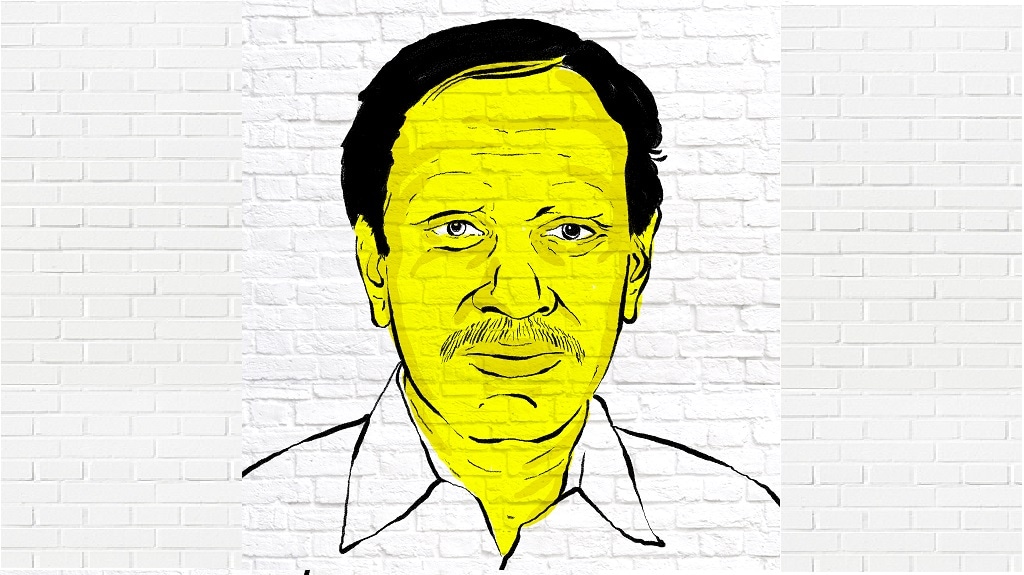 Thambidurai, AIADMK's deputy speaker of the Lok Sabha, is a gladiator of the Sasikala camp. After Panneerselvam's rebellion, Thambidurai had dismissed the allegations that OPS was forced to resign and had claimed that all the legislators are united under the leadership of Chinnamma. He was even seen at Bengaluru's Parappana Agrahara prison just before Sasikala surrendered before the court. Hailing Palaniswami's appointment as Tamil Nadu chief minister, he had said, "Jayalalithaa's legacy will continue in the state". The MP from Karur was a MGR loyalist and had backed his wife VN Janaki after MGR's death. According to the India Today, Thambidurai moved to Jayalalithaa camp after the merger of two AIADMK factions. Sengottaiyan was sacked by the late Tamil Nadu chief minister from the post of revenue minister in 2012. Anand Kumar writes for Firstpost that Sengottaiyan had celebrated in public when Sasikala was infamously ousted by Jayalalithaa from Poes Garden. Sengottaiyan was one of the first party members to extend support to Sasikala, after Jayalalithaa's death, thus proving that political rivalries are only short-lived. Sasikala even appointed him as the presidium chairman after sacking Madhusudhanan. In the Palaniswami Cabinet, he got the portfolios of school education, and sorts and youth welfare. 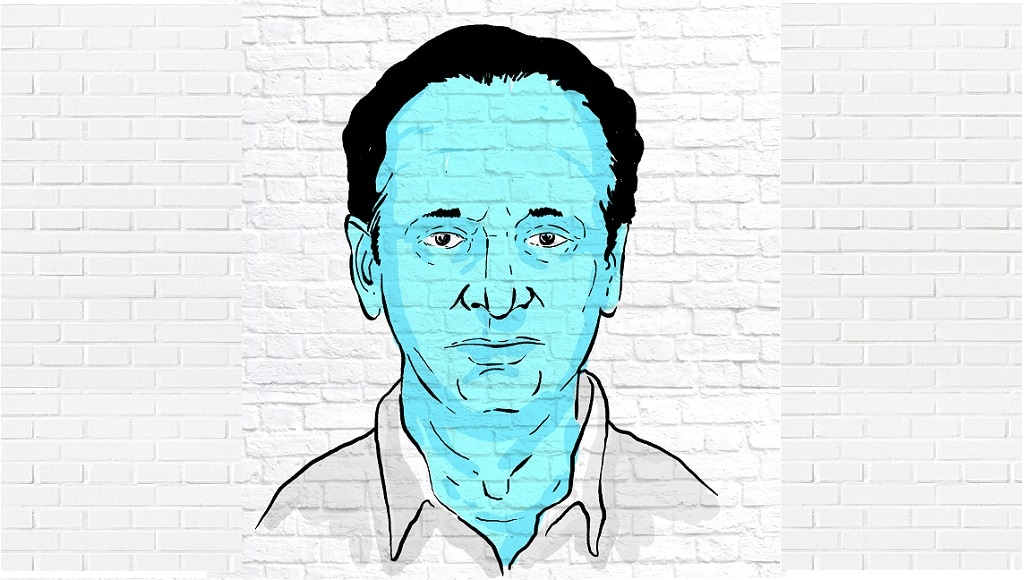 Semmalai, the MLA from Mettur and a former minister, is one of the new entrants to the Panneerselvam faction. After Palaniswami was picked to be the next Tamil Nadu chief minister, Semmalai moved to the OPS camp. He not only opposed Dinakaran's elevation to the post of deputy general secretary, he told The Times of India, that Sasikala as the interim general secretary did not have the authority to "appoint Palanisamy as AIADMK legislature party leader." Prior to the motion of confidence in the Tamil Nadu Assembly, he was appointed as the party whip.

E Palaniswami lost another legislator just a day before he called for the confidence vote in the Tamil Nadu Assembly. AIADMK legislator representing Mylapore constituency and former Director General of Police, R Nataraj declared that he will be voting against the newly sworn-in chief minister, thereby, adding strength to the OPS camp. Until Friday, he had remained a non-partisan participant in this feud for power. Nataraj joined the AIADMK in 2014. 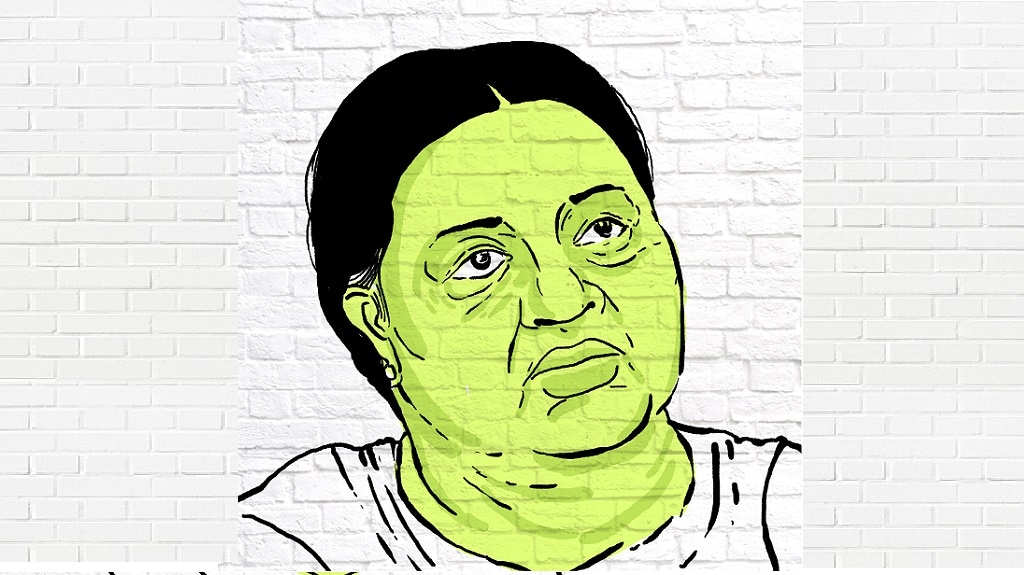 The ongoing crisis within the AIADMK also divided the sister-brother duo with Deepa extending support to Panneerselvam and Deepak backing Sasikala. Property dispute or Sasikala's elevation within the party, Deepa has been vocal about her opposition to Chinnamma. She even alleged that she was not allowed to visit her aunt (Jayalalithaa) in Apollo Hospitals. Sandhya Ravishankar writes that Jayalalithaa, who was very fond of her brother J Jayakumar and his wife Vijayalakshmi's daughter and in fact, it was Amma, who named her. After Jayalalithaa's death, a section of the party cadre wanted Deepa to take plunge into politics. 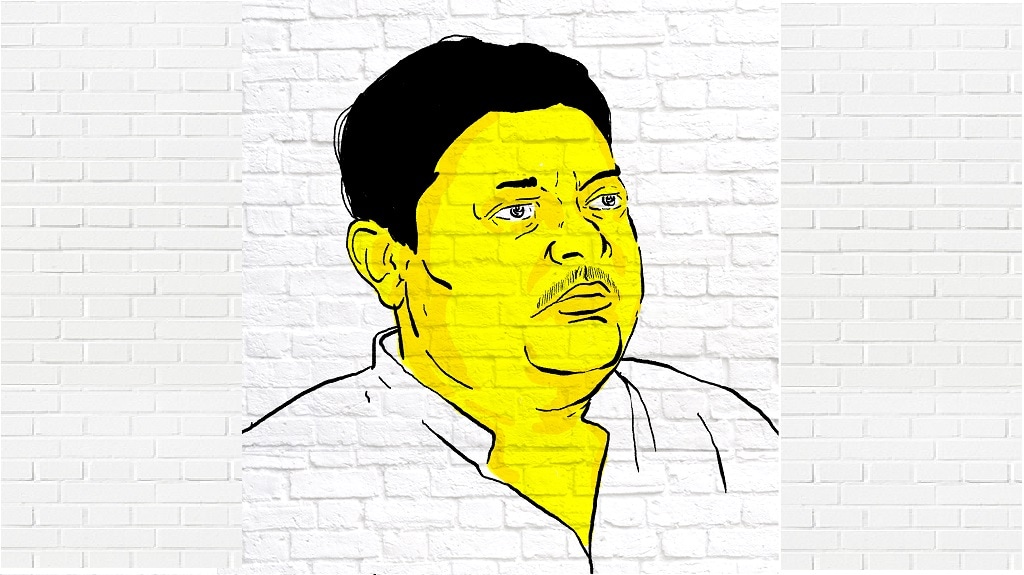 Not much is known about Deepa's younger brother, Deepak. According to The Hindu, Deepak, ran a scrap business in Chennai before switching to real estate. There were speculations on his role in the party, after he was seen performing Jayalalithaa's last rites, along with Sasikala. Unlike his sister who has claimed to be the 'rightful heir' of Jayalalithaa, Deepak is a firm supporter of Sasikala.