'Go back to your country'

In this, the first part, Padmini Parthasarathy, series author, examines what it feels like to hear the words 'Go back to your country'. She provides a personal account of how racism isn't just about physical fear but also the emotional fear of censure and alienation.

I didn’t really have a choice in coming here. I was brought here when I was three. My younger sister was born in this country. I went to school here, alongside first, second, third, tenth generation Americans. I was made to stand and say the pledge of allegiance, even before I could fully understand the concept of patriotism. My father would also stand every 4 July, take his baseball cap off and hold it to his heart for the national anthem. These recent betrayals cut deep for my parents, who came to a place where they thought they could be free.

In my predominantly white hometown, certain stereotypes that afflict many “model minority” Asians had been solidly affixed to me. I took advanced math. I became the person destined for success, writing high school off as an awkward stepping-stone to greater things. I made mostly white and Asian friends. Because of these early experiences, I have often felt like a fake person of colour, a brown shape-shifter made in a white world. 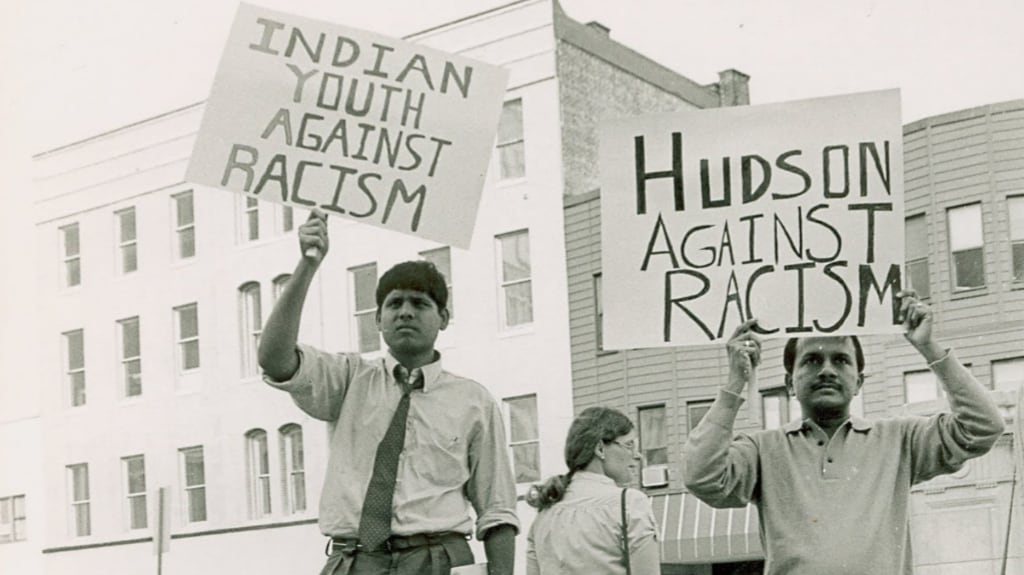 As I grew up, I entered a larger and more diverse world and started to forge connections. I found parts of myself that had lain dormant while I lived in my hometown.

But I struggled with the extreme dissonance between how I perceived my world and how my world perceived me.

On the one hand, I was hurt by my public identity, my status as a non-white woman of colour. But in my upbringing exists an invisible privilege - the privilege of two loving parents who had the means to send me to a good public school and, later, a good private college. I had the academic confidence and resources necessary to succeed in that environment. The luxury of passing in this world of privilege - knowing how to interview for a job, having a mom I could borrow a suit from, knowing how to exist in a white wine spritzer world — served me.

I can “pass” in other places too, whether I want to or not. In my early 20s, I lived in Harlem, New York. In Harlem, my brown skin and big, black hair led people to assume that I was from the Dominican Republic. People would approach me with rambling Spanish and I would sheepishly say, “No hablo español” in my gringo accent. I didn’t pull away from these assumptions entirely though. I leaned into them, mostly to try out belonging to something for once. It felt strange to me, because while I could enmesh myself in this world, I knew that this wasn’t my culture or history to claim. I took comfort in being around brown bodies again, but denying my Indian identity to be an amorphous “person of colour” felt isolating in a different way. There are so few of us here.

Brownness is a black hole of identity in America. If you’re brown, you get checked twice at the airport. Your father is taken into a separate room. You try to hold in your panic as white passengers pass through blithely, completely unaware that this could be a stressful and potentially freedom-threatening process in the name of preserving their freedom. If you’re a brown woman, you are fetishised. You are not allowed the depth and complexity a white woman is afforded in movies, on television, in bars, or in class. Your body is a frontline, something to be guarded jealously, because everyone has been taught that it belongs to them and not you.

I have had the privilege of being somewhat sheltered from the hell-storm black and brown people in this country live in. But when I see a Confederate flag, I know that I, too, would be on the business end of that rifle. It took me some time to realise that in the depictions of dashing white heroes and Native American antagonists, I, too, was the Native American in that equation. If I’m lucky, I get to be the funny but less attractive sidekick, an accessory to a white life.

In this land of the free, I can only be as free as the politics around my body allow me to be. And I am marked.

Once, I took a bus trip up from New Orleans to rural Louisiana. About an hour into the drive, we stopped at a bus depot outside of Baton Rouge, Louisiana to pick up more passengers. I had thirty minutes to kill so I walked into the convenience store. I noticed a South Asian storekeeper behind the counter. I bought snacks from a South Asian storekeeper, a wave of relief washing over me. I hadn’t even realised how much tension I was holding before then. I’d never expected to encounter another South Asian person in the Deep South. We surveyed each other with curiosity, our eyes saying and asking, “Yes. I’m here, why are you here? Are you ok here?” 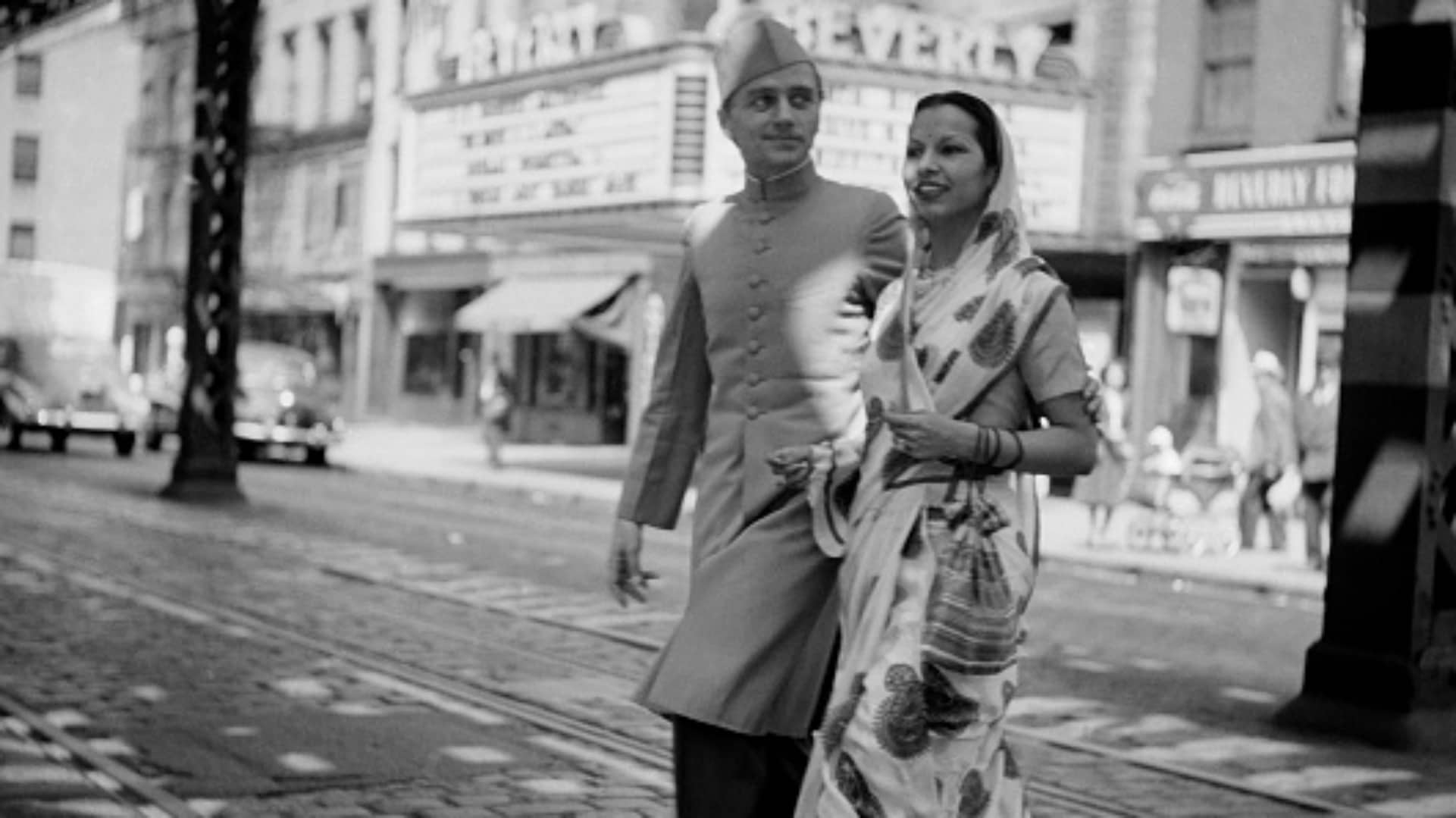 This is where the tentative bonds of communities begin. I recognise that you, too, are embattled in this strange world. I can only smile and communicate with my eyes. A pained silence settles between us. In my head I ask, “Are you okay?”

In the friction of America, boundaries sometimes fall away. I’ve experienced this on an interpersonal level. In a place where there are boundaries, there are glimpses of possibility, of a better world where those boundaries could be smashed. The recipe of America is one part dream and one part rage. It is a messy but human world where a white man will sometimes get in front of the bullet to save a brown life. It’s a world of white and black. As if white and black were ever static. If anything, my identity proves the complication of race. The idea of race is to erase the complexities of culture, history, and human experience.

But this is the sea I swim in. This is the only world I have ever known. I see India through a scrim. India is not mine to claim. My India stopped changing the day my parents packed up and left for good. I am awash in the tides of trend and change here, in this world, a world away from yours.

So when I hear “Go back to your country,” I wouldn’t know where to go.