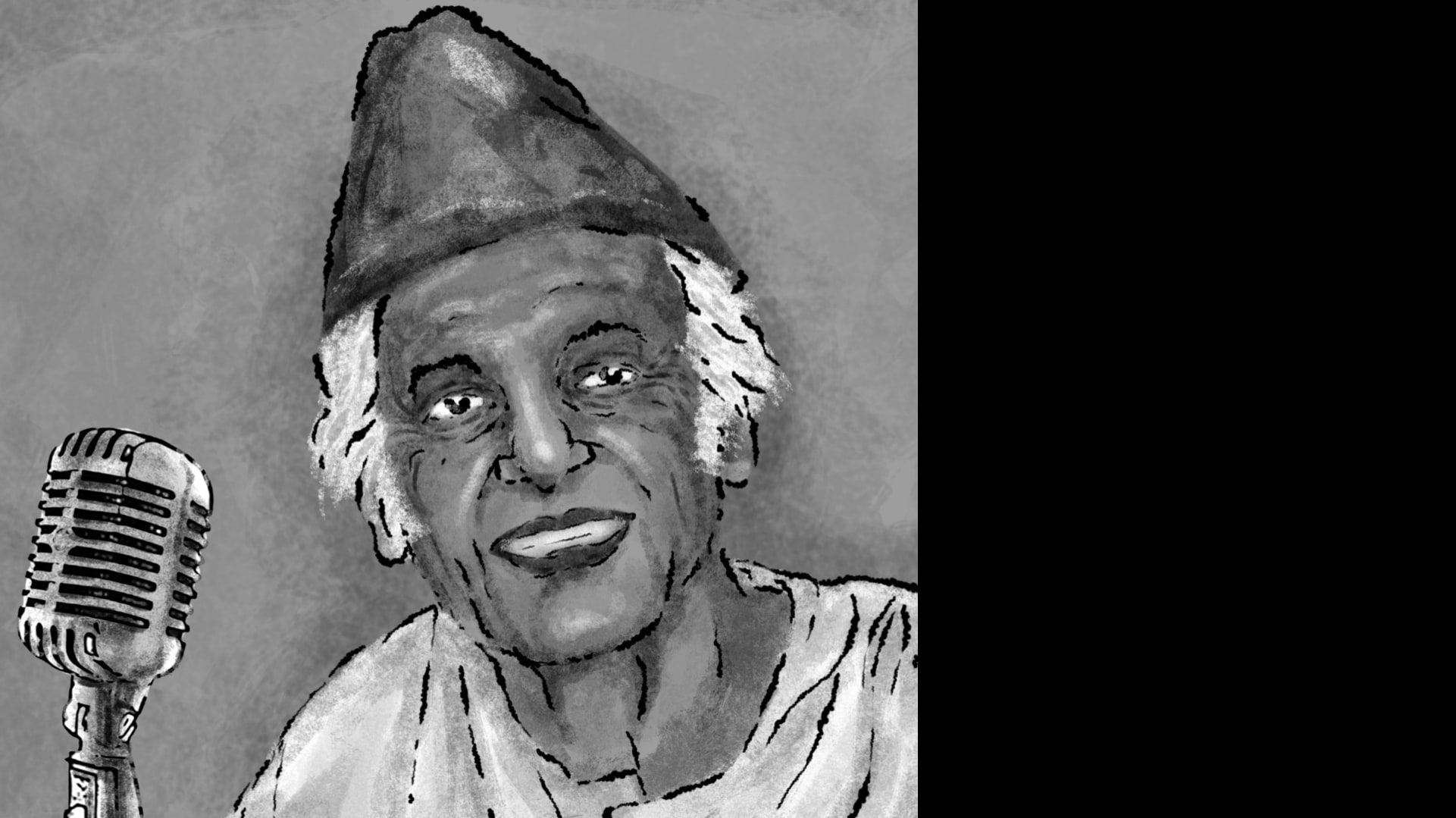 This is part three of the series.

“I broke the boundaries of Chaturvarnya. Likewise, I am free from the framework of the science of poetry. However, when it comes to songs, rhyming is unavoidable. The framework of rhyming cannot be broken down easily. I have broken the rules of musicology. Nevertheless, there is a science to our singing too. My only duty is to talk about Buddha, Phule, and Ambedkar through my singing, in all possible ways. I have immersed myself into each and every aspect of human life, and written. I have been singing the song of humans, and humans have accepted it. It is true that I do not sing songs of the glorification of love, but my songs do not prod. I have never cared about literary principles. I have been publishing my songs as a representation of the anxiety of a restless man.”

With these words, Wamandada Kardak, perhaps the greatest of all shahirs, sums up his journey of singing about the anti-caste work by the Buddha, Kabir, Phule and Ambedkar. Born in 1920 in the district of Nashik in Maharashtra, he performed for 55 years, singing about Ambedkar with the same zeal and enthusiasm that he employed when he wrote and sang anti-caste music. He staged performances throughout Maharashtra with his Chandroday Natya Mandal. People who could not attend school or did not know how to read and write became acquainted with Dr Babasaheb Ambedkar and his teachings through Wamandada. Stories of people whose perceptions towards life had changed, and who understood the caste movement better as a result of listening to him abound.

But in the pursuit of this level of mastery, Wamandada never kept himself away from the people. He visited hundreds of villages and wrote thousands of songs and poems during his halts, thereby leaving behind his literature for the people he spent time with.

A considerable amount of his writing, as some scholars estimate, is still left unpublished. But if one were to look at those songs and poems which are available today and study them through the lens of literary theories and frameworks, one will be forced to confess that translating his literature into a foreign language — in this case English — is much too difficult. He created many images and metaphors which were hitherto unheard of in the domain of literature, and of course, in music.

How did Wamandada Kardak, who was barely educated in the academic sense, manage to create such a rich and impactful body of work? He seems to offer an answer to this question:

An honest scholar of literature in Maharashtra would never deny Wamandada’s place in it as the most talented person armed with a meticulous vocabulary, imagery that engaged with dialectics, effervescent metaphors, and more importantly, a historical context for each word he wrote, which created a ‘Cultural Transfer’ through music. Cultural Transfer as an emerging discipline, as I have understood, suggests and bases itself upon the study of the transfer of cultural values, ideas, and norms, as well as the material resources needed to make the culture available through the process of transfer from one form to another.

In this context, Dr Babasaheb Ambedkar’s speeches and philosophy were the intellectual subjects that Wamandada Kardak transferred and disseminated among the people in a language that was theirs — through his songs. I have mentioned in the previous parts of this series that given the inability to ‘read’ and ‘write’, Dalits had to engage with forms of culture to acquire an anti-caste consciousness. As a result, music became not just a form of culture for Dalits but also a system and weapon to create their own culture, which was otherwise available only in their imagination. The definition of ‘culture’ is always moulded by the upper classes, elites (read: Brahminical castes, classes) which undermines and distorts the very importance of culture shaped by the labour and intelligence of Dalits-Bahujans. Wamandada Kardak's work came as a breakthrough in terms of defining ‘culture’. Through his songs and jalsas, he contributed immensely to the process of 'cultural transfer' by putting into words the vision for an egalitarian and democratic society — a vision which almost impossible to conceive in the castiest reality of a Hindu (Brahminical) society.

“Wamandada’s poetry falls under modern shahiri. In this sense, Wamandada is a modern Bhim-Shahir. In a sense, he was the modern Kabir,” writes Professor Vitthal Shinde. He paved the way for a visual ‘art’ form to be rational, educative, and of course, influential in terms of the growth of an anti-caste consciousness. His music was rich with aesthetic values and highly effective in terms of its approach towards listeners. If one reviews his body of work — including his jalsas and shahiri performances — which was built over 55 years, he emerges as the undisputed pioneer of Cultural Transfer in the context of the anti-caste movement.

*Translated by Yogesh Maitreya for the purpose of this article

Note from the writer: The song presented with this article was originally written and performed by Wamandada Kardak. Since this song isn't available in the audio format, it has been composed and performed by Charan Jadhav for the purpose of this series. This is an acknowledgment of his contribution.

Read part one, two, four and five of the series.