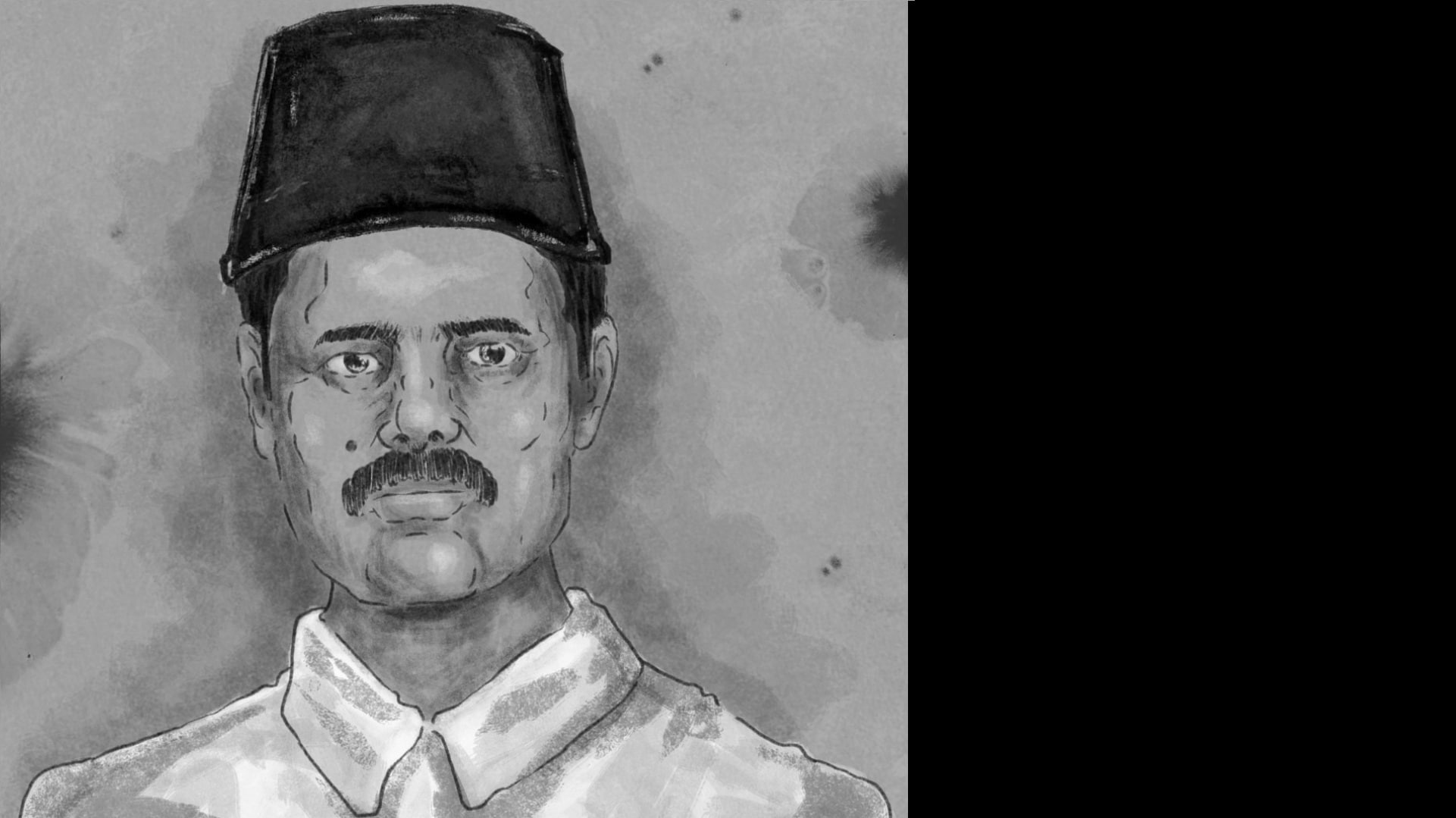 This is part one of the series.

A meeting and a song

The year was 1937. At Kasarwadi Dadar (in then Bombay), a meeting was held to discuss the upcoming Indian provincial elections. Bhimrao Kardak and his troupe of shahirs were part of this meeting, as was Dr Babasaheb Ambedkar.

Kardak and his troupe took to the stage and sang:

(This money will deceive you; it will destroy your humanity

Kick on this money; vote for Babasaheb

Elect him to Assembly; roar and echo Ambedkari victory)”

Ambedkar was thrilled. He walked up on stage and profusely thanked Kardak, saying: “What else can I add? (The) jalsa has said all of it. Ten of my meetings and gatherings are equal to one jalsa by Kardak and his troupe.”

Jalsa — which involves singing, staging plays and at times, presenting monologues to the accompaniment of musical instruments made by Dalits — is a radically changed form of tamasha. The tamasha (often unwittingly referred to as folk art), was historically performed by Dalits (men and women), especially the Mahars in Maharashtra.

Under the garb of entertainment, the tamasha had an exploitative cultural past — as caste-based occupations always kill personal ambitions and aspirations to pursue a life beyond caste. This needed to change. Dr Babasaheb Ambedkar offered the Mahars a purpose for the musical tradition they had carried for centuries.

The tradition of shahiri itself goes even further back — to the time of Mahatma Phule and the advent of his Satyashodhak Samaj in 1873. Satyashodhaki jalsas were noted for their fiery attacks on Brahmins, Hindu gods and irrational, irrelevant Brahminical tradition. However, the Satyashodhaki jalsas were on the wane after Mahatma Phule’s death, when Ambedkar stormed the public consciousness in India around 1927. Within a short period of time, Ambedkar’s movement for the annihilation of caste became the guiding force behind these jalsas, and the new form of Ambedkari jalsas emerged.

Bhimrao Kardak was born on 11 November 1904 in the small village of Kasabe-Kunabi in Nashik district (Maharashtra). When it was time for him to attend school, like other Mahar children, Kardak too had to sit outside the classroom where lessons were held. He also faced the scorn of upper-caste students. In 1924, when Kardak was 20, he attended a talk by Dr Ambedkar, at Parel’s Damodar Hall. Two years later, in the midst of a family crisis, Kardak quit his education and became a full-time activist in Ambedkar’s movement. Together with 14 other members, Kardak formed the ‘Nashik Jilha Yuvak Sangh Sangit Jalsa Mandal’, also known as ‘Kardakancha Jalsa’.

Dr Bhagwan Thakur, author of Ambedkari Jalse, notes that Bhimrao Kardak belonged to the “first generation of Ambedkari shahirs”. Kardak was perhaps the first shahir to even identify his performance as Ambedkari jalsa.

Kardak had been a diligent student of shahiri, and he was charged with Ambedkar’s anti-caste message. Gangadhar Pantavane, a noted Marathi Ambedkarite scholar of literature and founder of Asmitadarsh (one of the longest running Ambedkarite magazines of literature), traces Kardak’s journey into shahiri:

“Kardak had learnt the ‘tamashe’ and ‘lawanis’ from… the Mahar shahirs. He watched the plays of Bal Gandharva and Pendharkar. He began practising the singing of theatricals. While singing, he also picked up the skill of writing… Through his shahiri and jalsa, Kardak was able to raise the consciousness of Dalits.”

Kardak’s Ambedkari jalsa not only busted myths imposed on the masses in the name of religion, but also presented a vision of a casteless society

Note that this was a time when only few Dalits (Mahars) had access to reading/writing, so a majority of the people depended on oral forms of communication. Ambedkari jalsas were accessible to the masses and helped them aspire to break the shackles of caste.

Post-1930, as Dr Babasaheb Ambedkar’s movement accelerated in the political and social domains, the Ambedkari jalsa became its musically rendered manifestation of cultural assertion. Kardak’s Ambedkari jalsa not only busted myths imposed on the masses in the name of religion, but also presented a vision of a casteless society — one that was based on equality, liberty and fraternity.

Bhimrao Kardak contributed to the anti-caste movement for almost two decades (until 1953) through songs, farces, powadas etc. Kardak also authored nine books, including a short autobiography; a few of his books were never published and the rest are out of print today. Nonetheless, his contribution to disseminating Ambedkar’s message through music is unparalleled.

Note from the writer: The song presented with this article was originally written by Shahir Bhimrao Kardak, and performed by him and his troupe sometime in the 1930s. Since this song isn't available in the audio format, it has been composed and performed by Charan Jadhav for the purpose of this series. This is an acknowledgment of his contribution.

Read part two, three, four and five of the series.