The trans community in India — which leads a life of discrimination, neglect and isolation — has only just started to engage in electoral activism.

Kolkata: Every day, Mithu (27), a transwoman, heads to the lakeside park in Southern Avenue opposite Menoka cinemas to earn a living. She and a few other transwomen approach the people relaxing or strolling in the park and beg for money. At the end of the day, they hand over their earnings to their ‘guru’, who takes a cut and returns the rest.

The trans community in India — which leads a life of discrimination, neglect and isolation in the fringes of the society — has only just started to engage in electoral activism and a good many factors have come together to bring about this change. This is only the second general election in which transgender people are recognised as a separate sex in the electoral rolls and the Election Commission is also focusing on encouraging them to get out and vote.

The past term has been a roller coaster ride for the community — while the long-overdue repeal of Section 377 was welcomed, the passing of the heavily-derided Transgender Bill in the Lok Sabha has put them on the defensive. Apart from this, transgender people were overwhelmingly affected by demonetisation. Put together, these developments seem to have pushed transpersons across the country to think seriously about their electoral participation.

Take the case of Nitai Giri (46), a transgender sex worker and dancer, living in the northern part of the city. Most of these big dance assignments are either in Bihar or other parts of Bengal. She makes good money from these gigs. 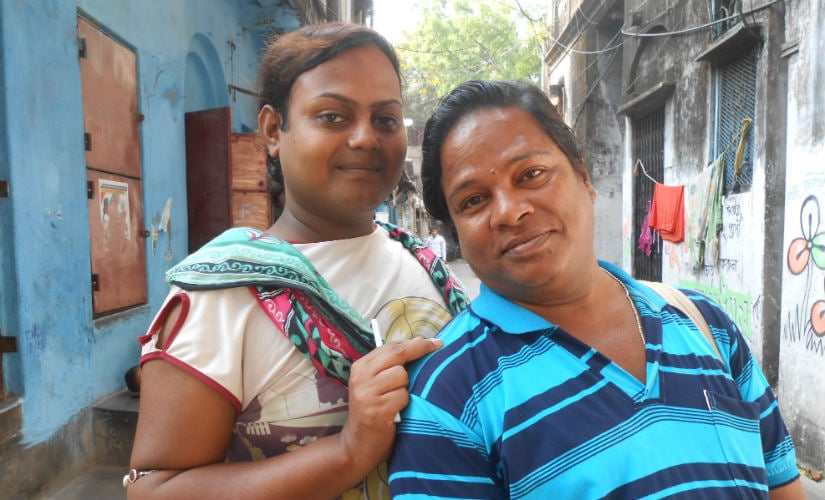 In November 2016, when Prime Minister Narendra Modi announced demonetisation of Rs 500 and Rs 1,000 notes to flush out black money, people like Mithu and Giri were hit hard. There were exceptions — Sandy lucked out, as the highest currency denomination she’s usually had on her is Rs 100, which she shows us. For her, the move did not make much of a difference, aside from some inconvenience. But Giri faced a lot of harassment. “I earned well at weddings and birthdays, but most payments came in the form of the demonetised notes,” she says.

Giri lives in a two-room rented accommodation with a shared bathroom near Sealdah. After demonetisation, she was unable to pay rent for a year. “The rent is Rs 250. Along with electricity and cable TV, my total monthly expenditure comes to Rs 1,500,” she says, adding that with Rs 500 and Rs 1,000 notes taken out of the equation, it became a bigger struggle to pay the amount.

“Because I have been a tenant for a long time, the landlord gave me some leeway, but he was understandably upset,” she recounts, saying that she had to borrow money to pay the utility bills.

The ‘demon’ in demonetisation

Following the Supreme Court verdict on the unprecedented National Legal Services Authority Vs Union of India in the 2014 judgment, commonly known as the NALSA judgment, the Reserve Bank of India, in its circular dated July 2015, mandated the inclusion of the third gender in all applications and forms issued by banks in India.

However, the trans community continues to face challenges when it comes to financial inclusion. “Many in the community didn’t have an affidavit attesting their transgender identity. Lower income group (LIG) community members don’t even have a bank account,” says Ranjita Sinha, transgender activist and secretary of Association of Transgender/Hijras in West Bengal. “Overnight, they had to account for their income and were unable to. When I tried helping them, questions were raised on my organisation’s accountability.” Most transgenders cannot open bank accounts because their existing identity documents don’t reflect their gender. This can lead to interrogation and harassment.

Anuradha Sarkar (20), a transwoman and danseuse from the Sunderbans, says a lot of her friends opened their bank accounts before beginning their physical transformation. “Hence, when they went to exchange the notes, the bank couldn’t identify them from the original documents. As a result, they lost a lot of money,” she adds.

While Giri had to turn down a lot of lucrative assignments following demonetisation, Sinha too faced harassment while queuing up at a State Bank of India branch. “I was told there are no separate lines for transgenders and turned away,” she says. She lodged a police complaint in protest.

More than two years on, we ask them how would they like to respond to the move of demonetisation in the upcoming elections. Sinha says she votes but feels that the elections don’t benefit the community. “We have been deprived of all the progress made by the central and state governments. We still don’t figure in the census. Neither the state nor the central government has been able to provide us with health, education or livelihood.”

Giri fumes: “The politicians court us before the elections and later shoo us away. Do you think they care about us?”

Sintu Bagui, trans activist and secretary of Anandam, a Lesbian, Gay, Bisexual, Transgender, Queer, Kothi and Hijra (LGBTQKH) organisation that fights for social and political change to enhance the rights, dignity, and quality of life of LGBTKH* people in Kolkata, says the community had supported the Bill introduced by Tiruchi Siva, a DMK Rajya Sabha MP; it was in line with the demands of the community and the NALSA judgment. “The government rejected it and introduced the Transgender (Rights and Protection) Bill 2016, which doesn’t talk about our protection at all,” she says.

“Despite our opposition to it, the Bill was passed in the Lok Sabha and all the amendments we’d asked for ignored.”

The Transgender (Protection and Rights) Bill 2018 has come under fire from the community as it believes that the legislation only serves to undermine their right to life and livelihood. According to the Bill, an individual has to submit an application to the district magistrate, requesting a certificate of identity as a trans person. The application will then be referred to the District Screening Committee comprising the chief medical officer, district social welfare officer, a psychologist or a psychiatrist, a transgender representative, and a government official. Based on the recommendations of the committee, the district magistrate may issue a certificate attesting to the individual’s identity as a trans person.

The Bill also dictates that those wishing to identify as transgender male or female have to undergo a sex reassignment surgery, which is in direct contravention to the NALSA judgment.

Gender identity is psychological and has nothing to do with one’s physical appearance, says Sandeepta Das, an activist and entrepreneur. “Screening our body to determine our gender identity is unethical and against human rights.”

Sarkar says, “When the NALSA judgment has clearly said a person will decide how s/he chooses to identify himself/herself, how can the government go above and beyond the law in this Bill? Why should we be subjected to an examination to determine whether we are male, female or intersex?”

Sinha, however, has a different take. She is not completely against the Bill but believes certain aspects need to be carefully mulled over. “In a developing country like India, people may pose as hijras to earn some money. I believe a transgender representative should be included on it. I am hopeful of amendments to the Bill.”

Backed into a corner

The Bill also criminalises begging by the community. Most community members don’t have access to jobs and education. Hijras and kinnars within the trans community rely on traditional ceremonies, like weddings, birthdays, and baby showers, for income. Others like Sandy resort to begging. This clause will impact them financially.

Moreover, according to the Bill, punishment for verbally, physically, economically, emotionally, and sexually abusing a trans person carries up to two years of imprisonment.

Ankan Biswas, India’s first third gender lawyer, practising in the Calcutta High Court, feels that this is belittling the community when sexual crimes against “female-bodied persons” carry a minimum of seven to ten years’ imprisonment. “Are transgender people so expendable?” he asks.

Another controversial and potentially dangerous clause is compelling trans people to either live with their family or be sent to a rehab centre.

Biswas wonders what qualifies as a rehab. “Is it going to be some psychiatric institution to ‘cure’ trans people?” he asks. He also finds the thought of forcing a child to live with a family that refuses to acknowledge his/her chosen gender disturbing. “Family is often a set-up wherein many trans people face violence. Corrective rape is a common tactic used against transmen to ‘cure’ them.”

A lot of trans people escape their abusive families and joins trans communities, like “hijra akkharas” for safety and acceptance. In 2008, Kolkata-based People Like Us (PLUS) started Prothoma, Asia’s first shelter for trans people. However, due to financial constraints, Prothoma had to cut back on their operations, says Pradip Ghosh, associate director, PLUS Kolkata, and core member of Sexual and Reproductive Health and Rights.

“Shelter and counselling facilities are available, but we are not able to provide Rs 150 for daily expenses and short-term courses like tailoring and salon training.”

High time for a trans representative this election?

The Mamata Banerjee-led Trinamool Congress government in West Bengal, in 2015, had set up the Transgender Development Board. The trans community had hoped that it would help to integrate its members into the mainstream and address their socio-economic issues. However, members of the board have alleged that it has failed to act on its promises and hasn’t helped the community in any way.

The biggest problem with the board was that it was set up by a few people and not elected by the community, says Biswas. “Embracing trans people in rituals during festivities is a good move, but that should not be all. Till date, we don’t have a transgender ward in any hospital or toilets for the community. Gendered school uniforms is still a practice in schools.”

“The little progress made by the community since 2014 is solely owing to the efforts of some individuals and community-based organisations,” adds Biswas, citing the construction of a few transgender-friendly toilets in Kolkata and nearby.

Despite attempts to contact her, Dr Shashi Panja, minister of state for women and child development and social welfare and board chairperson, remained unavailable for comment.

The absence of transgender candidates in the election is a major bother for the community. “Only a transgender person will understand where I am coming from. Unless we have trans* representatives in politics, how can we ever hope to have our issues addressed?” asks Giri.

Bagui says she has seriously started thinking of organising community-building initiatives before elections. “In Mumbai, a transwoman (Sneha Kale) is contesting the election as an Independent. A trans activist has been made chief ambassador by the state chief electoral officer in Maharashtra. This is cause for celebration,” she says, rueing that West Bengal hasn’t taken similar steps, which, she adds, are necessary to bridge the gap between the privileged and LIG transgender population.

“The Election Commission in West Bengal is yet to decide on roles for trans* people during elections.”

Mithu, however, sums it up in the simplest way: “Only when I see transgender toilets as ubiquitous as male/female toilets will I believe they [politicians] did something for us.” 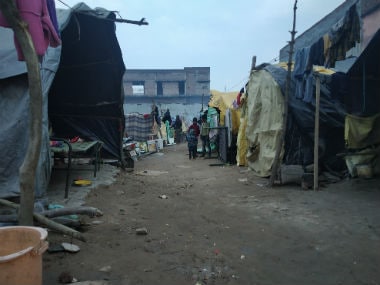 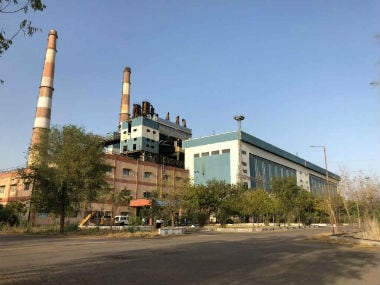