Social change and judicial reform are interconnected. They cannot be made possible without progressive judges who have a vision for the future. In fact, it is because of such judges that the Indian judiciary has been able to play a significant role in quashing age-old inhuman customs and uphold constitutional values of equality and rights.

Even today, when there is a danger for secularism and liberty, it is the judiciary that is firstly expected to act against it. But the silence of the judiciary over acts of violence in the name of cow protection and culture that India is experiencing, and the murder of secular voices like MM Kalburgi, Narendra Dabholkar, and Journalist Gauri Lankesh, is really troublesome. 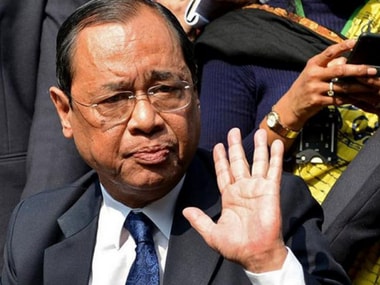 The pattern of judicial response in cases like singing the National Anthem in cinema theatres, dowry harassment, Scheduled Caste and Scheduled Tribe (Prevention of Atrocities) Act, NEET, rostering of cases and the extra-judicial opinions in these judgments, is worrisome.

While these were considered as indications of failure of the judiciary and threat to fair administration of justice, Justice Ranjan Gogoi’s speech at the 'Third Ramnath Goenka Lecture' reiterating his concerns about democracy gains more importance for the reason that he has raised these issues a second time, the first one being the press meet in early 2018 where Gogoi had voiced his opinion along with three other senior judges of the Supreme Court.

In that press meet, for the first time ever in the Indian judicial history four senior-most judges of the Supreme Court, justices Jasti Chelameswar (now retired), Kurian Joseph (slated to retire in November 2018), Ranjan Gogoi and Madan Lokur expressed their displeasure with the Chief Justice of India Dipak Misra and complained about the manner in which cases were being assigned to benches while highlighting the mysterious death case of Justice Loya and the medical college admissions scam case. They stated that the roster is purposefully prepared in a manner where decisions are impacted, by assigning such cases to “preferred benches”. Since then, these judges have been regularly been issuing statements about how the democracy is under threat and that the judiciary is not independent.

In April 2018, Justice Joseph (now retired) while speaking to the students of Kerala Media Academy said: "Judiciary and media are two watchdogs of democracy. (A) watchdog barks. It barks when it faces a threat. It barks to alert the owner. Even after it barks and the owner doesn't wake up, then it bites. (A) barking dog seldom bites but it bites when the owner is in danger. That owner is the democracy here."

Both Chelameswar and Joseph, have declared publicly that they are not going to accept any post-retirement job offers by the government. Post-retirement offers by a ruling party are not new, and in the hand of the ruling party, it could serve as a tool to influence the judicial independence and ruin the administration of law, thus endangering the very secularism and democracy of this nation.

For instance, Justice Ranganath Mishra was appointed by Rajiv Gandhi to look into the anti-Sikh riots in the aftermath of Indira Gandhi’s death in 1984. Not a single political leader from the ruling party was charged. Subsequently, Justice Mishra became a Congress MP in the Rajya Sabha.

Hence, during a time when the judiciary is wielded as a tool to execute and implement the whims and fancies of the government, as Justice Ranjan Gogoi said “even independent journalists and noisy judges are needed to defend democracy” but how could they do it without dealing with the discriminatory structure that the judicial system itself is constructed upon?

While the press meet of the four Supreme Court judges was celebrated as a historic event and they were called saviours of democracy, the same celebratory treatment wasn’t accorded to Justice CS Karnan, who was the first person to highlight the problem of corruption in the higher judiciary. He was also the first high court judge to complain to the National Commission of Scheduled Castes in 2011 against the caste-based discrimination on and off a courtroom. Karnan complained that he was discriminated against on the basis of his caste at several get-togethers, such as full court meetings, high teas, and dinners.

While sitting at the Madras High Court, Justice Karnan wrote three letters citing "caste bias" in the collegium system of judges' selection, protesting non-allocation of a significant portfolio to him and demanding a special audit of the high court accounts. He said that he was proceeding on a long leave to protest against the "dummy portfolio" of cases allocated to him. He called the collegium system of appointing judges a "doubtful system that promoted only upper caste candidates’'.

Having started an open battle with the highest court in the country, the very same Supreme Court jailed and ordered him to undergo psychological and mental stability tests. The noisy Dalit judge who struggled for equality among judges was labelled as a nuisance, by the fraternity of judges and society alike.

The real problem lies at the bottom of the system. India has a homogenous, casteist, and patriarchal judicial system that is stubborn to restrict persons belonging to marginalised communities from entering into the higher judicial positions and getting elevated to the Supreme Court of India.

Indian jurist and senior advocate Fali Nariman in his interview (2006) during the release of his book India’s Legal System stated that “former law minister P Shiv Shankar, a Dalit, told me that as policy, in some states, if two justices have to be sworn in on the same day, the guy from the preferred community is sworn in first, so that the guy from the non-preferred community doesn’t supersede him in becoming chief justice”. This is evident from the fact that there is no Dalit judge and only one woman judge in the Supreme Court of India. How can we expect fairness from a system which is flawed from within?

In these circumstances, undoubtedly everyone should agree with Justice Gogoi that “not a reform but a revolution is what it (the judiciary) needs, to be able to meet the challenges on the ground and to keep this institution serviceable for a common man and relevant for the nation”.

The author practices law in the Supreme Court of India