Budget 2020: Nirmala Sitharaman reaches out to middle class and farmers, puts errant IT officials on notice

Nirmala Sitharaman's 160-minute Budget speech, the longest ever by a finance minister, dealt with all aspects of the economy and the intended direction for the next financial year.

The Budget will sit well with young entrepreneurs in the National Capital as it puts more money in their pockets, simplifies taxes and the compliance process for start-ups.

The concerns of an overwhelming number of people, particularly men and women from the underprivileged class, who opened bank accounts under the Jan Dhan scheme, have been addressed. Sitharaman proposed hiking the bank deposit insurance to Rs 5 lakh per depositor from Rs 1 lakh, which will surely be a talking point for the Delhi polls.

From the political perspective, the middle class has been BJP’s core support base. The party has made overtures to farmers with several flagship schemes. Sitharaman put a great deal of stress on issues related to agriculture, farmers and developing infrastructure in rural areas, including a digital framework through Bharatnet.

Sitharaman and others associated with the Budget thought it prudent to put schemes for agriculture and rural areas under the broad theme of “aspirational India” and spoke about it at length, classifying it in three sub-heads: 1. Agriculture Irrigation and Rural development, 2. Wellness, Water and Sanitation and 3. Education and Skills.

She said, “This Budget is woven around three prominent themes: One: Aspirational India in which all sections of the society seek better standards of living, with access to health, education and better jobs. Two: Economic development for all, indicated in the Prime Minister’s exhortation of “Sabka Saath, Sabka Vikas, Sabka Vishwas”. This would entail reforms across swathes of the economy. Simultaneously, it would mean yielding more space for the private sector. Together, they would ensure higher productivity and greater efficiency.” Sitharaman listed 16 actionable points for development of the agriculture sector.

Though the Modi government offered sops to middle class in previous budgets, this time around expectations were high regarding Income Tax relief. Under the new regime, an individual shall be required to pay tax at the reduced rate of 10 percent for income between Rs 5 lakh to Rs 7. 5 lakh against the current rate of 20 percent. 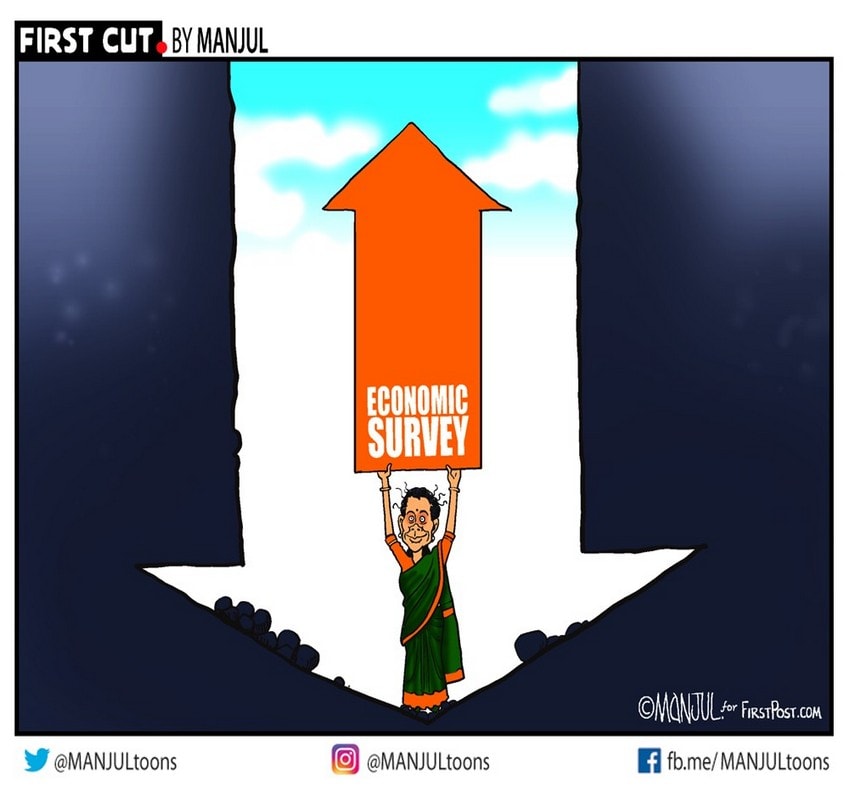 To ensure that her message hit home instantly, Sitharaman gave the following example: A person earning Rs 15 lakh and not availing any deductions will pay Rs 1,95,000 as compared to Rs 2,73,000 under the old regime, thus reducing his burden by Rs 78,000.

Even if he opted for deducting Rs 1.5 lakh under various sections of Chapter 6-A of the Income Tax Act under the old regime, he'd still gain under the new regime. The announcement that a taxpayer could opt for the new or old regime brought cheer to many.

While the business class has been supportive of the BJP, there have been some concerns regarding the way tax authorities and other agencies have pursued some cases. Sitharaman sent a message to such officials: “Tax harassment won’t be tolerated”.