Centre is not releasing funds to Uttar Pradesh, alleges Samajwadi Party in RS

New Delhi: The Rajya Sabha was disrupted on Thursday as Samajwadi Party members said the Central government was not releasing funds due to Uttar Pradesh (UP). 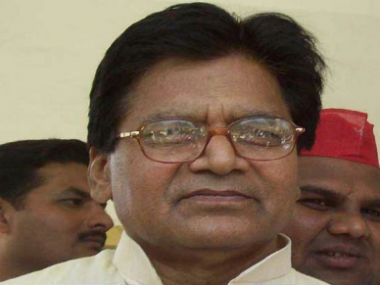 "UP chief minister, chief secretary and other ministers have written to the Central government several times. The contribution that Centre should give to UP is not being given. There is partiality," SP leader Ramgopal Yadav said in the Rajya Sabha.

He said the money not being given includes that for flood mitigation, compensation for crop destroyed by hail, minority, and scheduled caste scholarships, and funds for making roads.

"Had it been their own government, they would have given the money, unless they assure they will disperse the money in next few days, we will not allow the house to function," Yadav said.

Soon after SP members trooped near the chairman's podium.

Congress leader Pramod Tiwari said: "Wherever there is non-Bharatiya Janata Party government they are not giving money."

When the house reassembled the protests resumed, and Kurien adjourned it till 12 pm.