Royal Challengers Bangalore vs Kings XI Punjab IPL 2019 Match 42 Live Updates: That's it. RCB win by 17 runs. Two wickets in Umesh Yadav's last over of the innings and it became tougher and tougher for Punjab to get closer to the target. Third successive victory for Bangalore in the tournament. Can you believe it? They can still breath in the tournament. Hopes still alive.

That's it from us today. RCB win their third successive game and are still alive and kicking in the tournament. More importantly, they are winning those crunch moments in the game. Punjab have lost quite a few now. They are to be blamed for ruining their chances. They are still at fifth position in the table and would have to quickly get back to winning ways. We will be back tomorrow with another IPL contest. KKR take on RR at Eden Gardens. See you at 8 pm tomorrow. Till then, take care and good night.

Kagiso Rabada is still unmoved at the top in the leading wicket-takers' list.

IPL 2019: Below is the top-10 list of the players in contention for Purple Cap. Check out the full list here.

AB de Villiers played a scintillating knock today to enter the 400-club in the tournament.

AB de Villiers is Player of the Match

ABD: I try to stay calm in death overs. You have teammates around you who always help you. We are turning things around. We are taking one game at a time. I felt it was 160 pitch batting first. The pitch it seemed got better but our bowlers did well.

Virat Kohli, RCB Captain: We have won 4 out of 5 games, we could have won 5 out of 5. We are just enjoying our cricket. The partnership between Marcus Stoinis and De Villiers changed the game.  They brought us to 200 which looked highly unlikely. We thought 175 would have been good. The big break before Mohali helped us. The important thing is not to take any pressure. It is just continuing this. Having a 6-7 bowling option in T20 cricket is great luxury to have. We know how we play. The world knows how we play. Especially with the two left-handers they had. Moeen and Washi bowled really well and having six-seven bowling options really help. Also Marcus as the allrounder gives a lot of flexibility

RCB have shown some real heart on the field tonight. The equation favoured the batting side in the final five. But the pacers stuck to their strengths and bowled with a lot of fire. Saini, in particular, was impressed with his raw pace. There were no changeups from the young tearaway. He went flat out six out of six balls in that final over and hurried both the set batsmen with his extra pace. At the death, it's essential to back your strengths as a bowler and RCB did precisely that. Earlier in the evening, AB de Villiers played a special knock to ensure RCB post a handsome total on the board. Credit to the Chinnaswamy pitch as well that has served some of the most entertaining games this season. The win for RCB has opened up the points table beautifully for the rest of the tournament. More than 70 per cent of the games are out of the way, and every team still has a chance of making it to the playoff. 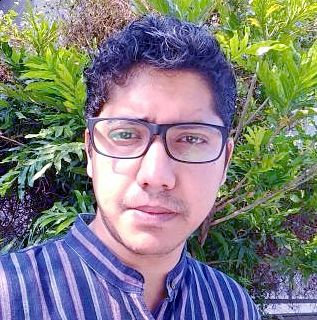 This is RCB's fourth consecutive win over KXIP in IPL.

Ashwin, KXIP captain: At the end of the day, it is about winning crunch moments and we have not been able to win those in last couple of games. It is about getting that one win. Then we can try to win couple on the trot. We have given batsmen enough opportunities to come on the top. It is all about backing the players. In all 11 games, we have always been in the game which is a positive for us. About time bowlers stand up and deliver in the powerplay.

Two wickets in Umesh Yadav's last over of the innings and it became tougher and tougher for Punjab to get closer to the target. Third successive victory for Bangalore in the tournament. Can you believe it? They can still breath in the tournament. Hopes still alive.

Two wickets in Umesh Yadav's last over of the innings and it became tougher and tougher for Punjab to get closer to the target. Third successive victory for Bangalore in the tournament. Can you believe it? They can still breath in the tournament. Hopes still alive.

Two wickets in two balls, short stuff from Umesh to new man Viljoen, who heaves but does not connect well, ball brushes the gloves and flies to Parthiv behind the wickets. Viljoen c Parthiv Patel b U Yadav 0(1) Punjab need 21 runs in 3 balls

On the second ball of the over, Ashwin again tries to go over the long-on, could not connect well and has been held by Kohli before the ropes. Ashwin c Kohli b U Yadav 6(2) Punjab need 21 runs in 4 balls

OUT This was hit by Pooran into the orbit and it came down at rocket speed. Great concenteration from Ab de Villers who lined himself beneath it and took a safe catch. Always tough to catch these but you expected someone of de Villiers' stature to grab these. Pooran c de Villiers b Navdeep Saini 46(28)

OUT! Miller has to go. Saini back on and bowls a fuller length delivery, Miller smashes it hard but it goes directly to AB de Villers at long-on. He was not going to drop this. Miller goes back for 25-ball 24. Miller c de Villiers b Navdeep Saini 24(25)

DROPPED! Stoinis puts Pooran, the danger man, down. It was a skier hit by Pooran and this seemed to be the end of Punjab's chase but Stoinis spilled it.

OUT! Rahul has to go. Moeen comes into the attack and flights the ball. The right-handed batsman dances down the track on the very first delivery and he too miscues, the ball goes directly to the long-off fielder who holds on to it really well. Third wicket down for Punjab. Rahul c Southee b Moeen Ali 42(27)

OUT! Mayank Agarwal gone for 35! Stoinis pitches it short and Mayank heaves it in the leg side, connects badly. The miscued shot results in ball going directly into the hands of short mid-wicket. Agarwal c Chahal b Stoinis 35(21)

OUT! Gayle is gone. Gayle is gone and Kohli is ecstatic. Umesh bowls length delivery, Gayle tries to clear the long-on ropes, does not connect well and has been caught near the ropes. De Villiers takes a very good catch. Gayle c de Villiers b U Yadav 23(10)

DROPPED! Tough chance for Nicholas Poora and would be harsh to put it against him but what a terrific delivery from M Ashwin. The leg break lands on middle and off and turns sharply, ABD was looking to work the ball on the leg side, gets an outside edge from the closed blade and hits Pooran's right thigh.

De Villiers dropped by Pooran on 23.

OUT! Nath undone by Viljoen's well-disguised slower ball. It was the sucked ball outside off, drawing Nath forward, who only chips it to covers for the simplest of catches. KXIP right on top.

OUT! R Ashwin gets the key wicket of Moeen Ali. It has gone straight through with the arm. Moeen played for the off-break but Ashwin's delivery from round the stumps, pitches on off and holds its line. Ball thuds into the middle stump and Moeeen has been made to look stupid here. Big celebrations from KXIP captain. He is delighted and how!

OUT! The change in the bowling attack has produced a much-needed wicket for the Kings XI. Murugan Ashwin bowls the wrong'un and Parthiv ends up closing the face of the bat rather too early, the ball spoons up after getting a leading edge to cover. Parthiv hangs his head low as he knows that he has to make the long walk back. He was batting so well. End of an enterprising innings.

OUT! Gone! Virat Kohli doesn't hang around long. Shami gets his man. Back of a good length delivery outside off and Kohli aimed to drive it over the infield, miscues it big time. His bottom hand comes off and Mandeep Singh completes a simple catch at covers.

DROPPED! Hardus Viljoen drops Kohli on three. It could have been a fantastic start for Mohammed Shami and Kings XI. Virat flicked it off his pads to Viljoen at midwicket, who absolutely makes a meal of it. Big miss this!

IPL 12 Match 42 RCB vs KXIP at the M Chinnaswamy Stadium in Bengaluru: That's it. RCB win by 17 runs.
Two wickets in Umesh Yadav's last over of the innings and it became tougher and tougher for Punjab to get closer to the target. Third successive victory for Bangalore in the tournament. Can you believe it? They can still breath in the tournament. Hopes still alive.

IPL 2019, RCB vs KXIP, Today's Match Preview: Virat Kohli's Royal Challengers are a charged up unit. With the inclusion of Dale Steyn in the side, a new spark has been added in their bowling attack and also with Kohli slamming runs in abundance, the Men-in-red and black look a different unit in the second phase of the tournament as compared to the dull and lousy one at the start.

Two back-to-back wins in the tournament, against quality opponents like Kolkata Knight Riders and Chennai Super Kings, has given a new ray of hope to the team. They have with them 6 points and yet again, they enter the return contest against Kings XI Punjab on Wednesday treating it as a knock-out game. Their chances of qualifying for the playoffs are bleak. However, RCB know they need to play good cricket to at least end the tournament on a positive note.

On the other hand, Kings XI Punjab are in better shape and position to qualify for the playoffs but that alone does not guarantee them the spot in the last-four. Punjab have four games left in the tournament and they would be looking to win all four to kick out any talk of NRR becoming crucial in qualifying for the playoffs.

Openers Chris Gayle and KL Rahul have played a crucial role in Punjab's wins in the tournament so far. However, the middle order has continued to disappoint. Batsmen like David Miller and Mayank Agarwal need to take up responsibility in the middle overs to guide the team to a decent total or home in a tough or tricky chase.

The last match played at M Chinnaswamy was a humdinger that went down to the last ball. The track at Bengaluru has not seen teams scoring runs easily. Even in the last match, both teams scored 160-odd. With more spinners in Punjab's XI, they will have a slight edge over the hosts.