Team India ushers in the new decade with a limited-overs series against an opponent in what has somewhat become an annual fixture over the last few years.

Team India ushers in the new decade with a limited-overs series against an opponent which the team plays on an annual basis, as it appears, over the last few years. Their first assignment of the year, in which they hope to lift the ICC World T20 for a second time, will see the Men in Blue pitted in a three-T20I tie against a Sri Lankan side that could very well consider India their second home.

Except this meeting nearly didn’t happen in the first place. Sri Lanka only agreed to take up Zimbabwe’s spot in India’s first home assignment of the year after Zimbabwe Cricket was suspended by the ICC in July for government interference (which was lifted three months later).

Pace spearhead Jasprit Bumrah’s return to international cricket after spending months on the sidelines is perhaps the biggest talking point ahead of the series opener on Sunday. Bumrah had suffered a stress fracture in September right after a fruitful tour of the Caribbean, one in which he joined an elite list of bowlers with Test hat-tricks. He was supposed to make an appearance for Gujarat in their fixture Kerala in the Ranji Trophy, but was rested upon BCCI’s insistence, and the question of match-readiness and the factor of rust creeping into his form will make for some interesting discussion in the build-up to the series. 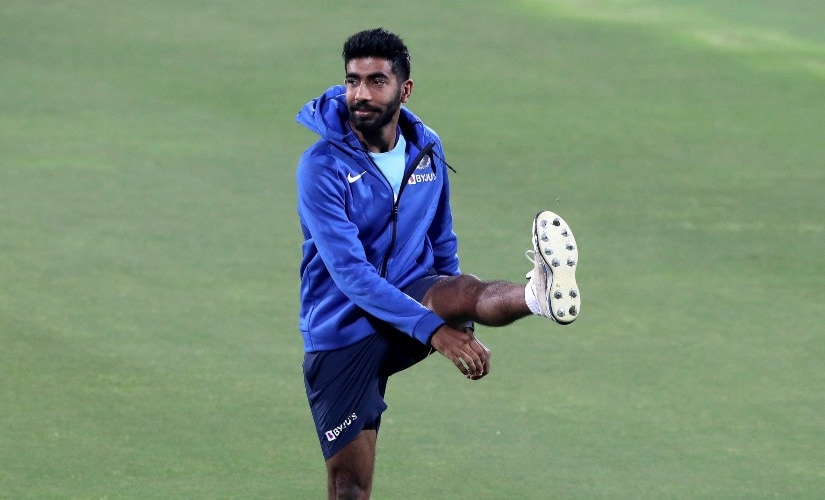 Jasprit Bumrah trains with the Indian team ahead of the start of the three-T20I series against Sri Lanka. AP

While Bumrah looks like a certainty to feature in each of the three games in this series, as well as in the Australia one-dayers that follow (subject to his fitness), the team management might have to juggle between Navdeep Saini and Shardul Thakur for the second frontline seamer’s slot. Thakur’s heroics with the bat in the ODI series decider against West Indies certainly has made him a little more prominent in the eyes of the captain, and he could be given the go-ahead this Sunday ahead of Saini.

The selectors also named Shikhar Dhawan in the squad while giving limited-overs vice-captain Rohit Sharma a breather after a hectic calendar. It gives Dhawan a chance to redeem himself after falling down the pecking order in the batting line-up. His absence in the West Indies series was a boon for KL Rahul, who grabbed the opportunity with both hands and elevated himself to the status of a first-choice opener with three fifties and a hundred across the three T20Is and as many one-dayers. Dhawan, who’s eyeing a fresh start this time around, knows every opportunity henceforth is crucial with talks of Mayank Agarwal being drafted into white-ball cricket also doing the rounds.

Pacer Lasith Malinga continues to lead the Sri Lankan outfit in the shortest format of the sport, having led them in two of their last three T20I assignments — opting out of the Pakistan tour expressing security concerns. The Lankan camp will also welcome back into their fold senior all-rounder Angelo Mathews, who hasn’t played a T20I since August 2018 and will now hope to establish himself in the format that is set to dominate the 2020 calendar.

The visitors have experienced mixed fortunes in the recent past — having blanked top-ranked T20I side Pakistan 3-0 in their own backyard before experiencing a series defeat by the same margin against Australia in their trip Down Under. While the Lankans have had some positives to relish in the year gone by, including whitewashing South Africa in South Africa, holding New Zealand to a series draw at home as well as their T20I series win over Pakistan, they still are a side that are struggling to find their feet and revive the glory of the 1990s and the 2000s.

While there isn’t much discussion surrounding climate or pollution this time around, there had been some security concerns in Guwahati — which hosts the first T20I — due to the anti-CAA agitation that led to violent clashes between protestors and police in Assam and had affected domestic fixtures in December. Assam Cricket Association officials however, have assured of the city being “safe as any other place in the country,” and that the match should go ahead as per schedule.