The dialogue began with the release of the official trailer of Thappad on Friday. The trailer took a deep dive into normalisation of domestic violence in India, by focusing on one particular incident when a husband slaps his wife.

A still from Thappad trailer

#ThappadTrailer is a much needed reply to Kabir Singh/ Arjun Reddy. The violence is totally unacceptable in any relationship. Kudos to @taapsee @anubhavsinha @deespeak and the rest of the team. https://t.co/Il0swjBVdW

#Thappad is the resounding aftermath of #KabirSingh rhetoric, which needs to be heard. We needed this film @taapsee @anubhavsinha. Look forward! — Lady Lala (@shrusaumya) January 31, 2020

"Thodi bahot maar-peet toh expression of love hi hai na" a slap on Kabir Singh and those who think it is OKAY for a husband to slap his wife. #ThappadTrailer @taapsee you are amazing & proud of you. Thank you @anubhavsinha for highlighting such an important issue. — Pooja (@iamp00ja) January 31, 2020

i’m glad that although we have movies like kabir singh that we also have movies like thappad that reminds us that: no, it’s never okay to hit each other not even when you’re in love — (@somuchbolly) January 31, 2020

Hey Kabir Singh, Thappad trailer is all what we were talking about. — Raj Ajay Pandya (@musinich) January 31, 2020

Kabir Singh, which released on 21 June, 2019, created an uproar for its portrayal of the lead character and its unabashed endorsement of toxic masculinity.

Sandeep Reddy Vanga, the director of Kabir Singh and its Telugu counterpart, also got acute backlash for defending violence against women in the movie. After the release, Vanga had said in an interview, "If you can’t slap, if you can’t touch your woman wherever you want, I don’t see any emotion there. (sic)"

The trailer seems to take a dig at Vanga's statements as a character is heard saying, “Thodi bahut maar-peet to expression of love hi hai na sir,” according to an India Today report.

Taapsee had also taken a dig at Vanga when his statement surfaced. She shared a news report of a man slapping his wife on Twitter, writing in the caption that the action must have been a result of his love for the woman. 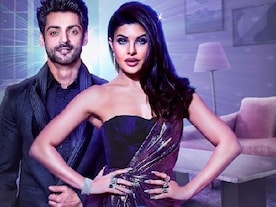