The trailer for computer-animation film Spider-Man: Into the Spider-verse will be attached to Rajinikanth and Akshay Kumar's magnum opus 2.0. Shankar's ambitious sci-fi project hit the theatres on 29 November.

It was recently reported that two weeks ahead of the release of Into the Spider-Verse, Sony Pictures had started working on a sequel and an all-female superhero spinoff to the film. It is being conjectured that the all-female spinoff could revolve around Spider-Gwen, Spider-Woman, Madame Web, Spider-Girl and Silk.

Into the Spider-Verse has been directed by Bob Persichetti, Peter Ramsey, and Rodney Rothman, from a screenplay by Phil Lord and Rothman. The film, featuring Shameik Moore, Hailee Steinfeld, Jake Johnson, Liev Schreiber, Brian Tyree Henry, Luna Lauren Velez, Lily Tomlinand and Mahershala Ali as voice cast, will be opening on 14 December. 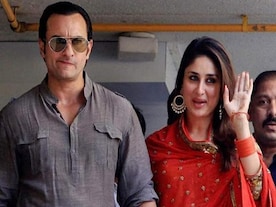