After receiving several awards for her impeccable performance in Mahanati, the biopic of legendary actress Savitri, Keerthy Suresh’s three routine mass entertainers Sandakozhi 2, Saamy Square and Sarkar didn’t give enough scope to display her acting prowess. But all the three films were signed before Mahanati so the actress couldn’t do much about her characterization. In fact, director AR Murugadoss, who made Sarkar said that had he seen Mahanati before, would have given her a better role and utilized the full potential of the actress.

Keerthy took her time before signing her first film post the release of Mahanati. In an earlier interview with Firstpost, the actress said she listened to more than fifteen scripts and turned down all the offers before signing the female-centric film with newcomer Narendra. “Mahanati has changed a lot of things in my life. I’ve listened to more than fifteen scripts until now but yet to take a final call, mainly due to the expectations created by Mahanati. Henceforth, I will act in commercial films which provide good scope to perform”, said the actress.

Though Keerthy maintains secrecy about her heroine-centric film with Narendra, she said: “This is the first film I signed after Mahanati. Every woman will be able to connect with the story of the film. Nearly 75 percent of the film will be shot in the US while 25 percent will be canned here in India. I can reveal more details only during the release”. Produced by East Coast Productions, the untitled film also has two veteran actors, Nadhiya and Rajendra Prasad playing pivotal characters.

The talented actress is also foraying into Bollywood with Badhaai Ho director Amit Sharma’s new sports drama alongside Ajay Devgn. “I’m elated and honored to be a part of such a great story. This is a film that will make each and every Indian proud. I believe this is a story that doesn't belong to any specific region or language of India but is a great Indian story that the world should know”, said Keerthy about her debut Hindi film in an official statement.

Produced by Boney Kapoor, Akash Chawla, and Arunava Joy Sengupta, the yet-untitled film is loosely based on the life story of well-known football coach Syed Abdul Rahim who trained the Indian team in the 1956 Melbourne Olympics. Both Keerthy and Ajay Devgn will be sporting young and mature look in the film, says a source close to the team.

Apart from these three films, Keerthy has now signed a trilingual film in Tamil, Telugu, and Hindi with award-winning director Nagesh Kukunoor of Hyderabad Blues fame. To be jointly produced by Reliance Entertainment and another Telugu producer, popular composer Devi Sri Prasad is composing the music.

Sources close to the actress tell Firstpost that Keerthy is currently busy shooting for Narendra’s film for East Coast Productions; she has also shot a few scenes in Marakkar: Arabikadalinte Simham and will begin shooting for the Ajay Devgn-starrer by the second half of this year.

Keerthy will commence Nagesh Kukunoor’s film only in 2020 and she is giving nod only to films which provide good scope for her to perform. Though many mass entertainers with hefty remuneration come in her way, Keerthy Suresh is very clear and decided to do only quality films in the coming days. 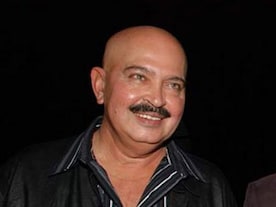